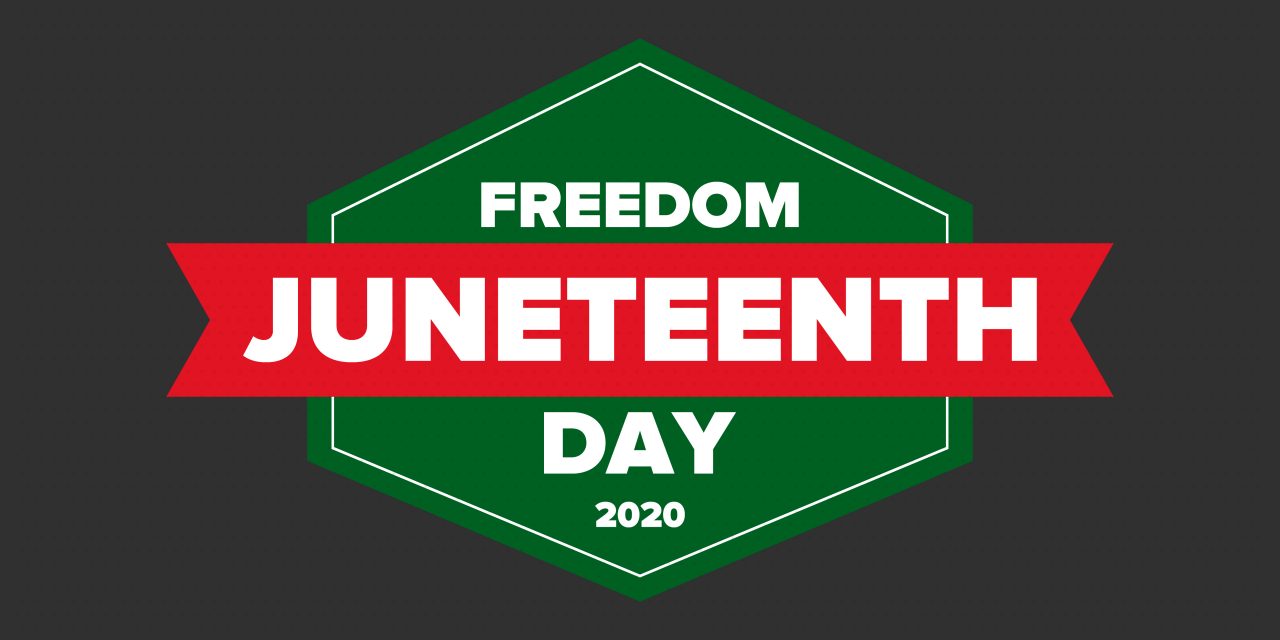 Are you familiar with Juneteenth? Funk & Wagnalls New World Encyclopedia’s definition is as follows:

Juneteenth is a festival held in many African American and other communities to commemorate the end of slavery in the United States. The name of the festival refers to June 19. Juneteenth festivities often include plays and storytelling, parades, and family reunions. Some communities hold longer Juneteenth festivals, spanning several days, as a celebration of civil rights and freedom. Juneteenth has been a legal holiday in Texas since 1980.

The festival originated in Texas at the end of the American Civil War (1861-1865). In 1863, President Abraham Lincoln issued the Emancipation Proclamation, which declared freedom for the slaves in Confederate states in rebellion against the Union. However, many slaveowners in Texas suppressed information about the emancipation even after the war ended in April 1865. On June 19, 1865, Gordon Granger, a Union general, entered Galveston, Texas, and ordered all slaves in the state to be freed. About 250,000 slaves, among the last slaves remaining in the United States, were freed. 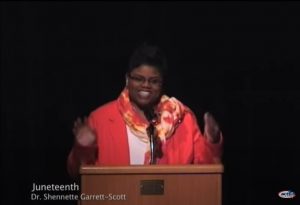 While this offers a good overview, there is more to the story. Historian Dr. Shennette Garrett-Scott shares a great deal in her talk found below. To touch on some points from the video (with video markers for quick reference), a large percentage of slaves were not freed by the Emancipation Proclamation. They freed themselves by running away. They ran to the North or Union lines where they set up camps and created communities. The Emancipation Proclamation did not even apply to border states that stayed loyal to the Union (8:50).

Although it was not the root of freedom for all blacks, Texans were forced to acknowledge the end of slavery on June 19, which was huge progress. This new Afro-Texan Emancipation Day was often referred to as “Jubilee Day.” It became known as “Juneteenth” inside African American circles around the 1890s. Celebrations picked up and were observed in places like Southeast Oklahoma and some areas in Louisiana (14:10).

During some of the celebrations, politicians would try to get the support of black voters. They encouraged blacks to register to vote. (15:15). Freedom was supposed to include the right to vote, but many obstacles were created to keep blacks out of the voting polls. The 15th Amendment was passed in 1870 stating: “The right of citizens of the United States to vote shall not be denied or abridged by the United States or by any state on account of race, color, or previous condition of servitude.” However, things such as literacy tests and the “grandfather clause” prevented blacks from voting. It wasn’t until the 1965 Voting Rights Act that things drastically changed.

For a period of time, public Juneteenth celebrations dwindled greatly. Dr. Shennette Garrett-Scott believes it was due to a combination of factors including segregation, racial discrimination, xenophobia, and nativism that made many people (both black and white) see Juneteenth as potentially unpatriotic and focusing on dark times such as Red Summer (16:25).

Things really changed in 1936 when Antonio Maceo Smith, head of the Dallas Negro Chamber of Commerce, obtained a grant from the federal government in the amount of $100,000 to build “Hall of Negro Life” on the state fair grounds in Dallas, TX for the Texas Sesquicentennial. There was a lot of friction over this, but the hall was built. It was dedicated on June 19. Many blacks flocked to the fair grounds for the largest Juneteenth celebration up until that point. This helped spur the cause and revive Juneteenth celebrations (18:50).

President John F. Kennedy referenced the Emancipation Proclamation in a speech pushing for federal civil rights legislation. Lyndon B. Johnson pushed the bill through after JFK’s death. This bill became the Civil Rights Act of 1964 (21:45).

Another significant June 19 was the Poor People’s March that was held during a Solidarity Day Rally in 1968. In the 1970s the Juneteenth celebrations began to expand to black pride and cultural heritage. Houston hosted one of the largest public celebrations in 1973 with their Blues Festival (22:25).

Representative Al Edwards introduced House Bill 1016 in 1979 to create a June 19 state holiday. It was approved with support from other legislators and became official on June 7, 1979. He also worked hard to get a Juneteenth memorial in Galveston. In 1999 a 5-statue monument had been built, but there was some controversy and other issues revolving around it. Eventually, in 2005, one piece of the five-statue memorial was displayed.

Check out these Juneteenth books recommended by former librarian/current Instructional Technology Coordinator, Latoya Clark-Horne. Tune in Friday to hear her speak about Juneteenth in a livestream on our facebook page.

Juneteenth for Mazie by Floyd Cooper

All Different Now: Juneteenth, the First Day of Freedom by Angela Johnson

The Story of Juneteenth: An Interactive History Adventure by Steven Otfinoski

Envisioning Emancipation: Black Americans and the End of Slavery by Deborah Willis

Who Freed the Slaves?: The Fight over the Thirteenth Amendment

If you are looking for various materials to discuss race in general, look here. You will find books, videos, and podcasts.

Sesame Street recently aired a Town Hall on Racism  you may want to watch with your children.

Did you know Jackson has an annual Juneteenth celebration? For more information visit: Juneteenth on Farish – Freedom March

See the Juneteenth video in full below:

At the Museum, Escape the Everyday

Storytime Fun With Your Favorite Celebrities