Why We SHOULD Sweat the Small Stuff

Life is filled with bromides…and one of those old-fashioned sayings is this advice: “Don’t sweat the small stuff.” While this is usually excellent advice for moms such as myself – who often fall into the “worry-wart” category – it’s not always that simple.

As Thanksgiving approaches, a food-related example is in order.

I have made homemade hummus for many years. It’s so good with the right dipping chips or veggie platter, and was a great way when my kids were little to get them to eat something that might contain actual nutrients. I convinced them it was junk food. A snack.

Unfortunately, what I made always paled in comparison to the hummus available in restaurants, and even in grocery stores. I could never figure it out; what was the problem? I had always followed the recipe! Yet…it was never quite as smooth. It was never exactly right.

As it turns out, the problem was a little tiny detail that slipped my consciousness, and this extra step made all the difference. A few weeks ago I decided to search out a new recipe, and lo and behold, one recipe that I came across included a step NOBODY had ever told me before. NOBODY! All the ingredients were essentially the same as I had used before – chickpeas, tahini, lemon juice, garlic, olive oil, a dash of this, a dash of that. All the processes were the same, with one exception. This new recipe had as its first step: “Remove skins from canned chickpeas.”

It only took me eight or ten minutes to handle each little pea – and pop it gently out of its transparent, edible skin – before adding to the blender. It was a small step, one that I had never heard of. It was “small stuff” – as in, the “stuff” you’re not supposed to sweat.

It made all the difference.

My hummus went from something that was healthy and edible but with dubious mouth-feel to something that was restaurant-worthy. I finally discovered the missing link, the holy grail of hummus goodness that made all the difference.

Why had so many recipes left out this step, hampering my ability to advance from “okay” cook to “good” cook (with illusions of someday reaching “great”…if I kept on trying).

I’m not trying to pass the buck. Really. The writers of all those other skin-including recipes probably took to heart that old bromide about not perspiring about minutia. They were oh-so-wrong.

I’m not saying this little analogy works for all scenarios. We, as parents, spend much energy worrying about details that nobody notices. We obsess on a “B” grade that could have been an “A.” We fret over every sniffle and cough, taking precautions that are often wrought by fear instead of rationality. We do all sorts of things that make us sweat through issues that turn out to not be issues at all.

A little discernment – and access to as much KNOWLEDGE as we can get our hands on – will help us know whether the “small stuff” is a dead-end waste of time, or whether it might turn our Thanksgiving table into culinary paradise. 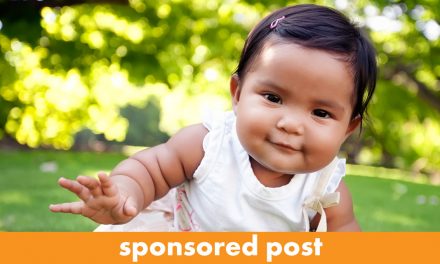 The Importance of Teaching Independence Within the First Year

7 Apps for the New Parent

We Asked, They Told: What Parents of Children with Special Needs Want Us to Know