As I sit in my office chair, my muscles slightly aching from my exercise commitment (which I didn’t end up following through), I’m looking around my cubical at the toys I have to review, trying to find some way to connect them together.  So after a couple of days of this, I figure I should just go against trying to force a connection, not when the word “hodgepodge” exists.  So I present to you a hodgepodge of summer toys.

First, we have a classic summer toy: the water gun.  Specifically, the Super Soaker Shot Blast.  The Shot Blast is part of a four-gun ensemble that makes up one team in the Soaker Wars.  The Shot Blast holds 38 fl. oz  of water and can fire up to 25 ft.  To fire the gun, you slide the pump forward to load the water, and then slide it back to fire your shot. It also has a shoulder brace that’s adjustable and a tactical rail for the N-Strike tactical scope that’s sold separately.  I personally would prefer if the gun had a trigger, but the Hydro Fury (another of the four guns) does have one, so if you’re like me you’d probably want to consider that one.  The Shot Blast can be found on Amazon.com for $21. 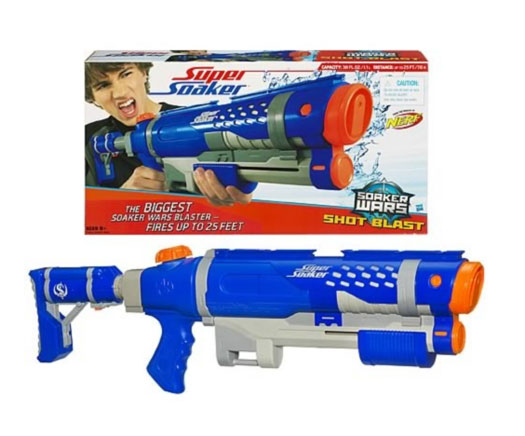 Now, if you’d rather cool down indoors (or on a breezy porch), Run Wild is a great card game to play to pass the time.  The object of the game is to get all the cards out of your hand first.  To do this you have to play a set (three cards of the same number) or a run (three cards in numerical order & of the same color) on the table.  If you don’t have the right cards (or you aren’t drawing the right ones from your draw pile), you can use the cards on the table, but only if there are at least three cards still in the set or run (runs must remain in numerical order).  At first I was concerned about how disorderly the game could be because players don’t take turns. However, when I played with my friends, there was time to think and make decisions on your game play even at its fast pace. I do wish the draw-three cards that are played actually had the words “draw three” on them.  Our first game was really confusing because of that.  Two to four players can play this game, which can be purchased at www.otb-games.com for $10. 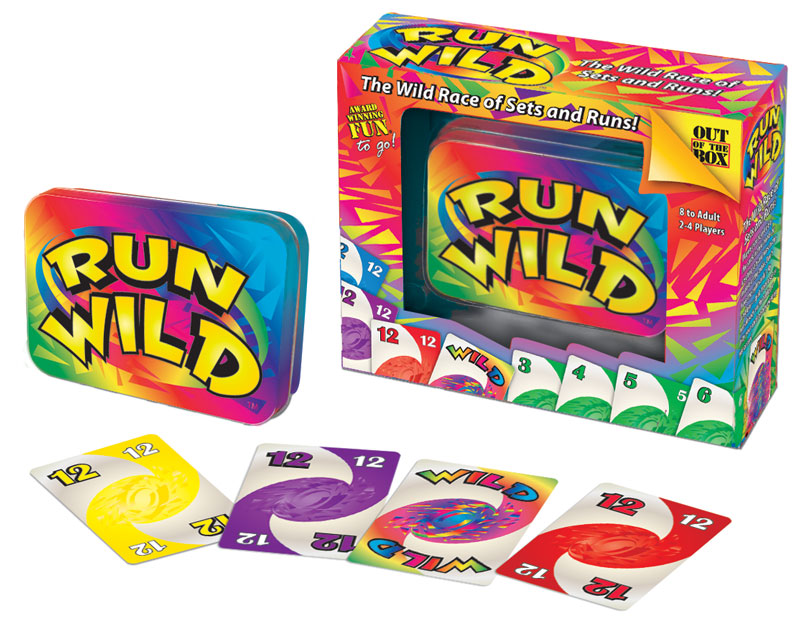