As I grew up, there were many occupations that I thought I wanted to have when I grew up. At one point in time I wanted to be a magician and started a collection of card decks that I used to do simple card tricks. These decks came in handy on trips where my friends and I played all types of games. When thinking about this month’s Toy Box, I thought it would be a good idea to dive into the world of card games. Even though there are as many card games as there are cards in a deck, I selected a few old favorites as well as some new ones you may not have heard of.

Uno has been a favorite for years. Based on Crazy 8’s, the object of the game is to get rid of all the cards in your hands by placing cards of the same number or color on the top of the discard pile. There are also Skip, Reverse, and Draw cards that add some challenges to the game. And if that isn’t enough, everyone has their own house rules, from playing an exact same card out of turn to slapping the deck when someone plays a 9 (the last person to slap the deck draws 2 cards). Mattel has also come out with several variations of Uno, most of which include a base. With Uno Attack, instead of drawing from a deck, you hit a button. Sometimes the base doesn’t spit out anything, but other times it spits out many cards. With Uno Spin, you spin a wheel when the spin card gets played. When it stops spinning, you may have to trade your cards or draw some. A pack of Uno cards salls for about $7 on Amazon.com and the other versions of the games between $18-$35. 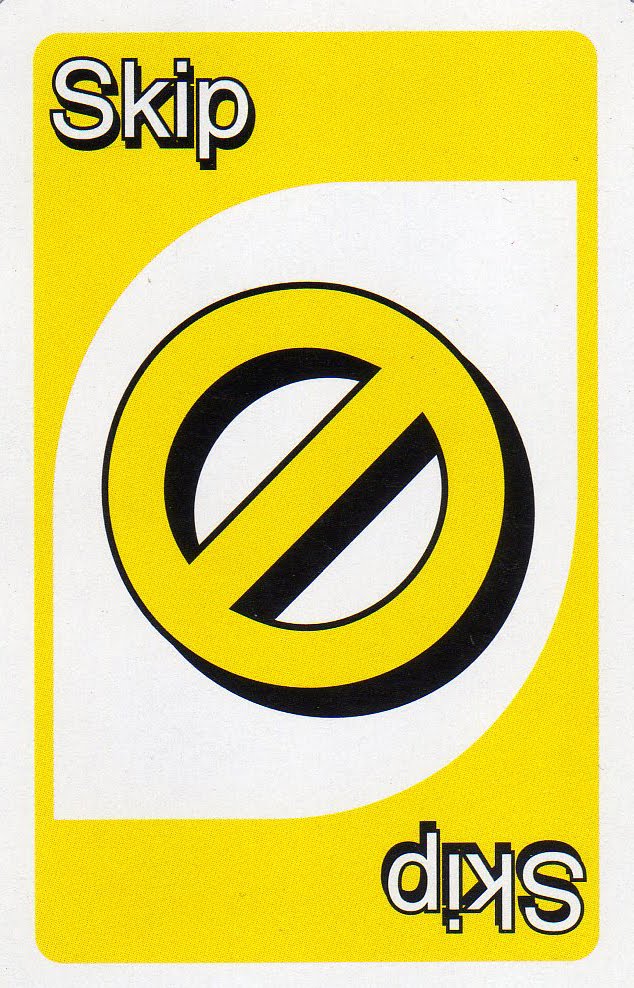 Apples to Apples is another great card game. To play this game you’ll need at least four people. There are red cards and green cards. Each player has seven red cards in their hand. These red cards have nouns on them ranging from famous people to events in your life (i.e. “my prom”). The green cards have adjectives on them. One player draws a green card and reads aloud the adjective. Then the other players pick a red card in their hand and slide it secretly over to the first player. The card they pick is what noun they think goes with the adjective. The first player picks up the cards (not knowing who picked which card), and from those cards the first player picks what they think is the best answer. Whoever wins gets the green card, and the next player in the circle pulls the green card for the next round. The game ends when someone gets 3-7 green cards (this is decided at the beginning of the game and depends on how many people are playing.) The fun thing about this game is that it all depends on who is playing and their personalities. When deciding which red card to play you have to think about who the judge is and what card they’d pick instead of what card you’d pick. It’s also a good game to get to know one another with. The party box it comes in is for ages 12 and up. This is because some cards have words like “Sultry” on them. However, there is a Junior box for ages 9 and up, and kids’ box for ages 7 and up. The party box is about $27, the junior pack is about $19 and the one for 7 is about $25, all from Amazon.com. 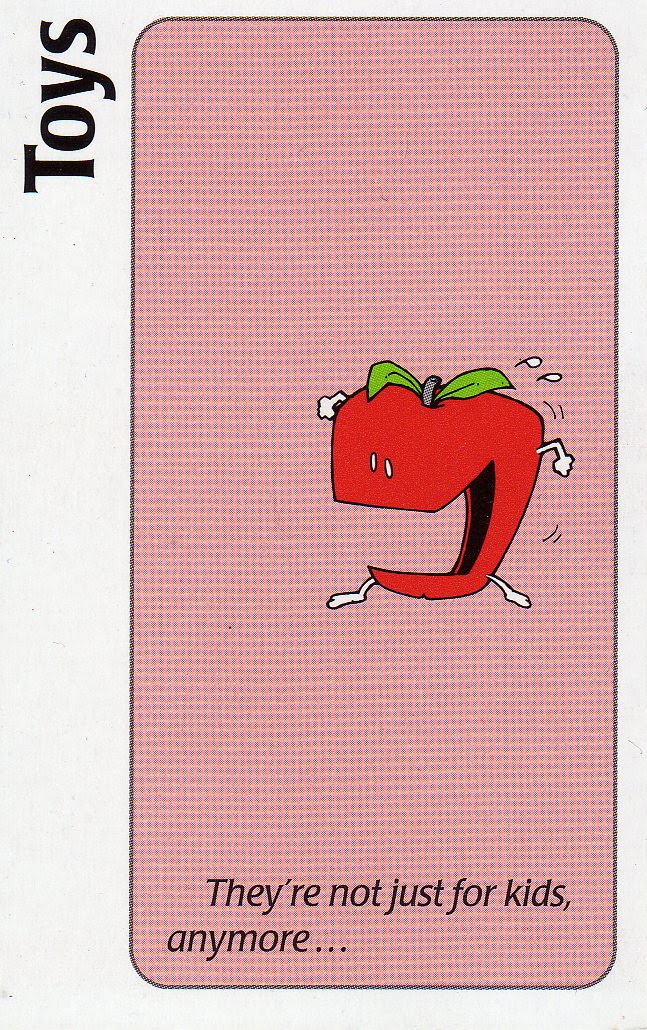 Top Trumps comes to us from England. It’s similar to the game War, and there are many different packs with themes from Star Wars to insects. Each card contains a character; for example, Yoda would be in a Star Wars deck. On each character card there are about five statistics like knowledge, likability, or cuteness, and each character has its own numbers. When playing, one person chooses a statistic, then the players tell what number they have for that statistic. Whoever has the highest number gets both cards to place in the end of his deck. Whoever wins the cards gets to pick the next statistic. If there is a tie, those two cards are set aside, and the player who picked the statistic goes again. The player who wins those cards also wins the two cards that tied. You can find these card packs at Barnes and Noble in the Renaissance or at Amazon.com. They cost about $8 per pack, or you can get them in bundles of three on Amazon.com for around $20. 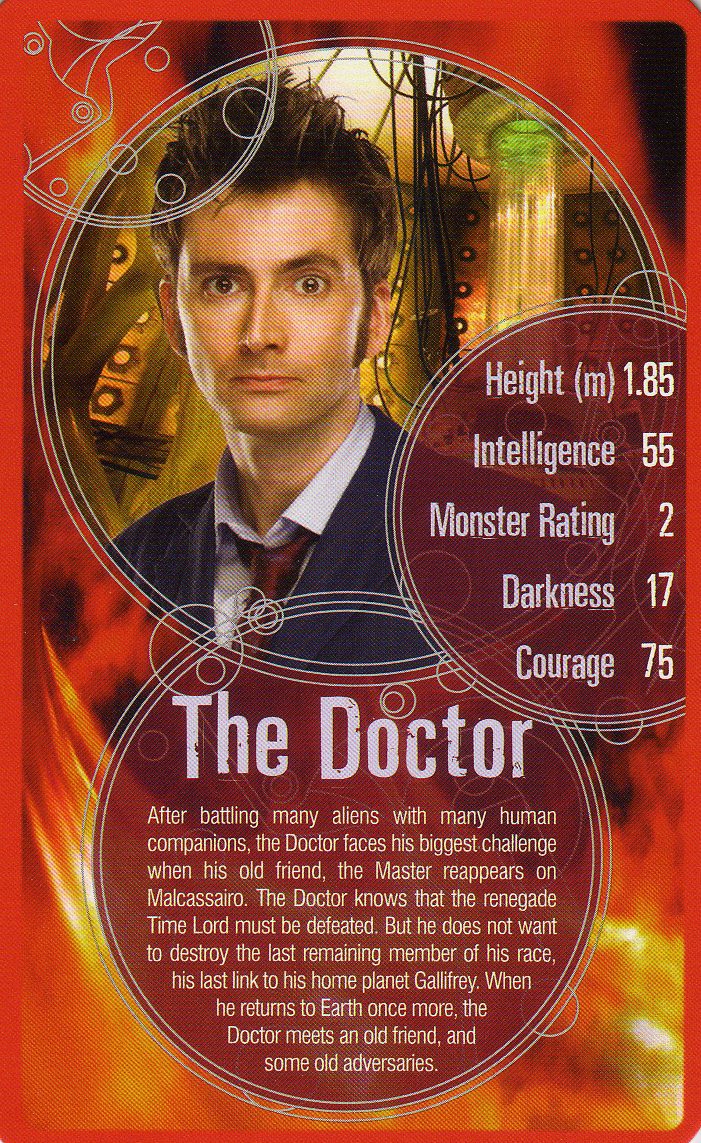 If you don’t feel like buying any of these specialty card decks to play a game, there are many card games that can be played with just a simple deck of ordinary cards. Hearts, Spades, Spoons, Crazy 8’s, Bridge, Rummy, Gin… the list goes on and on. www.pagat.com is a website with an extensive list of card games and how to play them. Some other websites focused on just one game are http://www.acbl.org/learn/howtoplay.html for Bridge and http://rummy.com/rummyrules.html for Rummy. And if you ever get board and you’re by yourself, there is always the basic game of solitaire, 10 games of which can be found at http://boardgames.about.com/od/solitaire/tp/best_solitaire_card_games.htm.