Recently I’ve been enjoying the Rings of Power series. Watching dwarves, elves, and hobbits has been fun. Especially exploring other parts of Middle Earth before The Lord of the Rings story happens. That’s why this month I focused on games of exploring fantasy worlds.

In this game players create a map and set out on a journey to explore it. The first active player decides what tiles to place in the frame and the other players place them the same way. Each player starts at the village closest to the center of the board and places and X on it. Then the active player turns over a tile showing two types of terrain and picks one. From the village with the X, the player marks an X on three spaces on the terrain they chose. The Xs must be next to another space with an X and can’t be placed on a space that is diagonal. The other players can play 2 Xs on the same terrain that the active player chose or play 3 Xs on the other option. Once everyone has placed their Xs, the player to the left of the active player becomes the active player. As players place Xs on their map they collect points in the forms of icons. At the end of 7 turns, a round of game ends, and players record their current points. After 4 rounds the game ends and the person with the highest points wins. 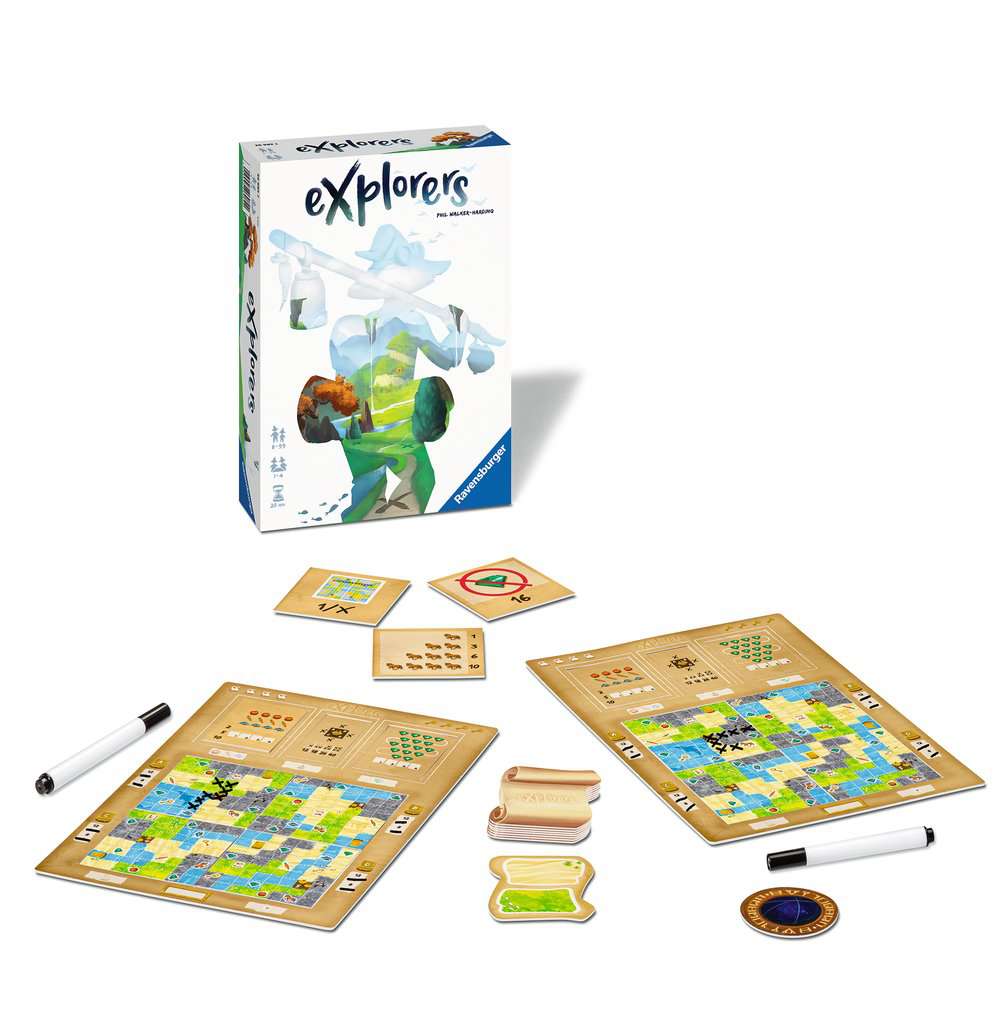 Much like Explorers, in this pen and paper game, players explore a dungeon by crossing out spaces. One player rolls 5 dice: 4 white and 1 black. Then players pair up the dice to get two numbers. The person who rolled can use the black die in their pairings, but everyone else can only use the white dice. Players cross out matching numbers that are next to rooms they’ve already crossed out. Along the way, players will fight monsters and collect gold and gems while avoiding taking damage. You take damage whenever you can’t cross something out on the page. The game ends once a player defeats all the monsters or if all players take too much damage and die. Great game to play again and again. 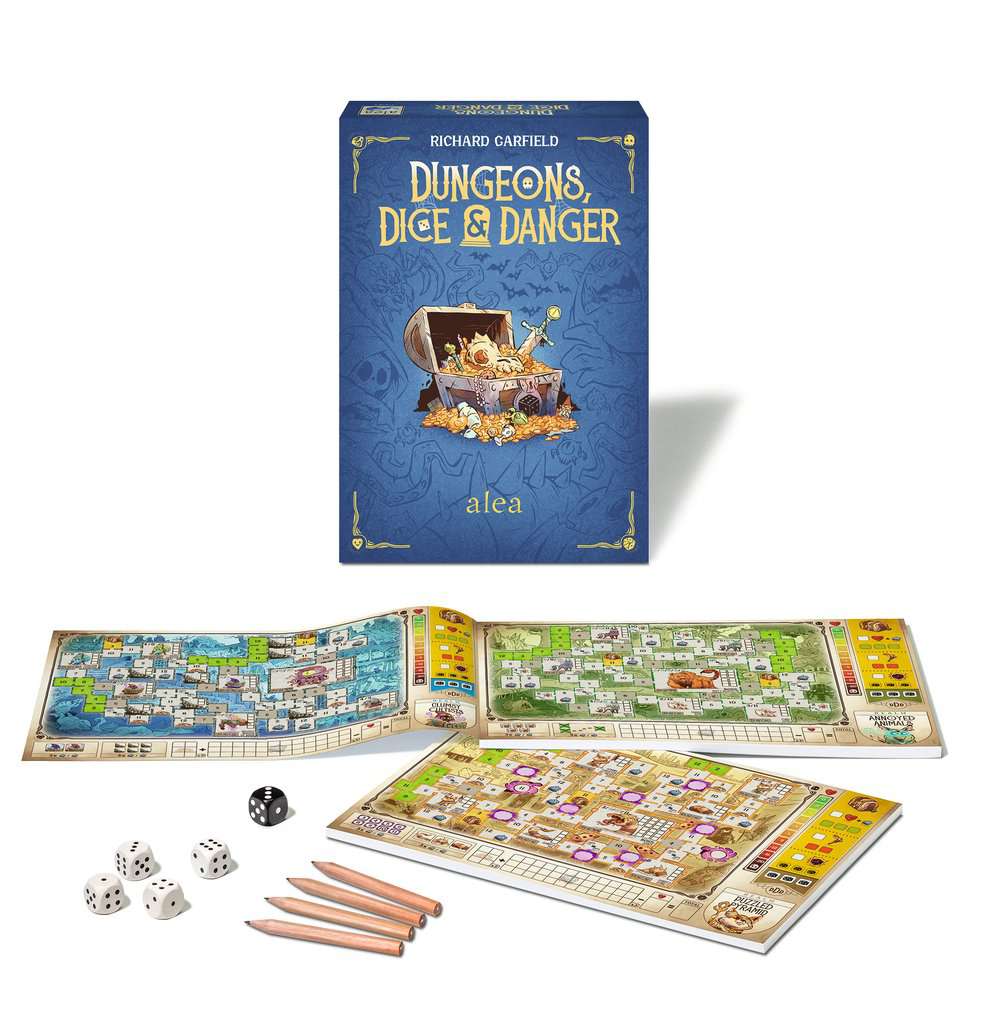 In this logic puzzle from ThinkFun, players try to create two dragons on a waterfall. There are 60 cards that tell you where to place the beginning pieces of the dragons and which pieces you need to complete the dragons. The cards range from beginner to expert and the solutions are on the back. Dragons must be connected to the same-color pieces, but the pieces can overlap with one another. If you enjoy logic games and puzzles, this is perfect for you. 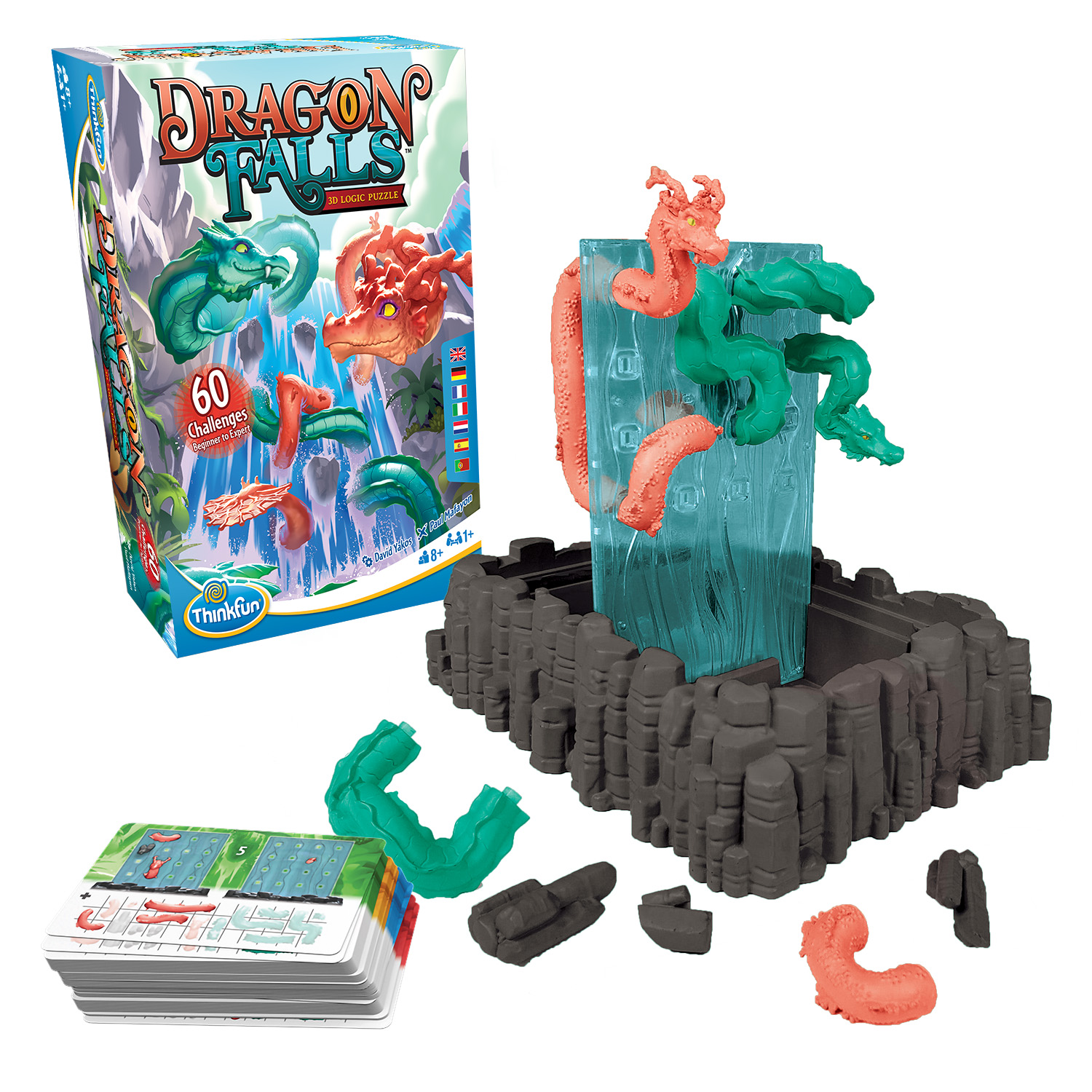