There is a YouTube channel called Geek and Sundry, run by actress Felicia Day. My favorite show on it is Table Top, which is hosted by actor Will Wheaton. Will and several other geeky VIPs sit around a table and play lesser-known games. For this month’s Toy Box, I chose three fun games they played in the Table Top episodes. If these three games sound great, head over to youtube.com/geekandsundry, and look for the Table Top episodes where they have played tons of games. Because of language, viewer discretion is advised.

First is the game Tsuro. The object of Tsuro is to keep your dragon on the board for as long as possible without running into another dragon. It’s as simple as that. The board is divided up intoa 6×6 grid, and you place your dragon (a little colored stone with the picture of a dragon on it) on one of the hash marks that run along the edges of the grid. Each person has three tiles in his hand. On your turn, you lay down one of your tiles on the grid where your dragon is, and then the dragon follows the path on the tile until it comes to the end of the path. You have to watch out for others, because if you run into them, both of you are out. Also, if someone else lays down a tile that connects to the tile your dragon is on, the dragon still has to follow the path until the path ends. This game is simple and quick and can be played by up to 8 players. It costs about $30 at Target. 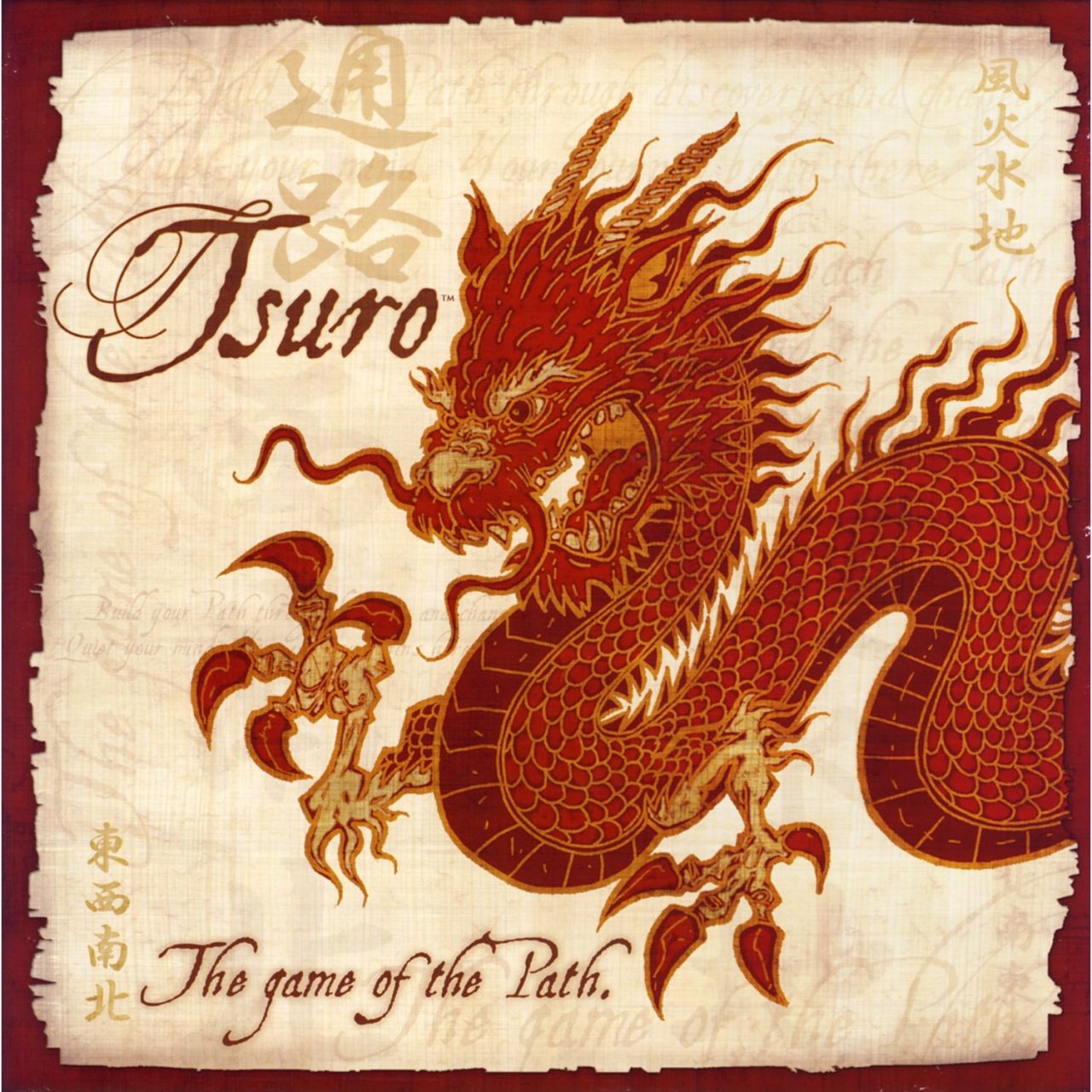 Next is the game Ticket to Ride. The board for Ticket to Ride is a map of the U.S. Your job is to take tickets that have two cities on them and connect the cities via train routes that are claimed by using your color trains. If you make the connection, you get the number of points on the card. If you don’t, you lose those points. (Your points build up during the game when you earn points for each train route you claim). On your turn you can do one of three things: draw two cards (or one wild card), claim a route between two cities, or get another ticket. The cards are used to lay down your trains. The cards all have to be the same color, but some routes can only be claimed by using a specific color card. It gets a little competitive when people take the route that you were planning to take. There are also some double routes that can be used when more than three people are playing. Once someone is down to less than three trains, the game is over, and everyone gets one more turn. At that point, you give and take away points accordingly to see who won. There is also a ten-point card for whoever has the longest train route. If you like this game, there is also a Europe version and some expansion packs that add more to the game. It costs $50 at Target and is well worth it. 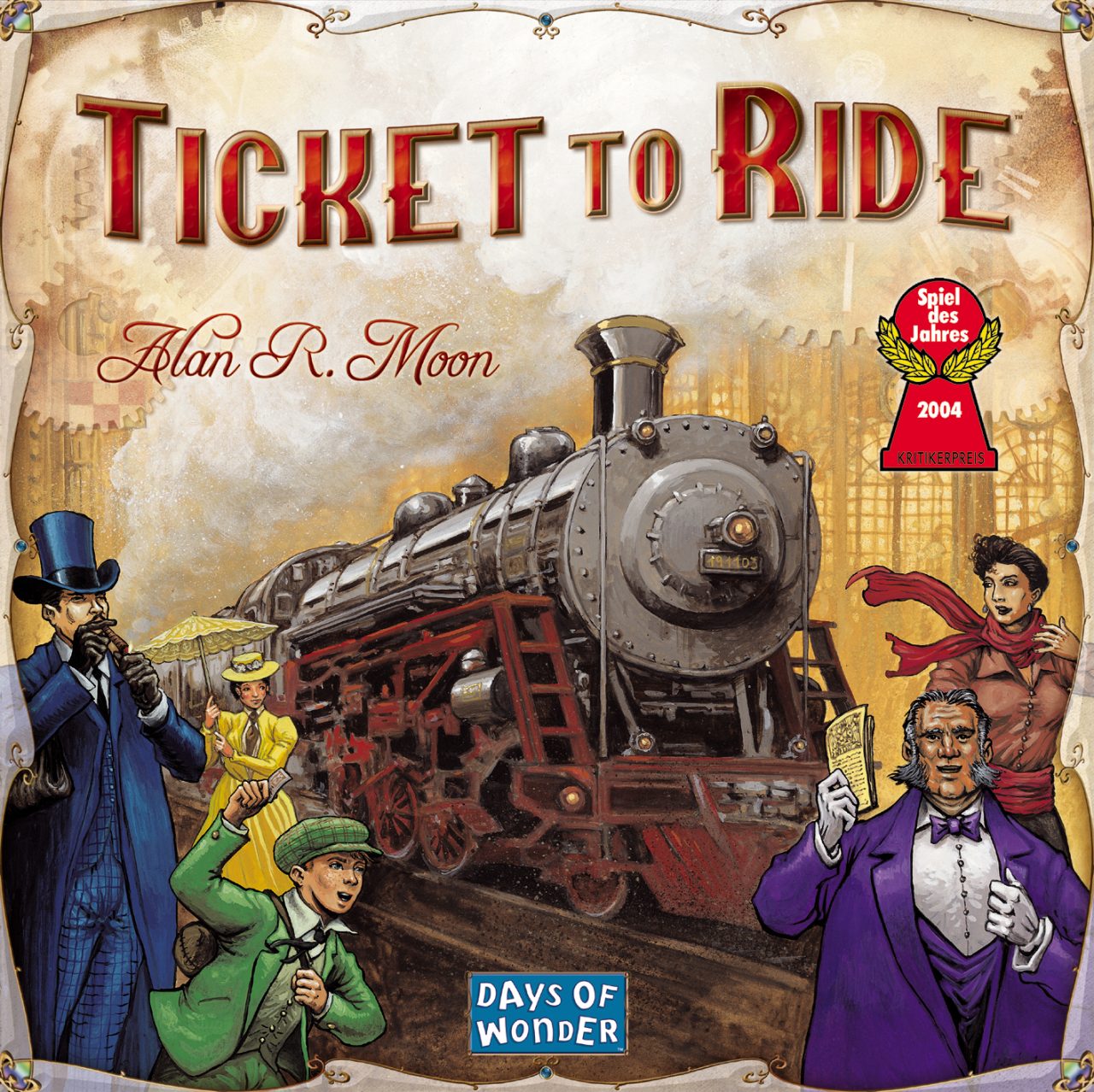 Finally we have Dixit. Dixit is a game that relies on how well you know the people that you’re playing with. In this game, everyone has a hand of six or seven cards (depending on how many are playing) with beautiful illustrations on them. One person is the active player. This person picks a card from his hand and gives a clue to the other players about what’s pictured on it. The clue can be anything from a color to a sound to a movie title. Then the other players look through their hands to find cards that could also fit the same clue. Everyone then turns their cards in to the active player, who mixes them up, turns them over, and places them next to a board with numbers on it (this gives each card a number). 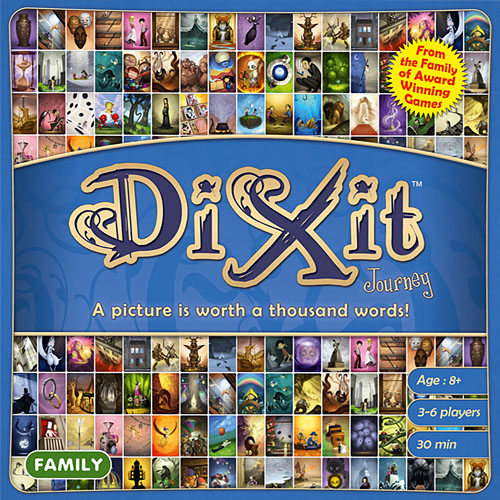