Last month when I was writing my column I had to take out a sentence before it went to press. It was about the new game Rear Window and how gameplay was much like the game Mysterium. I had to take it out because I realized that I had never written about Mysterium before. I also found Dungeon Decorators when I was visiting Seattle last fall, and I haven’t gotten the chance to write about that either. So this month I’m writing about both of them.

In this co-operative game, no-verbal communication is key. A murder has tooen place, but nobody knows who did it, where they did it, or what object was used in the murder. Fortunately, one player plays the role of the ghost of the victim and has the answers. The other players must each figure out a who, a where, and a what that the ghost has chosen for them. Each player has their own suspect, location, and object that they are trying to guess from the same pool of cards laid out on the table. The ghost uses cards with pictures on them to try and get the other players to guess their cards correctly before 7 rounds have happened. If everyone hasn’t figured out their who, where, and what in 7 rounds then everyone loses. If everyone has figured them out in time, then the game moves on to the final round. In the final round each player’s set of cards is placed in the middle. The ghost chooses one of the sets to be the truth about the murder and finds three picture cards to get the players to guess which set is the solution. The players make their guesses and if the majority of players guess correctly, everyone wins. This game is fun to play during Halloween time. 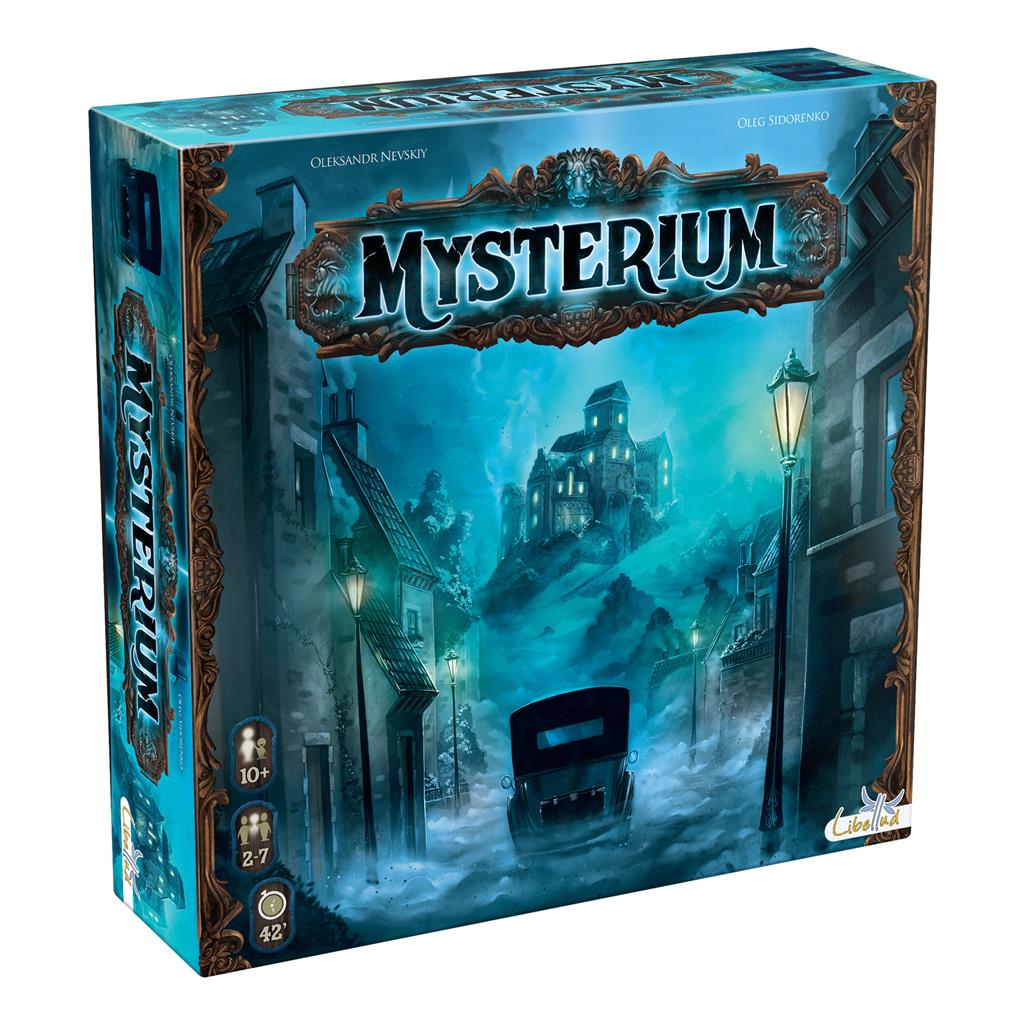 In this tile game, players compete against one another to design the best dungeon for the villainous client. Players will take turns picking between tiles to use in their dungeons. One side of the tiles has a hallway or room, used to construct the dungeon, while the other side shows decorations that can be used to decorate the hallways and rooms you’ve placed. There are three different types of goals players can achieve to be awarded points. The first are shape goals. These cards show a set of tiles that have to be placed in a certain way to be awarded those points. The next are decoration goals. These cards show a set of decorations that need to be placed in a room or hallway to be awarded these points. Finally there are the boss goals, these are awarded at the end of the game and have the preferences of the clients on them. While players have their own shape and decoration goals, the boss goals are the same for everyone. Some tiles also have colors on them and you get bonus points for having different color tiles and for having the most of one of the colors. The decorative side of the tiles may also include icons that stand for different assistants that can be used to do different things like moving tiles that have already been placed in your dungeon. This game is very fun to bring out the designer in you. 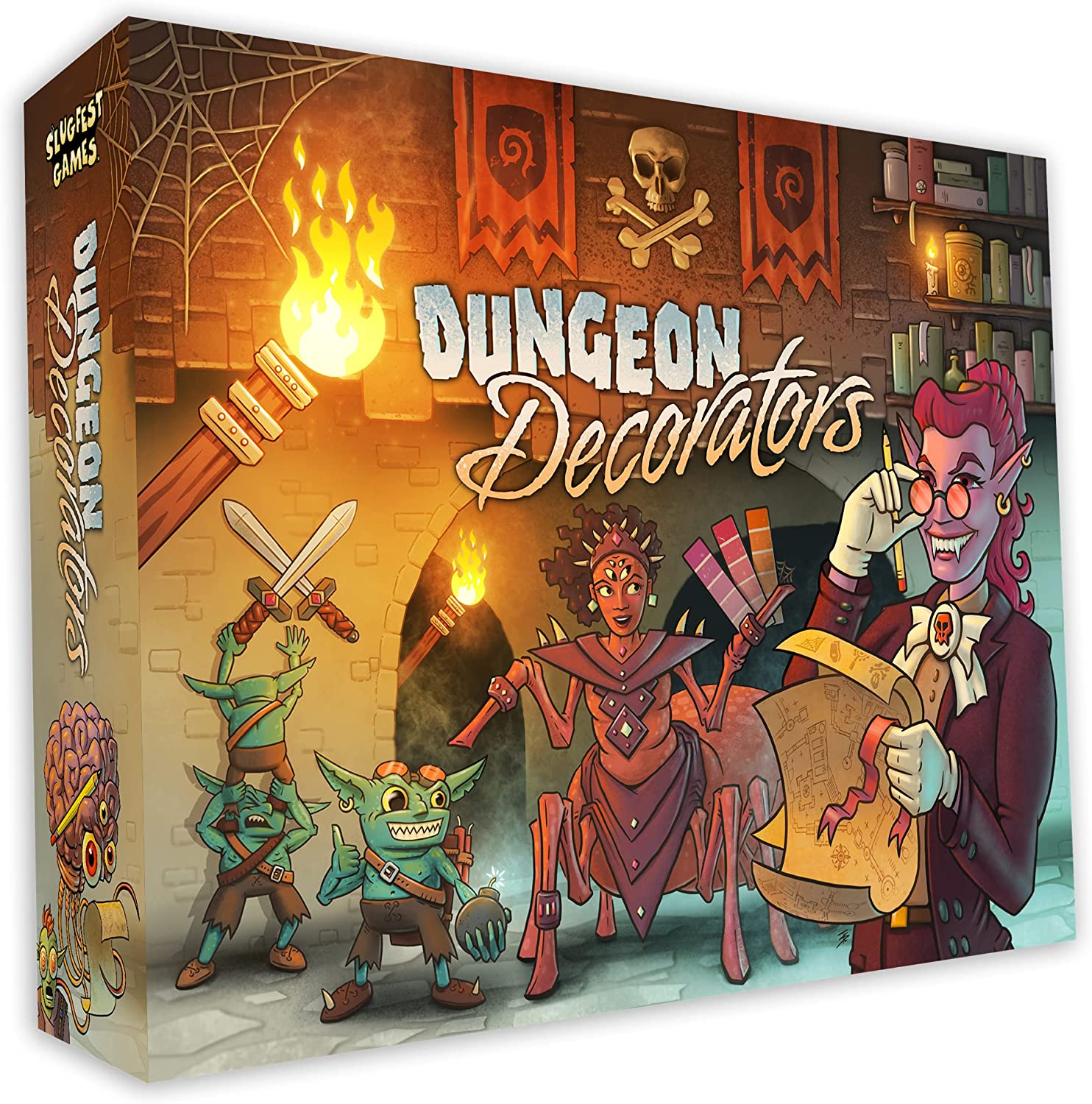