Southaven is giving its residents and visitors a reason to get excited. Springfest is coming to town!

An upcoming five-day festival on April 24-28 is a special celebration of the 38th anniversary of the city. It also happens to be a great excuse for carnival rides, delicious fair food and great music.

“As far as the carnival, games and activities that we have, they have become a family-friendly event,” said Springfest organizer Kristi Faulkner, “not only for Southaven residents, but everybody in the area. And with the amphitheater being built, that definitely has drawn people from even farther, I think. It’s a Southaven Birthday celebration!” Faulkner’s full-time career is Executive Assistant to Southaven Mayor Darren Musselwhite, yet as fall becomes winter, and winter turns into spring, her focus is making Springfest bigger and better each and every year. She shares: “Every tiny detail is hard work, but it’s very rewarding, when the gates are finally open and you see the flood of people coming in – it’s exciting!”

Musselwhite is serving his second term as mayor. “My children love the ride nights,” he said. “I compare it to when I was a kid. We used to go to the Mid-South Fair up in Memphis. Now, my kids look forward to Southaven Springfest like we used to look forward to the fair. They get so excited about it, so I love that for them.”

Parents and kids of all ages do their best to soak in all the sights and smells of the first three nights, but it’s the Friday-Saturday lineup of music and BBQ judging that produces the biggest gathering of folks. Last year’s musical acts included alternative band Better Than Ezra and country artist Craig Morgan. The 2018 schedule is still yet to be confirmed.

“We do everything we can with our Springfest budget to bring in the best acts that we can get,” said Faulkner. “And so far, so good. We hope this year to bring in even better ones than in the past.”

There’s also the Mississippi State Barbecue Championships, a dual-sanctioned event with the Memphis Barbecue Network and the Kansas City Barbeque Society. And for those not fortunate enough to enter the BBQ tent area, the smorgasbord of food items along the Midway shouldn’t disappoint. There will be  corn dogs, funnel cakes, deep-fried Oreos and Twinkies, chicken-on-a-stick, smoked sausage and so many other special southern treats.

And that’s good news for Southaven resident Bryan Ross, who after raising four children around the Springfest hoopla, is now in the business of delighting his young grandson, Ethan. “He loves the rides and all that,” said Ross. “Some big towns have traditions, and Springfest happens to be Southaven’s tradition. It’s the annual event people look forward to.”

The event organizer Faulkner shares her sentiments: “I love my job. I’m blessed to have my job, and Springfest has literally become my baby. There’s a special magic in the air during the festival. I love watching the community come together – just celebrating Southaven, which is where I’ve grown up my entire life and raised my family here.”

Chris Van Tuyl is a DeSoto County resident and former newspaper journalist who enjoys the company of his wife and pets, and watching sports.

Pilates Reformer – a Game Changer for Your Fitness Goals 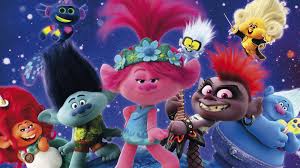