Sweet Dreams are Made of Fall

The arrival of fall is a real treat. And we’re not talking about the cooler temperatures the season brings. (Although, that is a real plus.) What we’re referring to are the tasty flavors of fall. You know, pumpkin spice and everything nice. Creative confections can be found throughout Central Mississippi. Only available for a limited time, you (and your taste buds) need to act fast if you want to indulge on all fall has to offer. Lucky for you, we scoured the area and found some of the state’s best seasonal treats.

Campbell’s Bakery has been serving up sweets since 1962, making it Jackson’s oldest bakery. Its cookies and petit fours are what made the bake shop famous, but in recent years, it’s become known for something else – cheesecake. The creamy “southern style” cheesecake is available in a variety of flavors, but when it comes to the best-selling flavor, the pumpkin cheesecake, well, takes the cake. “The pumpkin pie cheesecake flavor takes you back to your grandmother’s house, and the finished product is a dessert that’s more modern and that everyone enjoys,” said owner Mitchell Moore. He continued, “After all, who doesn’t love cheesecake, especially one filled with the tastes and aroma of Thanksgiving?”

Though this Clarksdale-born company closed its Mississippi storefront, you can still enjoy the sweet treat since it’s sold in more than 100 retail locations throughout the South, including Whole Foods. Made using only natural ingredients, it’s a healthy alternative to ice cream. But that’s not all there is to love about the sweet concoction. There’s also the variety of flavors it comes in. All in all, the company has debuted over 300 flavors, which owner Hugh Balthrop describes as, “chef-inspired, locally-inspired, and Southern-inspired.” Classic flavors, like vanilla, are always available, but current offerings change with the seasons. In the fall, be on the lookout for the Pumpkin Gingersnap Gelato, which, like all other flavors, is sold by the pint.

Visit the Sweet Magnolia Gelato website (sweetmagnoliagelato.com) for a complete list of retail locations where the gelato is sold.

In business for nearly 40 years, Nandy’s Candy is a Jackson institution. The longtime favorite is revered for its friendly service and unique atmosphere – and that’s no coincidence. Owner Nancy King said that she wants visitors to have the best memories about Nandy’s Candy. She added, “You can’t find a Nandy’s in Dallas, or even in New York.” But the shop’s welcoming, one-of-a-kind vibe isn’t the only thing it has going for it. There’s also the slew of treats it’s stocked with, which in the fall, includes caramel apples. Stop by and grab a classic version of the fall favorite, or for an extra special treat, go with the caramel apple that’s rolled in pecans and drizzled in milk and dark chocolate. Either way, you’re sure to be pleased since both versions are made in small batches using crisp Granny Smith apples and handmade caramel.

Opened in September 2014, La Brioche Patisserie has only been in business for five years, but it’s already a hit with tourists and locals alike. Its popularity definitely has something to do with huge variety of international desserts it serves. That’s right – we said “international.” Don’t let the French name fool you. The bakery’s display cases are stocked with treats from around the world, which is what customers love about La Brioche. Cristina and Alejandra, the sisters who own the bake shop, said, “Many times, customers come in and are near tears because they’re able to enjoy a cookie their mother once made for them thousands of miles away.” If you’ve never been to the sweet shop (or are simply looking for a reason to return), fall is the perfect time since it’s when the bakery’s pumpkin spice macaron is available.

Remember, these sweets are only available for a limited time, so don’t let the season pass without treating yourself. Who knows, maybe one bite will lead to a new, tasty tradition. 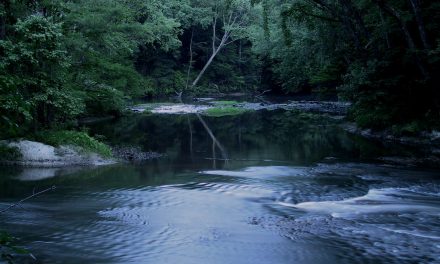