It is 2015 and I should be writing about the new Hoverboards from Mattel. However, since those don’t really exist, at least not in the way they were portrayed in Back to the Future Part 2, I’ll just have to spend each month looking for toys that really do exist. This month I found a couple of card games that are both pretty fun, and a video game that has my heart and is being re-released. But don’t worry, if Mattel does make Hoverboards this year, I’ll let you know.

The Hare and The Tortoise

First we have the card game The Hare and The Tortoise. Based on the fable, The Tortoise and The Hare, this game is the third in iello’s Tales and Games series. In this game, the players attend the famous race and place bets on who will win. However, it’s not just a race between the Hare and the Tortoise. The Wolf, the Fox, and the Lamb are also there competing for first place. The race track is compiled of tiles that you can place in any order you’d like and the race is determined by the number of cards laid down for each character. When you set up the game, your first bet is a random card given to you out of five special cards meant for the first bet (in 2 player games you get 2 of these cards.) This ensures that each player has a bet on a different animal. You will then deal out 7 cards to each player and from those cards you will select your second bet. You can choose the same animal that you have for your first bet doubling up your stakes, or choose a different one to increase your chances. After bets are made you will have 6 cards in your hand and these cards will be laid on the table face up to determine how many tiles each animal will traverse in each leg of the race. When either 8 cards have been laid down or 4 cards of one of the animals have been laid down, a leg of the race will begin. Starting with the Hare, you will move each animalin a certain order according to the chart that also states how many tiles the animal moves determined by the cards laid down. Each animal moves differently. For instance, the Tortoise moved 1 tile if there are 0-3 cards on the table and 2 tiles if there are 4, while the Fox moves the amount of tiles equal to the amount of cards on the table. Once all the animals have moved, the cards are placed into the discard pile and the next round begins. Once three animals have crossed the finish line, players tally up their points (animal in 1st place gets 5 pts, etc.) based on which animals they bet on. Whoever wins the most points, wins the game. The game costs about $30 on Amazon and iello’s fourth game in the Tales and Games series, The Grasshopper and The Ant, will be released this month. 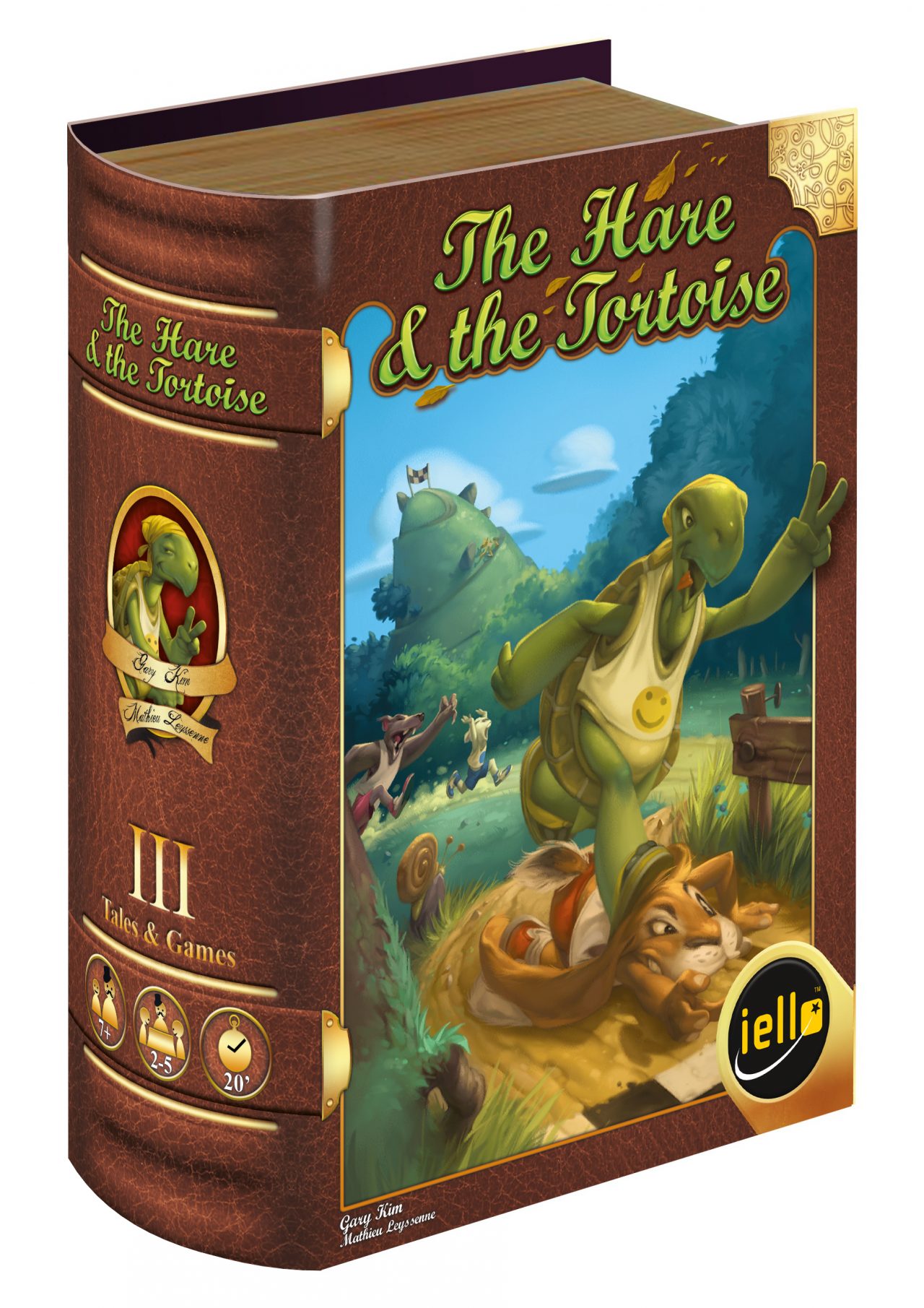 Next is a card game called Machi Koro. In this game from Japan, each player is the mayor of a town trying to be the first town to raise the money to complete the building of four landmarks. You start the game with a wheat field and a bakery, the four landmark cards with the “in construction” side face up, and 3 coins from the bank. Each card has a number on it. At the beginning of your turn, you roll a die to see which card earns you income. For example, the wheat field card has a number 1 on it, when you roll a number 1, the card is activated and this card lets you get 1 coin from the bank when any player rolls a 1. After you’ve rolled the die and earned income, the last thing you do on your turn is construction. You can use the money you’ve earned to build one of the landmarks or you can build another establishment. There are 15 different establishments to choose from, each with their own dice roll (1-12) and their own special rule to earn you income. Some cards even get you money from other players. There is strategy in the game with trying to figure out what would be best to buy; however, you are still at the mercy of the randomness of die rolling. In my play through, things did start off a little slow but once some establishments were built, things took off at rocket speed. The game costs about $25 on Amazon. 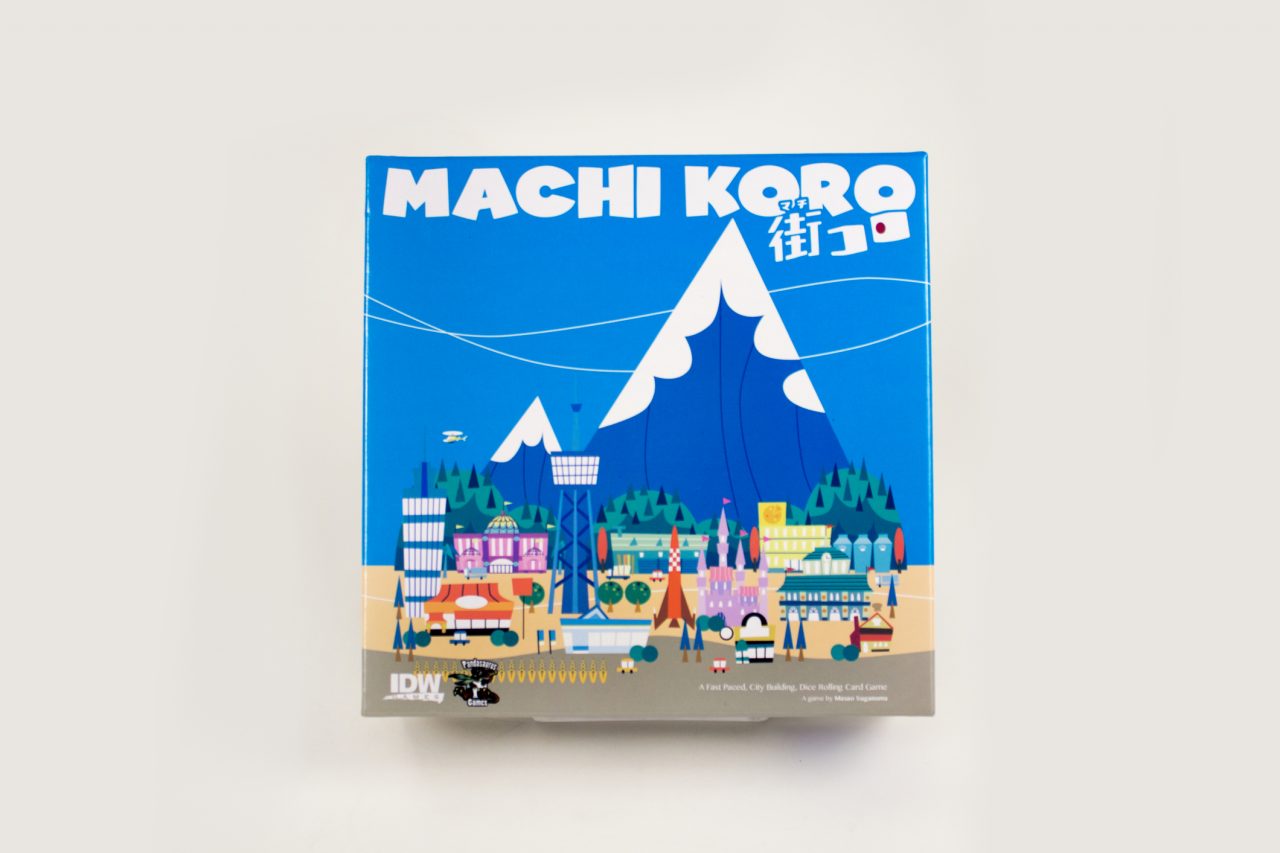 Finally we have one of my favorite games Zelda: Majora’s Mask, being re-released for the Nintendo 3DS. Originally released for the Nintendo N64 back in 2000, this game is a sequel to Zelda: Ocarina of Time, which I wrote about back in 2011 when it was released for the 3DS. In this game, our hero Link has to save a strange town in three days before (a slightly scary faced) moon comes crashing down on the people who live there. Unfortunately, Link has been cursed by a kid in a weird mask and is no longer a human but a Deku plant. But don’t worry, you won’t stay a Deku for the entire game. You will even get to turn into a Gordon and a Zora, two of the other species in this world. So for three days, you will run around town, trying to help people as best you can. At the end of the third day, the moon will come crashing down but you have a time traveling tune you can play, which will take you backto the beginning of the three days (and you get to keep most of your stuff). If you’ve played Ocarina of Time this game is just more of the same; but with the urgency of a deadline and the ability to change into different people, this game feels like a brand new level to an already great game. 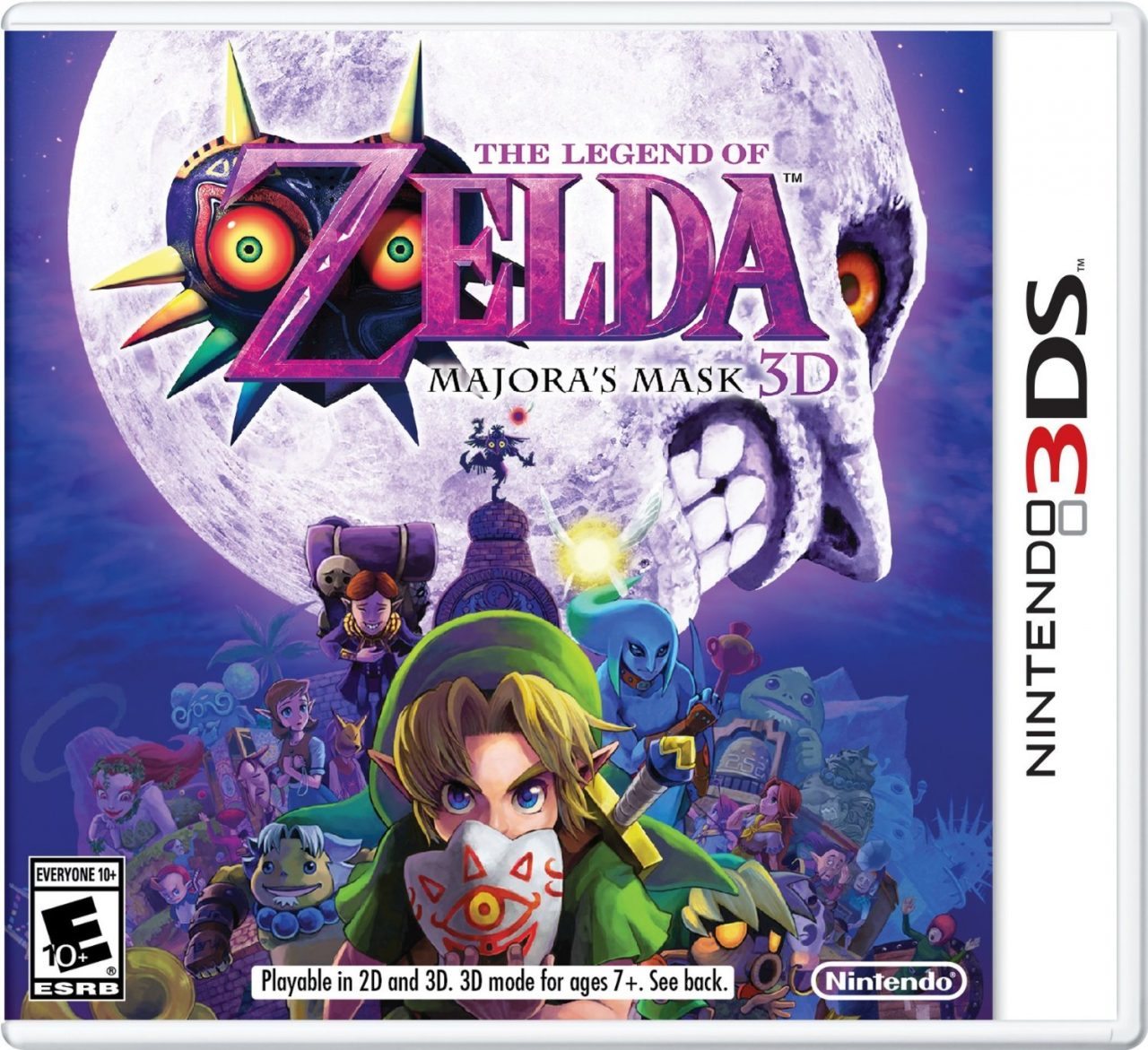 Scott’s Toy Box: Build It From The Ground Up