Birdwatching in the Delta: Why it’s a Great Hobby for Kids

Many parents struggle to find extracurricular activities for their kids. There are often high costs or strict schedules connected to organized sports or other after school activities. For some kids, getting serious about a new hobby is a more relaxed – and affordable – way to spend extra time during afternoons and weekends.

One such hobby is birdwatching. It might sound at first to be a little old-fashioned, but it’s always appealed to people worldwide, and continues to do so today. It’s actually a great way for parents, kids and grandparents to do something together that’s calming, educational and even at times – when a rare bird is spotted – kind of exciting.

Why are birds a great hobby for youngsters?

“Birdwatching is one of the few pastimes which is equally exciting for both novices and professionals,” explained Marc Parnell, author of the recently released bird identification book, “Birds of Mississippi.”  Parnell said it is a perfect thing for kids to explore.

“For kids, finding new birds to add to their ‘life list’ can feel like a dynamic outdoor treasure hunt,” Parnell said. “Different birds are more easily viewable at different times of the year, and in different habitats, offering a variety of potential local excursions to find all of the wonderful avian residents of Mississippi.”

Although younger kids can always enjoy an outdoor birdwatching outing, Parnell said a child really needs to be able to read to truly benefit from – and get excited about – this peaceful, nature-inspired hobby.

“Parents can buy sets of colorful flashcards to teach their children about some of the various species native to Mississippi,” he said, adding that his book would also be a good resource for knowing what to look for and what types of birds are in the local area.

Parnell said he first got excited about birding when he was around four years old.

“I was enamored with their unique capacity for flight and their differing migratory schedules,” he reminisced. “Setting up a family bird feeder was probably the most instrumental step in feeding this curiosity and turning it into a full-blown passion.”

What birds should you expect to see in the Delta right now?

“While Brown Pelicans are famous along the Gulf Coast, the Mississippi River system is squarely the domain of the American White Pelican, a species which will become more common in October and November as individuals migrate southward from their breeding territories,” Parnell said, highlighting a cool bird to look for at this time of year in the Delta region.

“Many migratory birds loosely follow large waterways as they make their way across the continent, which makes the lower Mississippi River a hotspot for songbird migratory activity in September,” Parnell said, about other birds to look for right now. “A number of brightly-appointed warblers, including the black-and-orange American Redstart, the blue-and-yellow Northern Parula, and the black-masked Common Yellowthroat, begin to filter southward through the scattered woodlands of Mississippi in September and early October.”

Yet more beautiful birds arrive just in time for the cooler months.

“Wintering songbirds, such as the Hermit Thrush and the feeder-loving Dark-eyed Junco, begin to arrive in late October through November,” Parnell said.

When asked what bird would be a rare and very cool sighting at a backyard feeder for the Delta region, Parnell was certain that the seldom-seen-in-the-Delta bird to get excited about would be the Purple Finch, which he said “can stray south from the boreal forests of Canada and the northern states.”

Parnell suggested locals consider a birdwatching adventure in the area around Moon Lake in Clarksdale.

“However,” he added, “any local park, pond or field offers plenty of opportunities as well. Explore your local area first, and then branch out as you begin to seek out more uncommon birds!”

Tools of the Trade

Birdwatching is a free activity, but will be more enjoyable for you and your child if you have some very basic equipment.

“Binoculars are my number-one suggestion for new birders, along with a strong local field guide – such as “Birds of Mississippi”– which is designed with birders of all ages in mind,” Parnell suggested. “When selecting binoculars, I recommend a pair with 7-8x magnification, which seems to be the sweet spot when starting out. Birds tend to resist even our gentlest approaches, and binoculars reduce frustration by bringing their world closer to ours.”

He said a great starter pair of binoculars should cost less than $70.

For those who want to add a creative element to birdwatching and begin photographing the more rare and beautiful birds, investing in good camera equipment instead of using a smartphone is a good idea if the budget allows.

“A high-zoom lens can do a world of good when photographing,” Parnell said. “I typically use a lower-cost bridge camera when documenting my work, particularly given the inclement weather and busy travel schedule that I often face.”

Hopefully, Parnell’s advice and new book will encourage your family to at least try a birding adventure one weekend when you’re looking for something new. At very least, it will allow you to get outside during the beautiful autumn weather. 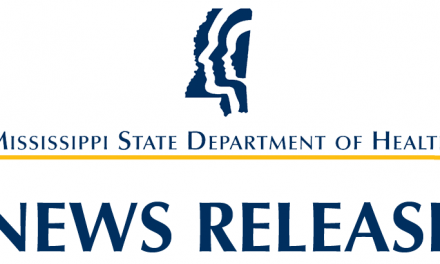