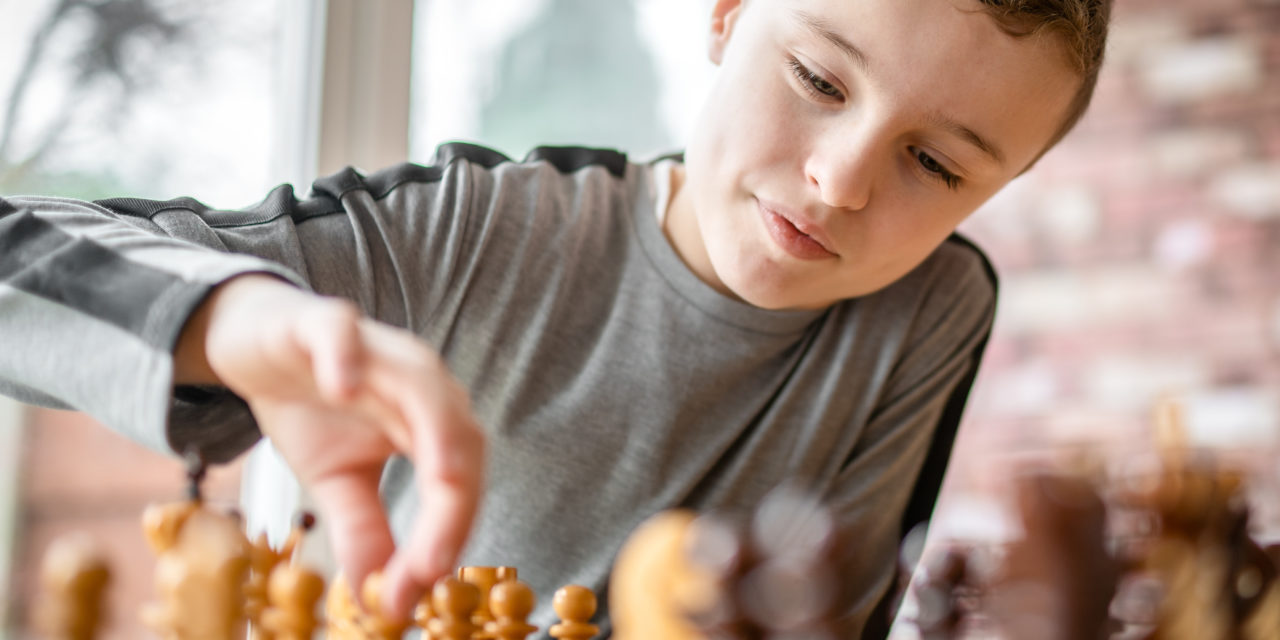 Chess is one of the oldest and most popular games in history, with early forms of the game dating back to the VI century. The game has certainly seen a revival since the pandemic began, as people around the globe have dusted off their chess boards and even binged one of the most-watched series ever inspired by the masterful game for much-needed entertainment.

Chess is also one of the most beneficial games you can teach a child, fostering critical developmental skills and instilling important life-long lessons. If you’ve been thinking about getting in on the craze and introducing chess to your child (or even learning how to play together) here are five reasons why you should totally do it:

Chess exercises both sides of the brain. In a game of chess, the left analytical side of the brain looks for the next logical move, while the right creative side seeks out patterns and new possibilities. The game boosts both intelligence and creativity.

Chess helps kids speak the same language. The chess board is 64 squares of safe space that brings together kids of all backgrounds, interests, and languages. It’s a common ground and even playing field. Through chess, kids also learn to explore the thoughts of the person sitting across from them, which helps develop important social skills and emotional intelligence.

Chess teaches sportsmanship. Win or lose, kids will learn it’s fun to play the game of chess with a friend. In the game, they’ll grow to understand the consequences of a bad move and how to embrace failure. But, at the end of every game, they always give a “good game” handshake. This teaches kids how to lose with dignity and win with humility.

Chess is the ultimate executive coach. Grit is a powerful driving force and predictor of success in the business world, and an important trait kids can learn by playing chess. The game teaches kids patience as they work through different scenarios, learn to plan, course correct and wait to see how things play out, instead of being tempted by easy, more immediately gratifying moves.

Jon Sieber is a co-founder of Story Time Chess. He has successfully taught hundreds of children as young as three years old how to play the game through his educational company. You can learn more at StoryTimeChess.com.

How to get started

Learning chess is more accessible and approachable than ever before. There are chess after-school programs, private tutors, online classes, and camps. There are board games that are fun and easy to play and prepare kids for mastering chess in the future. For example, Story Time Chess: The Game uses proven silly, story-based curriculum to introduce chess to kids as young as three years old. The game is available at storytimechess.com and on Amazon for $39.99.