The Lion, The Witch, and The Wardrobe

The Voyage of The Dawn Treader

For sixty years, C.S. Lewis’ classic Narnia series has resonated with generations of fans – not only for its poignant biblical allegories, but because, like all good children’s fiction, it caters to kids without patronizing them.  Lewis never shielded his adolescent heroes from the harsh realities of life –neither those within the boundaries of his mythical swashbuckling land nor their more grounded, but no less threatening, earthbound parallels.  And despite moments of shaky direction,some unpolished special effects, and occasionally stiff storytelling, Walden Media’s cinematic adaptations of the seminal literary works are likewise empowering and admirable for their focus on that special kind of strength and integrity that, while less common in children, when they are found, somehow manage to burn all the brighter.

The first film foray into Lewis’ magical realm, 2005’s The Lion, the Witch, and the Wardrobe (PG, Available on DVD), was the most star-studded, and the biggest critical and commercial success. While the special effects and battle sequences are not as smooth or as epic as some other fantasy heavyweights – and pale in comparison against their obvious Lord of the Rings template – the picture is levied by the power of its exceptional casting and the wonderful chemistry between its central players.

Young British performers William Moseley, Anna Popplewell, Skandar Keynes, and Georgie Henley effortlessly embody the occasional tenderness – but more often fragile – antagonism of sibling rivalry and the strained familial dynamics of a quartet of strong-willed children uprooted by the madness of global adult conflict and then thrust into the midst of a life-or-death struggle for a foreign, fantastical land that quickly captures their hearts and ignites a courage that might have forever gone unnoticed and lain dormant within the strict structures of our native world.

Henley’s sweet and noble Lucy, in particular, is a capable centerpiece and a perfect moral compass throughout this film and its sequels, but each of these unknowns have no trouble holding the screen, and even outshine more seasoned actors, like Tilda Swinton – whose poor costuming and stilted delivery venture too far into the grotesque and carry none of the dangerous beauty and dark charisma the White Witch should have had in spades.

Helmed by Andrew Adamson, a veteran fantasy director making his live-action debut, The Lion, the Witch, and the Wardrobe can, at times, feel a bit rushed, but its Christian allegory is faithfully and efficiently translated from the page to the screen.  It’s emotionally effective and uniquely edifying – a passion play and an object lesson that’s didactive without feeling dry or unexciting.

Its 2008 sequel, Prince Caspian (PG, Available on DVD), while less obviously instructive and more subtle with its spiritual messages, is nonetheless a much more engaging and well-rounded cinematic outing.  It’s also much darker (think of this as The Empire Strikes Back of the Narnia saga) and it sometimes delves into a level of violence and brutality that, while never graphic, might give some parents pause.   The picture’s not as kid-friendly, but the stakes feel more real, the consequences more final – and the film ultimately more satisfying.

Outstanding production design and intricate and thoughtful costumes provide a richer background for Adamson, who here has a more confident hold on the reins and pulls out some truly exciting moments of brilliant fight choreography and a couple of well-handled, sweeping battle scenes.

The Penvensie children also return – older and more capable.  The adapted script admirably conveys the strange frustrations of this peculiar clan – children bounced between the royal and the common, the regal and the mundane, the responsibilities of adulthood and the seeming indignities of youth.

Unfortunately – and perhaps inevitably – thelatest film, last fall’s The Voyage of the Dawn Treader (PG, Coming Soon to DVD), failed to impress critics andstumbled at the box office – though it still seems to be performing well in international markets.

Only Lucy and her brother Edmund return to Narnia this time around, accompanied by their ill-tempered cousin, Eustace, and tasked with defeating a nameless and formless evil  that threatens the existence of all that is good in the magical kingdom.

The Voyage of the Dawn Treader is the lightest of the three (both in terms of its plot and menace), and consequently the least immersive.  Though it was produced without the heft of Disney Studios behind it (an advantage its predecessors luckily enjoyed), the film doesn’t stumble on a technical level.  The production values are still viable and the special effects are no cheesier than before.  And yet this picture feels cheaper, and it looks it – but I think these failings are more the fault of an unwieldy script than any budgetary bottom line.

The lack of a central villain – or even an ancillary one that can capture an audience’s emotion – is a major problem.  The concept of an evil that can be anything one fears or imagines has been covered in film far too many times before (I kept expecting the Stay-Puft Marshmallow Man to come around a corner), and while it could – and perhaps even should –stoke the audience’s imagination, the open-ended nature of such an amorphous villain actually has the opposite effect.  It’s just far too broad.

The problems are compounded by limiting the action to onboard the titular vessel and its few stops along the way.  Such a narrow and episodic focus leaves the whole production feeling oddly stage-bound. The Voyage of the Dawn Treader lacks the scope of the first film and the polish of the second.

The combined effect leaves this third entry in the series feeling somewhat inferior to its predecessors, though it’s really by no fault of the actors or their new director, Michael Apted.  The remaining leads are as reliable and relatable as ever (Lucy’s struggle with poor self-image is particularly affecting), Liam Neeson is still majestic as an admirably realized Aslan, and new addition William Poulter is wonderfully peevish and suitably redemptive as the sour-faced Eustace.  And while Apted may be saddled with a more difficult story and an inferior screenplay, his more experienced hand omits some of the awkward and unseemly directorial flourishes that made me cringe a bit during Adamson’s efforts.

With Disney’s money missing from the coffers and Dawn Treader’s ultimate box office success still in doubt, the cinematic fate of the next four books in the Narnian Chronicles is anybody’s guess.  Here’s hoping Walden Media keeps up the good fight, because while I can’t exactly see The Magician’s Nephew translatingwell to celluloid, I’d hate to miss the chance to see The Silver Chair on the silver screen. In the meantime, families can enjoy these first three cinematic gems and hope for the best.  Warts and all, they’re still worthy of their place next to the books on your media shelf.

Nike Is Donating Shoes to Health Systems and Hospitals 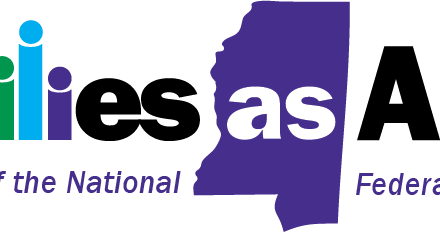