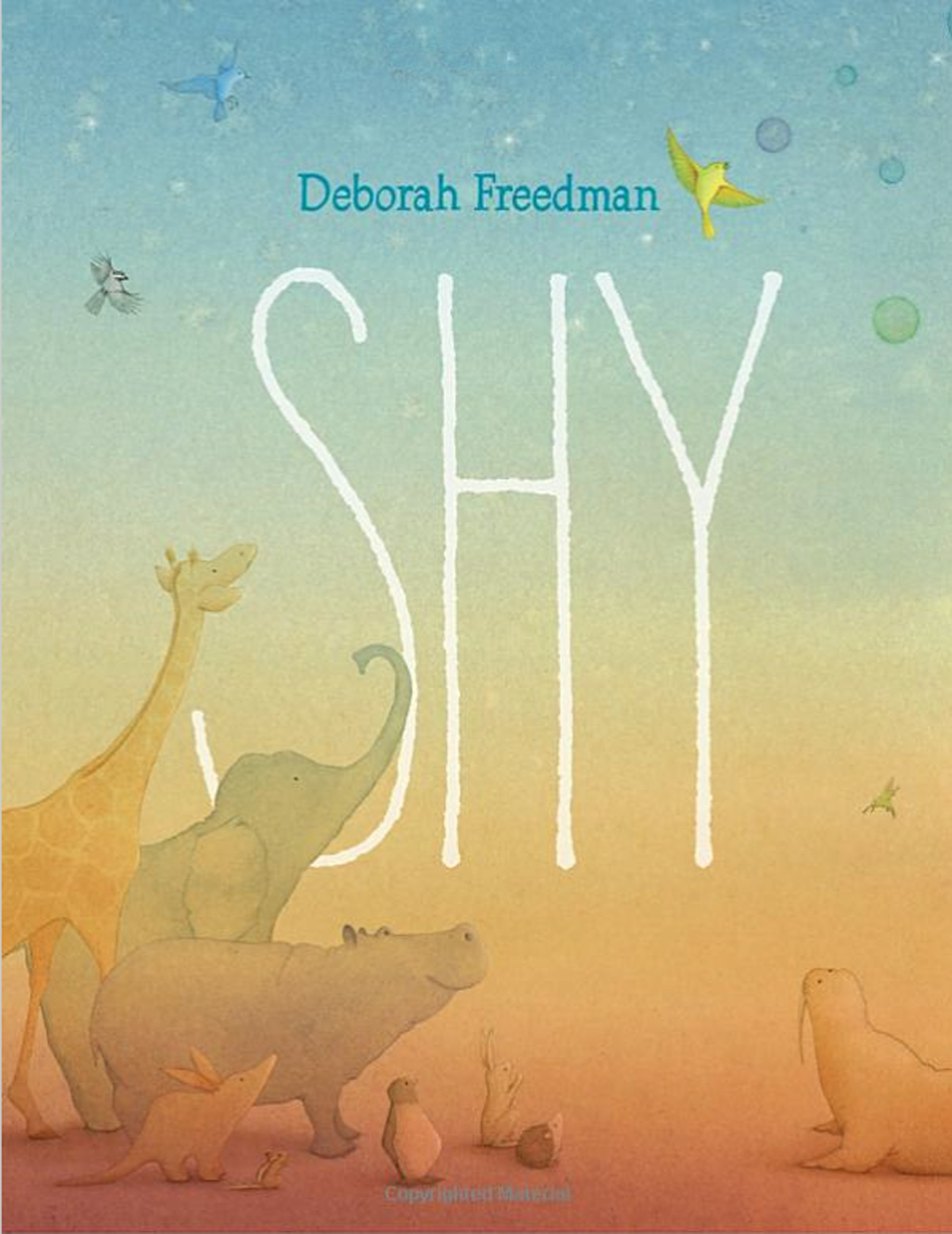 Written and illustrated by Deborah Freedman

Shy is, well, shy! He is happiest living between the pages of books. No, Shy is not a bookworm. Nor is Shy a figment of the author’s imagination.

Shy loved to read books that began once upon a time… and in a land far away… by the edge of the sea. Shy especially loved stories about beautiful birds and their songs. One would say that Shy likes stories about places that he thought he would never visit because of was so timid.

Although Shy’s favorite books were about birds, he had never seen or heard a real bird. None of his books could sing. That is until one day, Shy heard the sweet trilling of a real song. Treep Trip Troo-lee! The real bird was quite lovely and golden like the sun. Shy wanted to talk to the bird, but was afraid of embarrassing himself if he stuttered or blushed. Then what? Soon, the bird flew away.

Shy didn’t want to lose her, so he does something that he never thought he could do… he left home.

SHY resonates with many youngsters as a story about the process of learning about the world as they grow older, leaving home for the first time to go to school, raising their hand in class or even making new friends.

Freedman’s soft watercolor illustrations echo the soft nature of the story. Muted tones of the pages change with the mood of the story. The animals and simple wash backgrounds lend themselves to slowing the pace so that the quite plot can unfold seamlessly.

Oh, yes, another thing… at first you don’t see Shy because he’s, again, shy. But please have patience. Shy will eventually show himself when he summons all his courage, like the reader, to go on an adventure.

As we’ve all learned one needs to be brave to step out, but the rewards are worth so much more than the effort.

Chuck Galey writes and illustrates picture books. Visit his website to see what he’s up to at www.chuckgaley.com.