The Right Age for Ear Piercing: The Debate Isn’t Over 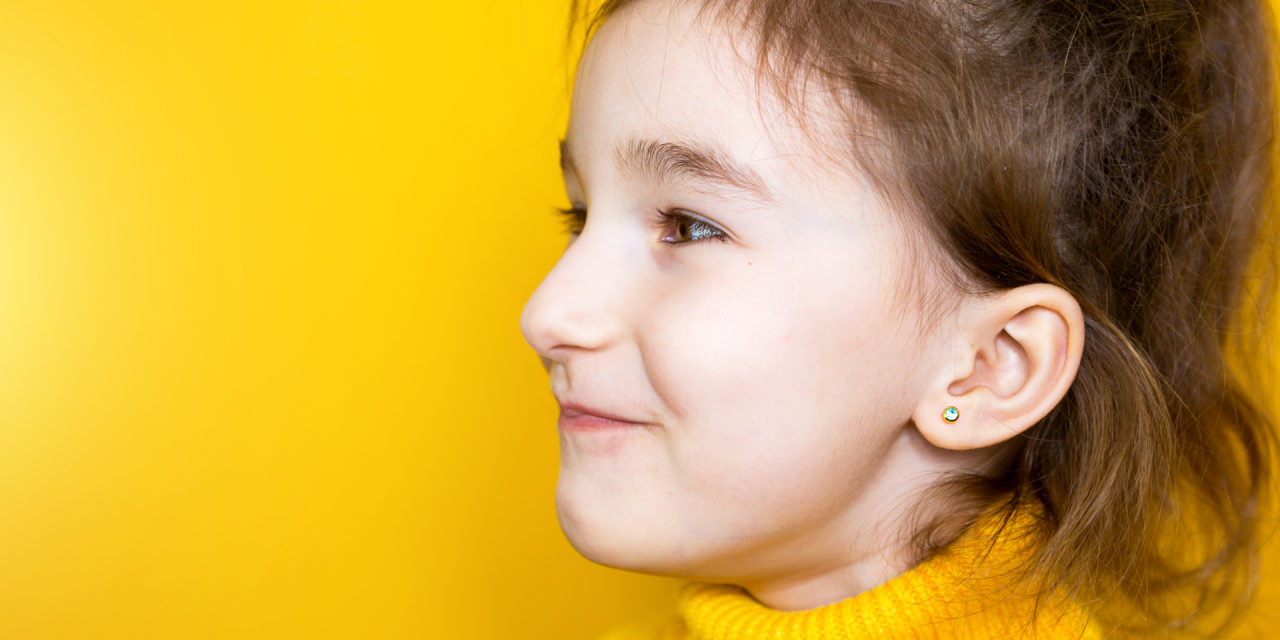 While piercings and tattoos are now more commonplace, nothing about it is by any means “settled.” Some parents still have strong opinions about this small detail related to appearance.

While some moms pierce the ears of newborns just after birth, others establish a milestone age — usually sometime during the “tween” years — when piercing is allowed.

The Mississippi Department of Health — along with most health departments nationwide — set the rules by which piercings can happen. In this way, they take care of many health and safety concerns surrounding this everyday procedure.

This no doubt comes with a sigh of relief for those among us who aren’t too keen on nose, eyebrow and other body piercings currently favored by many teens. It still, however, doesn’t answer the question of what age is the correct age for a girl (or boy) to get into wearing earrings.

The answer is…that there’s no answer.

Some medical suggestions are provided by the American Academy of Pediatrics. In a 2015 article posted at the website for Johns Hopkins Medicine, the most important suggestion is made clear. The AAP suggests postponing ear piercing until a child is old enough to care for and protect the piercing site all by herself.

For parents who just can’t wait — those who love seeing those cute little earrings on infants and toddlers — the AAP suggestion is that parents wait at least six months before having the ears of a baby pierced. A physician quoted in the Johns Hopkins article said it is a good idea to wait until after the baby has had her six-month shots, which protect against tetanus and blood-borne infections; piercings increase the chances of these problems. Piercings in young children should use only gold posts and should be performed by a pediatrician or other trained person under extremely sterile conditions, and with strict daily after-care done by the parent.

While infant piercings are still in the minority, some parents are more interested in appearances than in AAP advisories. This, of course, is a choice of each parent to make.

Honestly, it’s a minor question for most, who tend to err in the middle and allow for ear piercing as a child first enters the tween world of adolescence (around ages 8 through 12). According to an ABC News/Good Morning America poll conducted in 2010, the survey showed that only 10-percent of parents were against their kids getting their ears pierced prior to age 17.

One of those parents is Jessica Beard, of Dumas, located in Tippah County, north of Tupelo. She’s had to consider this question quite a bit, seeing as she’s mom to three girls: Julie (age 7), Abby (age 6), and Avery (age 2).

“Honestly, my opinion is not a popular one, especially here in the south,” she said. “I believe that no one has the right to modify someone else’s body even if that person is your own child. It should be that person’s choice to get their ears pierced when they are old enough to make that choice for themselves.”

“It is not our place even as parents to make those decisions for them,” Beard said. “Ear piercing is permanent.” She said even if the child decides later to let the holes close, “it still leaves a scar.”

“To me,” she explained, “it’s the same as deciding to pierce their lip or their eyebrow. Yes, those things are not commonplace, but if looked at objectively, a piercing is a piercing regardless of where it is.”

For some parents, the concern isn’t the “rightness” or “wrongness” of it, but it’s more about the child being mature enough to handle the discomfort of both the moment of piercing and/or the daily care of the wound.

This is addressed at Hattiesburg Clinic, in southern Mississippi, where Lavinia D. Drambarean — a physician assistant at the Hattiesburg medical practice — uses a technology called Blomdahl, which is only available to medical professionals.

According to a press release of the clinic, the system “is more advanced than typical ear-piercing guns and is said to be less painful.” The device is designed for “simultaneous piercing, which feels safer and is more comfortable for young children.”

“Since it’s done in a medical setting, we offer an environment that is more hygienic and professional,” Drambarean said.

Whether you decide to pierce or not to pierce, health should be the number one issue for parents. After that, however, it’s just like most things when it comes to parenting: It’s yet another judgment call.

Vaping and Mental Health: How It Affects Children’s Brains