The Holidays: A Time for Teaching Compassion 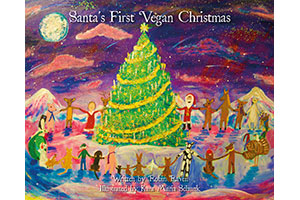 Most families in south Mississippi grew up eating foods such as barbecue ribs, pulled pork or smoked brisket. During the holidays, it’s rare to find a table without a Thanksgiving turkey or a glazed holiday ham.

Very few, however, have questioned where those foods come from and how the animals that end up on our holiday dinner plates are treated. Sometimes we just block it from our minds. As a meat-eater myself, it must be admitted it’s difficult to part with culinary traditions that are near and dear to our hearts here in the south.

Questions of this sort are, of course, something every family should decide for itself. Whether your family chooses the typical American diet, vegetarianism or even veganism, teaching children to be conscious of the way our food comes to table should be part of a rounded moral education. Lessons in compassion for animals–whether food-related or not–are also particularly relevant during the holidays.

One way to get those wheels turning is to introduce your child to these questions via books. Children’s book author Robin Raven speaks to the importance of discussing empathy for living things.

“Reading to young children is such a terrific way to encourage their imagination, and it also helps them develop a higher aptitude for learning,” Raven said.

For Raven, the “learning” she focuses on in her writing is directed at our furry friends.

“Animal sentience (awareness) is an established fact, so I think that it is very important to teach children compassion for fellow thinking and feeling beings,” Raven said.

Discussion of these ideas may come via books, through pet ownership, or just through exploring moral questions with your children.

“I certainly had a special connection with my dog Marta when I was growing up,” Raven said, of how animals and children have a unique relationship with each other. “I think most kids have an innate compassion for animals, then society sort of desensitizes people to the feelings of animals.”

“Adults are taught to think of animals as commodities instead of the individuals they are, but most children have a pure understanding of the feelings of animals until or unless they are conditioned otherwise,” Raven said.

Despite all that, Raven fears giving a child a pet as a surprise holiday gift is a bad idea. Across the U.S., the weeks following Christmas see a huge influx of animals being abandoned to shelters. The gifts that seem to be a “great idea” at the time are often proven to be impulse purchases that encourage extra breeding for the holiday season. In the process, not only is the child taught that living things are disposable, but the animal itself suffers and will likely end up euthanized.

“I actually don’t think that it’s usually a good idea to give animals as gifts,” Raven said. “If a family wants to welcome a new animal for the holidays, I recommend going to a shelter or animal rescue organization, and getting to know an animal and choosing a new companion animal as a family.”

“It may be a little early for a Christmas surprise, but that way there is a better chance of ensuring that the animal and family are a good fit for each other,” she said.

In Raven’s case, she’s taken her concern and compassion to another level, by adopting veganism.

“A vegan doesn’t eat animals or use animal byproducts,” Ravensaid. “It’s a lifestyle where one tries to avoid causing unnecessary harm to others, so I don’t eat any meat, birds, fish, dairy or eggs,” she said. She also does not wear leather products.

Although Raven’s habits may seem extreme to some, to her, it’s a necessity.

“I went vegetarian as a child, and things have gotten a lot easier since then,” she said. “You can find vegan substitutes for nearly anything you may crave in stores these days.”

For families in the coastal south, such as my own, doing without traditional foods on Thanksgiving and Christmas would seem impossible; but Raven said there’s nothing really “missing” from her dinner table.

“During the holidays, I love to have a (tofu-based) Tofurky roast, dressing, dumplings and vegan pumpkin pie. Sometimes people are surprised by things that just so happen to be vegan, like Christmas Oreos and Cracker Jack.”

Raven said vegan and vegetarian diets are more easily accommodated these days in restaurants, even locally on the coast.

“The Good Karma Cafe in Gulfport is very kid-friendly, and Mellow Mushroom has many vegan options,” she said. “They even have a healthy pizza with vegan cheese that children are sure to love.”

In Raven’s new children’s book, “Santa’s First Vegan Christmas,” she aims to raise conversation among children and parents about the topic of compassion for animals. The book isn’t a heavy-handed thing just for vegans; its message, and the resulting conversations, may be enjoyed by all children.

“The story’s hero, Dana the Reindeer, encourages Santa to look at things from the perspective of other species and see how it’s important to respect and show kindness to others,” said Raven, summarizing the content of the book, which is available for purchase at Amazon.com.

In the story, Santa is depicted piloting his sleigh ver nearby Mobile, Alabama. Raven said she thinks santa enjoys the Mississippi and Alabama Gulf Coast.

“I think he looks forward to visiting the Gulf Coast every year with our delectable goodies,” Raven said. “It’s easy to veganize bread pudding and beignets, which are so yummy! I think pecan pie and pumpkin pie are also big hits among those from the North Pole.”

Kara Martinez Bachman is an author, an editor, and a mom to two teens. Find her at karamartinezbachman.com. 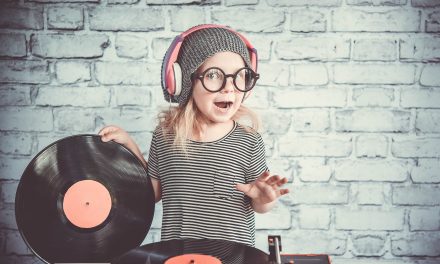 We Don’t Do Sports. We Do Geek.

We Asked Kids What They Think About Video Games

Area Parks with Playgrounds: Family Fun With All the Options 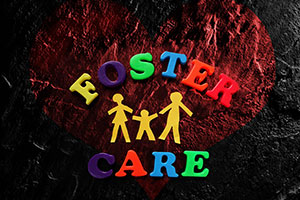 Is Foster Care or CASA Volunteering Right for Your Family?