I still remember the first time I heard his name. After roaming the neighbor with some friends on an unseasonably warm afternoon just before school closed for Christmas, I returned home to find my father in front of a television filled with foreign, florid images. He turned to me and asked if I had ever seen James Bond. I shook my head, transfixed by flashing pictures of beautiful women and a man with a gun. Dad gestured for me to join him and then hurriedly explained the plot before we both sat in a happy silence for hours on end as one film flowed into another. When I returned to school the next day, I found that my friends had watched the movie marathon with their fathers too. In that one night, James Bond had connected generations, uniting men and boys in the intoxicating desire to join his world.

Ted Turner’s TBS continued to run “The Fifteen Days of Bond” every November and December through my junior year in high school. By then, 007 was as much a part of Christmas for me as jolly ole Saint Nick. It was also around this time that I realized there was something deeper in his appeal than action, intrigue, gadgets, and gorgeous girls. A film series can’t survive for more than fifty years without being willing to change, but it is his ability to balance adaptability and adherence to tradition that makes Bond a great character and his series such an engrossing collection.

Make no mistake: James Bond is no a hero. He’s a villain on the right side of history. That’s part of the appeal of his adventures – you can’t help but count yourself fortunate that such a man is on our side. 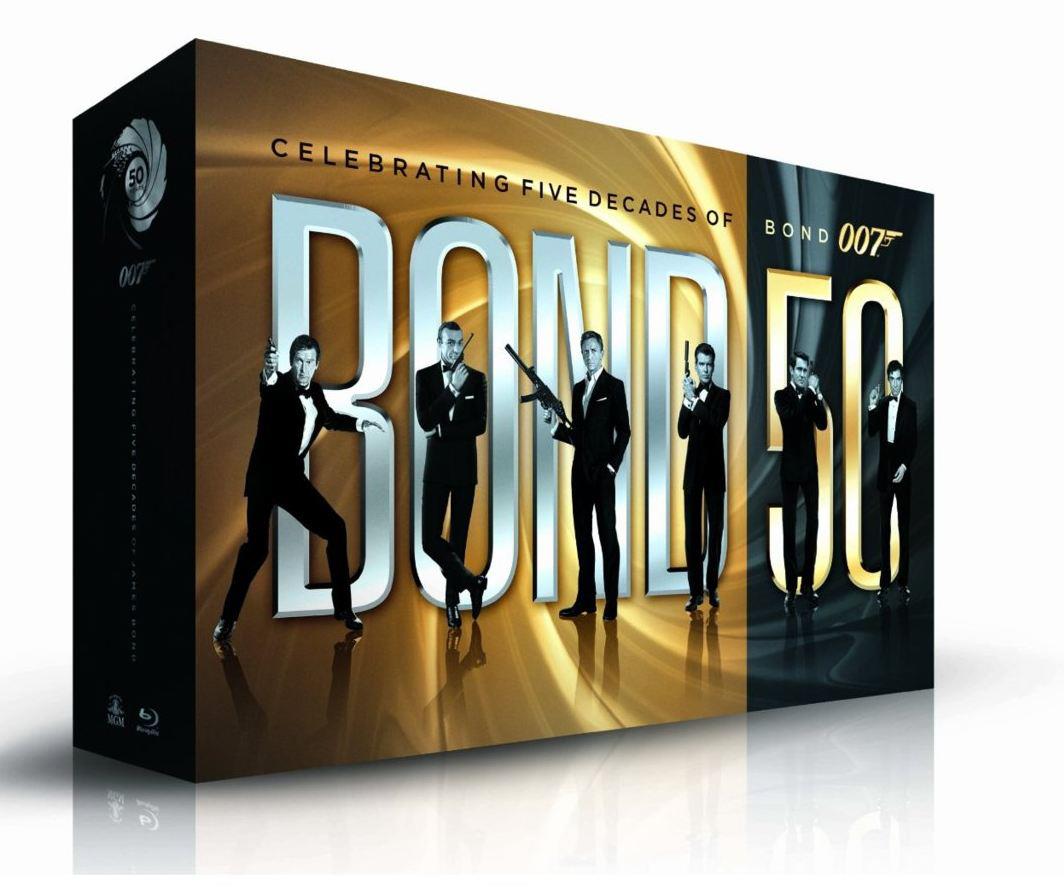 Nearly every actor to take up the mantle has made 007 his own. That diversity is the series’ greatest strength. Though each actor is playing the same man who has experienced the same things, their particular portrayals shed light on the different facets of Bond’s personality.

As the first of his kind, Sean Connery laid the foundation for the character, but in many ways, he was simply a cypher for director Terence Young to put his singular sartorial stamp on the cinematic interpretation of Ian Fleming’s superspy. Through Connery, he built 007 into a Greek hero, a demi-god whose physical strength and intellectual prowess made him a match for any foe. Though Connery’s Bond was not infallible, his mistakes were born of virtue, rooted in a stubborn (even brutish) will to accomplish his country’s goals at any price. His mistakes were a hammer (or a “blunt instrument” if you will) used to crack open a case.

Unlike most Bond fans, I don’t hold much reverence for George Lazenby or his single film, On Her Majesty’s Secret Service. When Connery left the series over a wage dispute and his loss of privacy, Cubby Broccoli and Harry Saltzman (the partners behind Eon Productions) lost one of the most bankable stars in history. With Lazenby, they tried to press the Connery mold on an actor unsuited and unprepared. After arrogance and bad advice sent Lazenby on his way, Broccoli and Saltzman paid Connery a-then-record $1 million dollars to return one last time in 1971. (Connery would appear in a rival Bond movie twelve years later, but I generally don’t acknowledge its existence since it is outside of the official canon.)

After Diamonds Are Forever, Eon began looking for another Bond. They settled on what many considered the obvious casting choice, but decided on the bold strategy to let him chart a new direction. Roger Moore’s 007 has been called “The Deadly Comedian” and it’s an apt description. Moore’s Bond is a man with sure dedication to his job, but obvious distaste for it. Sean Bean’s villain in Goldeneye would later taunt Bond by saying, “I might as well ask you if all those vodka martinis ever silence the screams of the men you’ve killed…or if you find forgiveness in the arms of all those willing women for all the dead ones you failed to protect.” Moore’s 007 indulges in those two distractions more than any other, but his tonic of choice is humor. Though he hides behind quips and a “caviler attitude towards life”, when his steely edge does out, it’s all the more chilling for it.

Timothy Dalton’s 007 has a similar distaste for the job, but his is tinged with bitterness. In The Living Daylights, he shoves off a potential rebuke by growling, “If M fires me, I’ll thank him for it!” Yes, he still shoots off some quips, but he seems to do it only for the benefit of his Bond girls, as if in an effort to soften the blow of his world’s harsh realities. Dalton’s is still perhaps the most complex interpretation – cold, hard, and hidden. By contrast, Pierce Brosnan is the most emotionally accessible Bond, and he strikes the best balance between the mirth of Moore and the menace of Connery. He doesn’t exactly wear his emotions on a tailored sleeve, but he’s easier to read since triumph and tribulation play clearly on his face.

Finally, Daniel Craig is Bond at his most brutal. His 007 doesn’t seem to hate his job as much as his predecessors, but then he doesn’t always seem to understand or appreciate the geopolitical weight behind the mission. Even so, he can’t bring himself to completely embrace the brute. He hides too. He sinks himself into the finer things in life, relishing cufflinks and caviar. Yet he wears his suits “with such disdain”, as if he can’t fully get behind these meager efforts to civilize the beast inside him.

Though each actor has brought his own personality to the malleable role, the films still fit together in a loose (and often contradictory) continuity. Perhaps there’s a reason why TV stations throughout the western world air 007 marathons on bank holidays and around Christmastime. Holidays are all about traditions and Bond is too. After all, how many of the movies feature ski chases, sharks, or fights on a train? It’s an oddly specific formula, but it holds things in place. It’s familiar, comfortable, perhaps even comforting. But the formula is at its best when it bends. Break the conventions (like Licence to Kill) and you lose the audience’s sympathies. Adhere to them too closely (like Die Another Day), and you lose their interest.

That balance of change and tradition is the reason Bond is still so popular today (and why he beats out Santa Claus as a yuletide symbol in my book). The Broccoli family deserves a lot of credit for having the courage to course correct with the times, but they owe their success to a character who can seem uniquely at home at any point in history. James Bond was born a creature of the Cold War, but Goldeneye and Casino Royale proved he was a hero for any age. We love him because we want to believe there is someone so consistently relevant standing for us in a world that can change overnight.