It is a beautifully illustrated and heartwarming, magical tale about young Nicholas. For Nicolas learning to swim was hard but learning to swim on his own is harder. Every time he thinks about swimming without an adult right beside him, fear wells up inside of him. But, with the magic of a paper snowflake, will he succeed?

“I was inspired to write this book when my son first began swim lessons. At the time, he wanted to learn to swim, because he knew it would be fun, but he feared the learning process,” said JeanAnn Reeves. “Back then, to help him overcome his fear, he carried a simple, white paper snowflake we made during an arts and crafts project. More than likely, the snowflake was a symbol of having a piece of me with him when I was not able to hold his hand. It was both comfort and courage to do things he was scared to do on his own.”

Congratulations, JeanAnn Reeves, and thank you for sharing your gift with other parents! 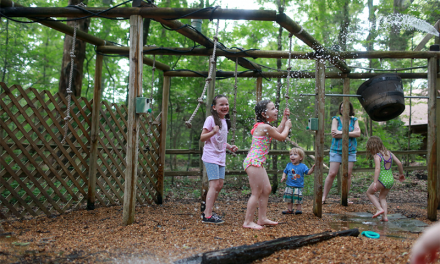