Milo is a young artist. He loves to draw the people and the world around him. He also has an imagination. When he sees people on the subway as he and his big sister are making a monthly trip, he draws them within the world that he imagines. The bearded man working the crossword puzzle has an interesting world to live in according to Milo: a rat-infested apartment with cats who don’t do their job. The little boy with the tie and the neatly combed hair, in Milo’s imagination, is taken to a castle in a horse-drawn royal carriage to be waited on hand and foot. The young lady on the subway in the wedding dress is greeted with wedding march music from street musicians before her beautiful wedding in a cathedral, where afterwards she is whisked away with her groom in a giant balloon, rising into the blue.

Milo wonders how people see him. He ponders if people can see him in class at his school, cooking chili at his auntie’s house near the cemetery, and his mother’s soothing voice reading a bedtime story…over the phone.

Where are Milo and his big sister going?

Finally, Milo and his big sister arrive at their stop. Milo’s stomach is a little nervous as they walk up the stairs to the building above ground. There are many people walking around outside, especially police. He is surprised to see the little boy with the tie and the combed hair walking into the large building with his father. As Milo and his big sister get in line to go through the metal detector, Milo once again sees the well-groomed boy in line, too. Is his mother in this building, too?

Milo begins to think. Maybe he could have imagined the little boy’s world and the other people’s world differently. Milo and his sister walk into a large room where family members, one of which is wearing an orange jumpsuit, are meeting with each other. His excitement races when he sees his Mother, in her orange jumpsuit, waiting for them. He shows her his favorite picture that he has drawn: Milo, his big sister and his Mother sitting on the front stoop of their apartment building enjoying ice cream.

Matt de la Peña’s carefully written prose leads the reader from observing a pleasant ride on a subway to wondering where Milo and his big sister are going. As the story progresses, the reader begins to realize that the two are on their monthly trip to visit with their mother who is in prison.

Christian Robinson’s acrylic and pencil artwork is rendered partly as child’s doodles and a more nuanced elementary technique that compliments the youngster’s sketches. They work together to tell the story of Milo’s vision and to document the trip.

Milo’s imagination and reality are widely separate, but the message is all too clear: outer appearances are sometime hard to match up with reality. Only through compassion, patience and time can we truly understand others. 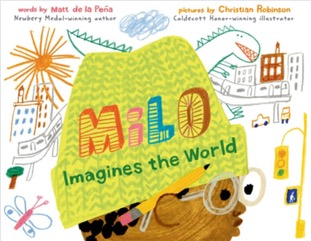 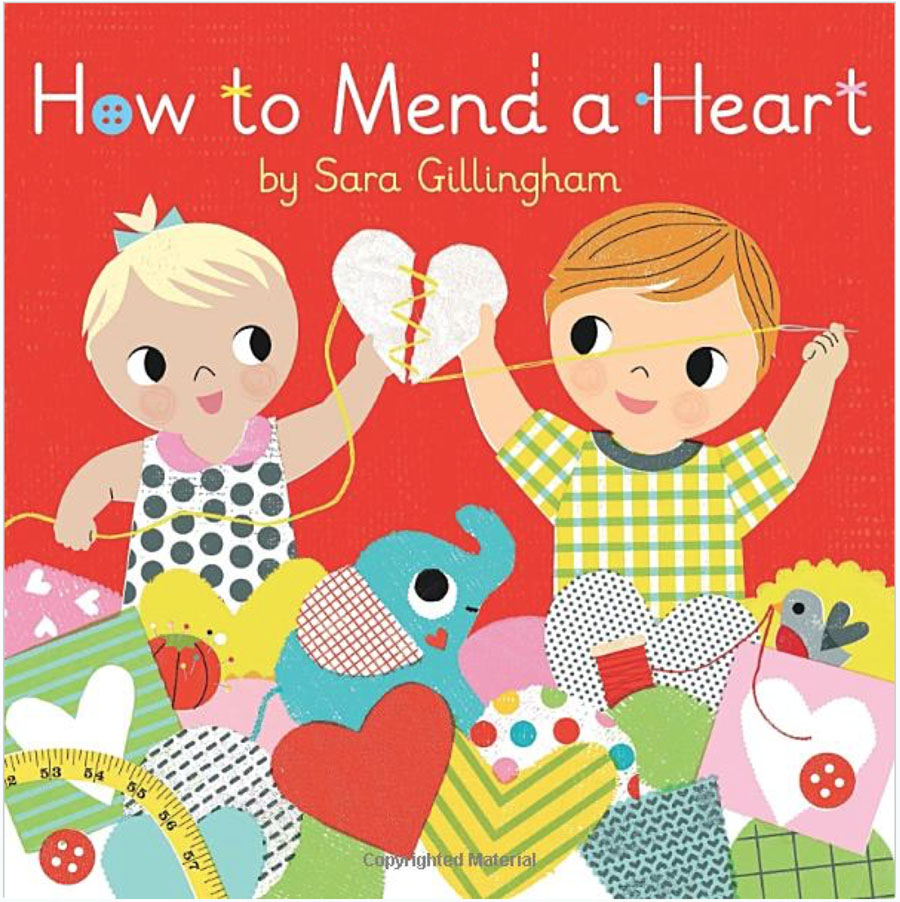 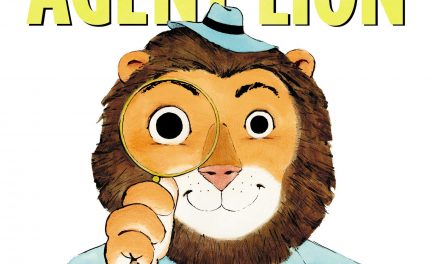 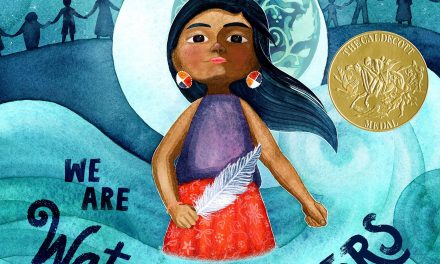 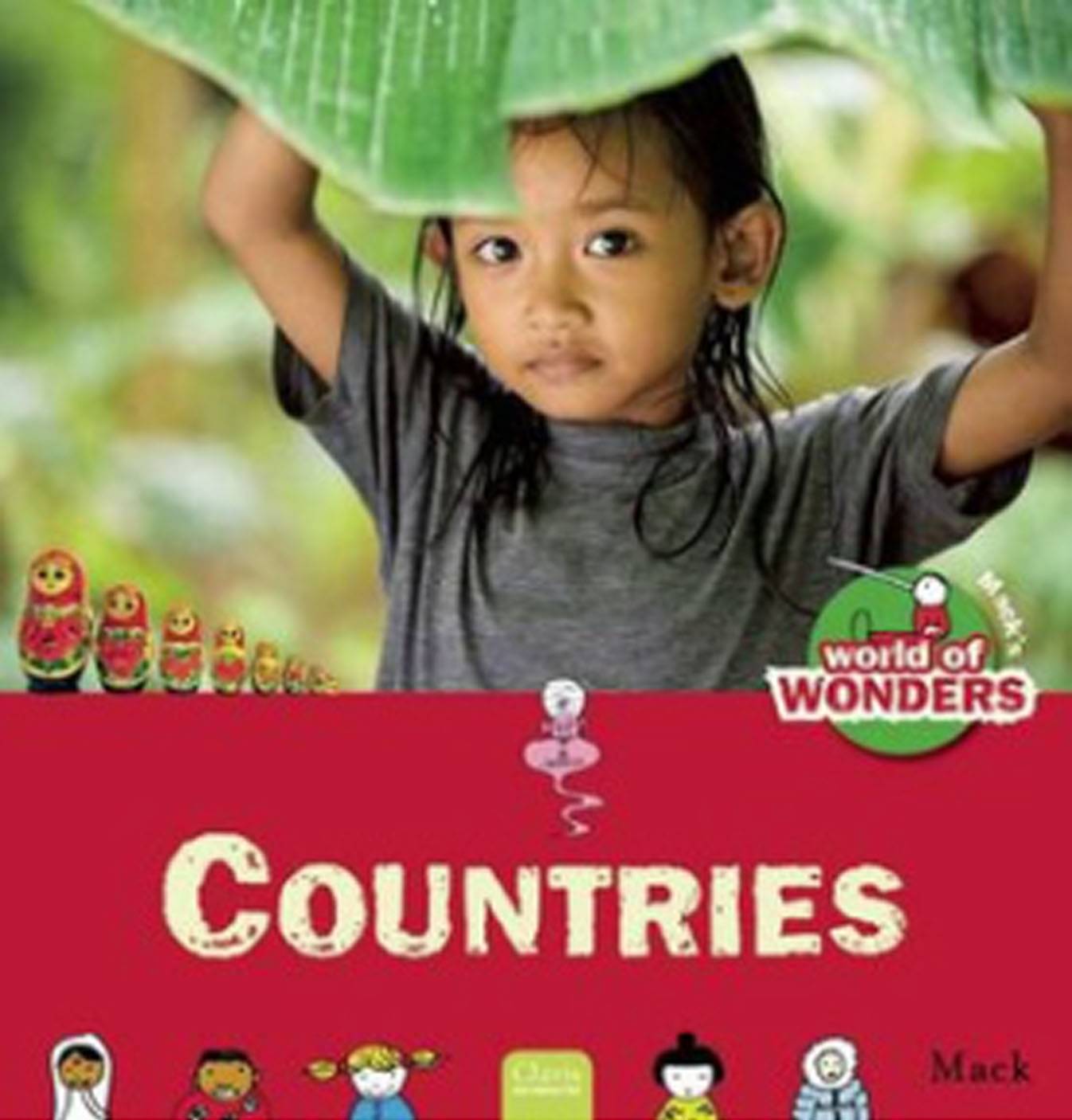