Parents, Disney+ has given the opportunity to share your favorite Disney Channel shows and movies from your childhood with your children.

With everyone mostly staying inside these days,  it is the opportunity of a lifetime to show the kids what they were missing in the seventies, eighties, and nineties because children’s television has gone through significant changes through the years. Let’s face it. Kids who were born after 2004 probably are not very familiar with shows such as The Suite Life of Zack and Cody, That’s So Raven, Hannah Montana, Even Stevens, or Boy Meets World. Is this not a tragedy??

Plus, the Disney classics are a whole other discussion. Now it is very likely most young children have seen the Disney princess movies because they are a staple in Disney Culture and the highlight of the Disney theme parks, but there are so many more spectacular classics and history making films under the Disney company that children must experience.

First of all, parents, this is the chance to go back to where the magic all started—the original shorts from the 1930’s (hand drawn by Walt Disney and his associates) that played before longer pictures at the movie theatres. Walt was one of the first to accomplish this form of animation and synchronize it with sound back during the time of the Great Depression. Likely very few people who were around at these times are still here today, but these shorts are a piece of history and show how the Disney magic began. To start, check out Steamboat Willie, one of the first cartoons to feature Mickey Mouse. After that Three Little Pigs and Flowers and Trees are classic shorts to see.

Disney is known for remaking its classics, and likely kids these days have seen the new versions of these movies, but to fully appreciate the history of these movies, they need to be introduced to the originals. The original Tron and Herbie series are available on Disney plus as well as all the animated classics that have inspired live action remakes over the years such as Beauty and the Beast, Cinderella, and Pete’s Dragon. Other classic Disney movies that many forget are owned by Disney are The Sound of Music, Princess Bride, and Hocus Pocus, and everyone should experience these three movies at least once in their lifetime.

What Disney+ has given parents is a chance to share a piece of their childhood with the younger generation. It falls very much in line with Walt’s hopes for his parks and his movie company: to create a space where adults and children can find fun and to bring people together. Walt Disney likely never expected some of the ways Disney has grown into an empire, but it would be fair to say that Disney+ holds to his vision of shared experiences and nostalgia. Disney+ presents opportunities to share so much with the younger generation and because of this, has made a big impact on the spirits of many people as we go through this difficult time in our world. 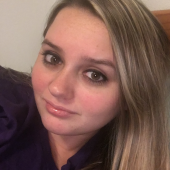 When Micki Brushwood was twelve-years-old she dreamed of being a writer and would spend hours each day typing out stories on her iPad Mini. Flash forward nine years, and Micki is a college senior currently pursuing her BFA in Creative Writing at Belhaven University. Originally from Central Florida, Micki has a background in script writing for local community theatres and has been published in two anthologies with her short story “Chloe’s Box”. In her free time, Micki enjoys painting and working on creative short stories at her favorite coffee shop. She loves to see her friends whenever possible and bring them together for a meal. She will happily cook for a crowd!