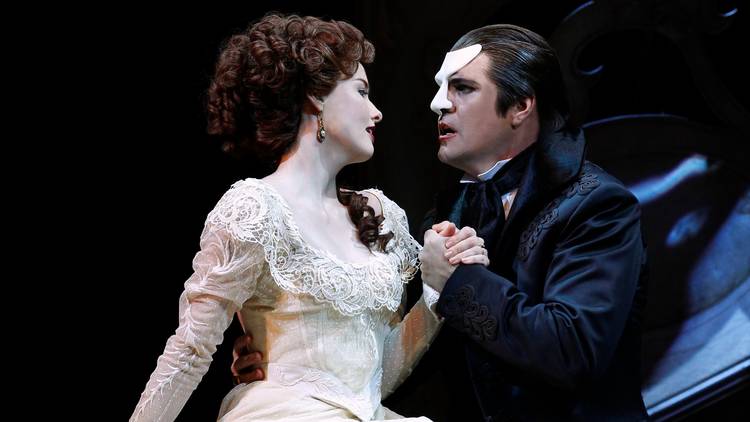 As lockdowns continue to keep theaters dark on Broadway and beyond, arts institutions like the National Theatre and the Metropolitan Opera have helped keep the ghost light burning by providing filmed versions of stage shows to audiences at home. Now composer Andrew Lloyd Webber, a veritable institution unto himself, is pitching in as well.

The composer’s Really Useful Group, in partnership with Universal, is offering free broadcasts of the greatest Andrew Lloyd Webber musicals, including such megahits as ‘Cats’ and ‘The Phantom of the Opera’.

A different Lloyd Webber musical streams each week on The Shows Must Go On!, a new YouTube channel devoted to this project. Each show goes live on the channel on Friday at 7pm BST (2pm EDT, 5am AEDT), and usually remains viewable for 48 hours afterward.

In addition to full-length videos, the channel streams clips and behind-the-scenes footage. (Lloyd Webber has already shared several individual songs, performed by himself at his piano, in sweet videos on his Instagram and Facebook accounts.) Links to charitable organisations are provided.

Two musicals in the series were announced initially, and the rest are being unveiled week by week. Here is what’s up next:

After last week’s screening of ‘The Phantom of the Opera’, which was watched by more than 11 million people, you can now catch Lloyd Webber’s 2010 sequel: ‘Love Never Dies’. The lyrics are by Glenn Slater, and the book is by a committee comprising Lloyd Webber, Slater, Ben Elton and Frederick Forsyth.

‘Love Never Dies’ picks up ten years after ‘Phantom’, which was set in the 1880s, but somehow lands in 1907 Coney Island, where the Phantom reunites with his stalking victim, Christine Daaé, and other characters from the first show. The whole thing plays like misguided ‘Phantom’ fanfic, and after negative reviews in London the musical never came to Broadway as had been planned. Happily, an Australian production starring Ben Lewis and Anna O’Byrne was filmed in 2011, providing a record of this fascinating misfire.

Of special interest is ‘The Beauty Underneath’, a sequence in which the Phantom yells a rock song as he leads a boy (his son with Christine, we soon learn) through an insane hall of mirrors populated by caged freaks, pinhead children, writhing women, a skeleton monster, a mermaid and a guy on a penny-farthing bicycle. This number must be seen by everyone.