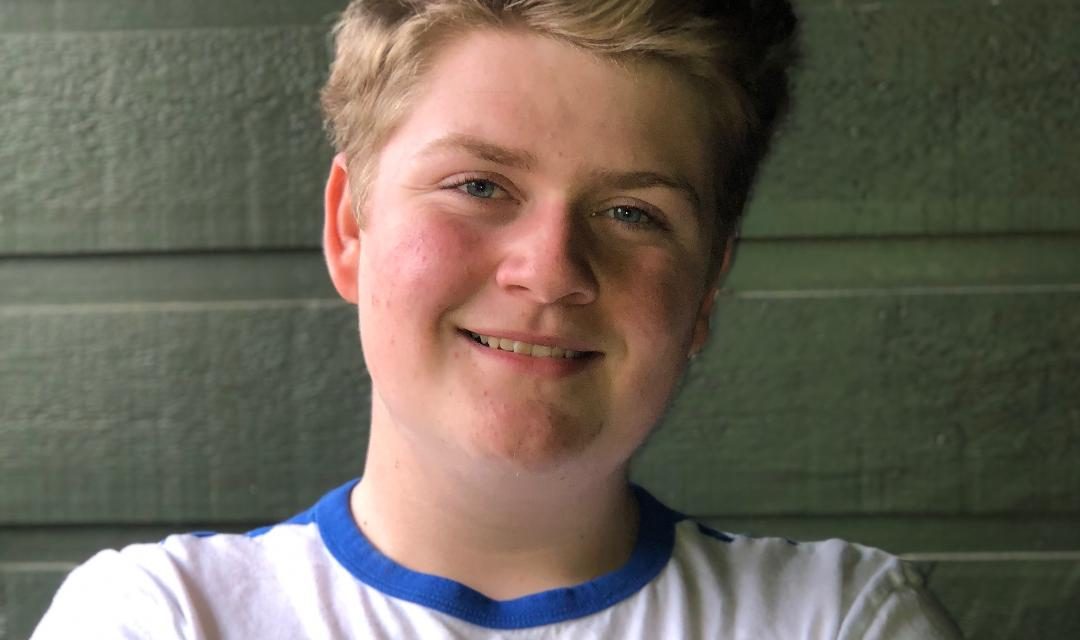 Most parents can’t imagine the possibility of never being able to hold their child in their arms again. Unfortunately, that was mine and my husband’s harsh reality when we were told at the hospital that our son probably wouldn’t get better and there wasn’t much more the doctors could do. This was never supposed to happen. We struggled to take it all in. We kept thinking, “How are we living this nightmare? Why had this happened? After all, we were only here for a respiratory virus, weren’t we?”

Dylan, my then almost 9-year-old, had always had difficulty during the fall and winter months with colds and viruses. We were told he had mild asthma and he just seemed to be more susceptible to respiratory germs. When he was younger we always seemed to be in and out of doctor’s offices for some type of cold and were typically sent home with breathing treatments. It seemed to be the norm for him. That October, Dylan had been battling a respiratory virus with a lingering cough. He had gone to the doctor multiple times over those several weeks and he seemed to progressively get worse.

One night he woke with a bad cough and difficulty breathing. Typically we would go to the closest ER, as we had done a couple of weeks earlier. However, my mom instinct kicked in and I insisted my husband drive us to the hospital this time, although we live an hour away. Something in my gut told me that is where we needed to be. After a round of tests, as he was taking his treatment, my son started crying, he looked panicked and said he could not breathe. That is when my world was turned upside down and everything came crashing down around me. I could see the sense of urgency on the respiratory therapist face, as she saw his oxygen levels plummeting. Within seconds she took off pushing him in his bed, wheeling him to another room and was calling for backup.

There was chaos and pandemonium happening around me. I was standing next to the hospital bed, holding my precious son in my arms and his eyes rolled back and he fell over. I stood there helplessly screaming in the hospital, unable to help my son. He had completely stopped breathing on his own and the “angels” as we call them, hand-bagged air into his lungs for several hours. They never gave up on him. My husband and I were on the floor outside of the ICU doors for what seemed like an eternity. A nurse finally came through the doors, dropped to her knees and told us what no parent ever wants to hear. “There is not much more we can do. We don’t know if he will make it through the night.”

I felt like I would wake up from this nightmare any moment. But it wasn’t a dream. I had never prayed so hard in my life. I remember going into the bathroom in the waiting area, sobbing on my knees, with my hands in the air, praying as loud as I could to Jesus, begging him to save my son.

Hours passed and we were told that, by the grace of God, they were miraculously able to get him on a ventilator. Several days later, we were still unsure of the outcome, but we held on to our faith. That’s the only thing that got me through.

I remember sitting by his bedside in the ICU, and there were literally hundreds of ladybugs covering his hospital window. Dylan loved ladybugs. I started to cry because I knew God was giving me a gentle reminder that everything was going to be okay.

As the days progressed, Dylan slowly got better. Slow progress was better than no progress. After many, many days he finally was able to be taken off of the ventilator and came out of his coma. It was such a hard battle to overcome, but Dylan did it with such grace. He had to have physical therapy in his room to help him regain his motor skills. Day by day I watched him slowly regain his ability to raise his arms above his head, move from the bed to the chair with assistance. Then we tackled the monumental day of him being able to walk down the hallway of the ICU. I remember the staff cheering and clapping as we walked arm in arm down the hall. After a few weeks in the hospital we were able to bring our miracle home.

Dylan uses his experience to spread hope and determination. He loves to speak to other kids and encouraging them to never give up. Dylan still catches illnesses easily, but now we help control it with an inhaled steroid that he takes daily. That unfortunately lowers his immune system, but it helps to keep his lungs open, so he can recover quicker than he used to. We also take extra precautions in the winter months, during flu season. Dylan is 15 now and he still talks about his experience. When I ask him how he feels about everything he went through, his response always is, “God wants me to use this experience to help guide others to faith and hope.”

Always remember nothing is impossible.

Amber Brockwell is originally from Collierville, TN and moved to Mississippi in 2003, when she married her high school sweetheart. She is a writer and the editor of Family Fun Calendar, and she homeschools her two children.

VBS Fun For All!

Noah Harris: From Hattiesburg to Harvard