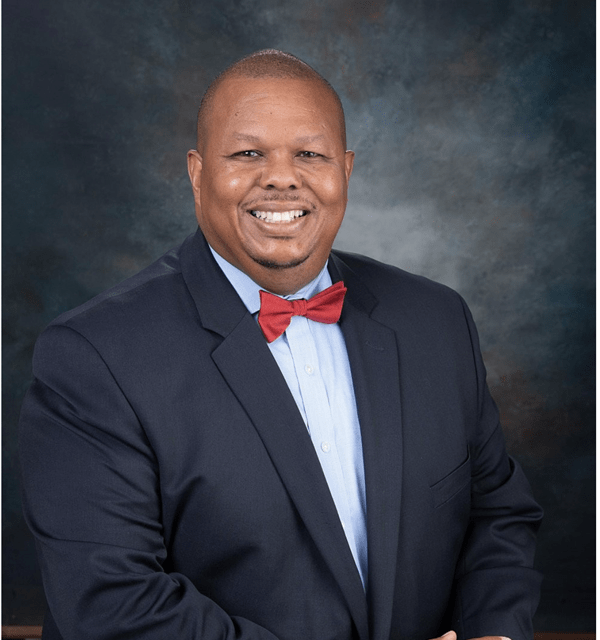 Dr. Earl Nelson, superintendent of Clarksdale Municipal Schools, is a native of Cleveland, Miss., and has served our state’s education system for 28 years. With high hopes for 2020, we’ll get to know him better and see what his goals are for the district.

Prior to taking the helm, Dr. Nelson enjoyed teaching and advising in technology on local and national levels. Along with writing curriculum in this role, he also served as a successful coach, leading his program to two state championships in 2001 and 2004. He served a 15-year tenure as a principal on the coast, during which Hurricane Katrina decimated the school district but did not deter his commitment. During the storm recovery, he literally worked from the trunk of his car, and eventually took his middle school to National Blue Ribbon recognition in just six years. This made his school one of only 15 middle schools given this honor, a distinction held by only the top 300 schools in the country.

Seeing an opportunity to go from “serving hundreds” to “serving thousands,” he accepted the role of Clarksdale Municipal Schools Superintendent; he wanted to see the district rise to new heights.

“Seek first to understand, and then be understood” is one of many teachings by Stephen Covey that have inspired Dr. Nelson. With this in mind, he has first tried to understand the district and implement five goals.

First, he strives to “align all resources within the district.” To begin understanding, audits of the effectiveness of district resources are conducted throughout the year, with feedback from the community, parents, students, teachers and other staff. Surveys are available for parents to complete through the website, and members of the central office who visit schools daily conduct a needs assessment and surveys for the schools, staff and community.

“My second goal is to close the gaps and make sure all students are college-ready,” he explained. “We have very good students, but we do not ask them to do enough.”

Seeing untapped potential drives him to call upon his experience as a coach and ask everyone — including custodians, bus drivers, teachers, administrators, parents and the community — to work as a team to close the gap. One way he has begun to address this is to make sure the district policy on attendance falls into line with the law. He desires a 95-percent attendance rate, so keeps a very close eye on this.

“Third, I want to increase the effectiveness and efficiency of the organization,” Dr. Nelson explained. The surveys are used to aid future growth and identify areas of improvement and development.

“Fourth, I want to establish respect, and a positive culture centered on teaching and coaching,” he said. “I believe we have to have intentional professional development for our teachers and staff.”

Additionally, the district has already done mandated training for suicide prevention, and is now working with the Jason Foundation by using its program that allows students to report bullying. This way, Dr. Nelson and the school will know immediately what is going on with bullying. So far, the results have been positive.

“Fifth, I want to build public trust through open communication,” Dr. Nelson said. Information is distributed through the website, churches and flyers at school. Regular activities are advertised, including engaging with community organizations for reading events, free haircut days, and financial workshops at local banks.

Dr. Nelson is poised, positioned and purposed to impact the Clarksdale Municipal Schools and community in many ways.

“I am looking to make a difference in Clarksdale,” Dr. Nelson said.

Alicia Stevens, a resident of Pearl River County, is a freelance writer, wife and mother of two who enjoys travelling with her family and friends.

Not Sure How to Have “the Talk” with Your Kids?

Some Infant Formulas Have Been Recalled

Curfew Order in the City of Jackson Ends on Tuesday