This month in the Toy Box, I thought I’d find a bunch of different games for everyone to enjoy. Let’s get into it!

Sonic the Hedgehog is back with a new game. This racing game allows you to pick from 15 characters to team up into teams of three racers. There are 20 race tracks to race around gathered into five Grand Prix or you can race on individual tracks. You can also race online or play through a story. There are modes where you can race solo, but racing as a team is very fun in this game, as well as what sets it apart from other racing games. The game costs $30 and can be played on PS4, Nintendo Switch, Xbox One and the PC. 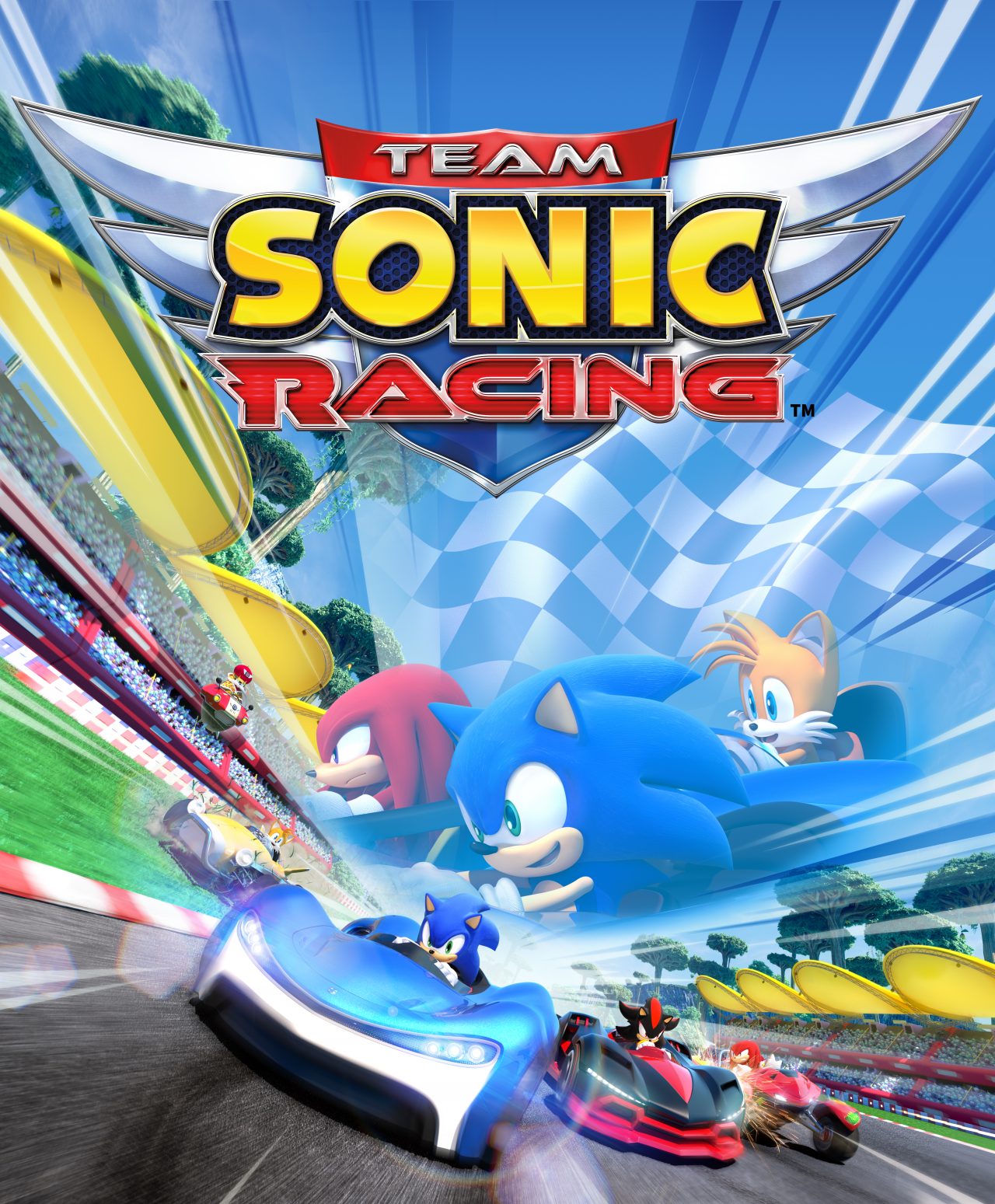 In this card game, your goal is to be the first player to fill your stable with a certain number of unicorns. There are three types of unicorns: baby unicorns, that everyone gets at the beginning of the game, basic unicorns, which are just basic, and magical unicorns, that have special powers that will affect the game. Everyone starts with a baby unicorn in their stable and five cards in their hand. The gameplay is the basic draw-a-card and play-a-card mechanic. When you play a card, you can either add a unicorn to your stable or use a non-unicorn card. There are four types of non-unicorn cards. Upgrade cards go into your stable and have a positive effect while in the stable. Downgrade cards can be placed in other players’ stables and have a negative effect while in the stable. Magic cards have one-time effects. And instant cards can be played at any time (even when it’s not your turn). Gaming can get pretty competitive as the tagline for the game is, “Build a unicorn army. Betray your friends. Unicorns are your friends now.” The game costs $20 and can be found on Amazon. 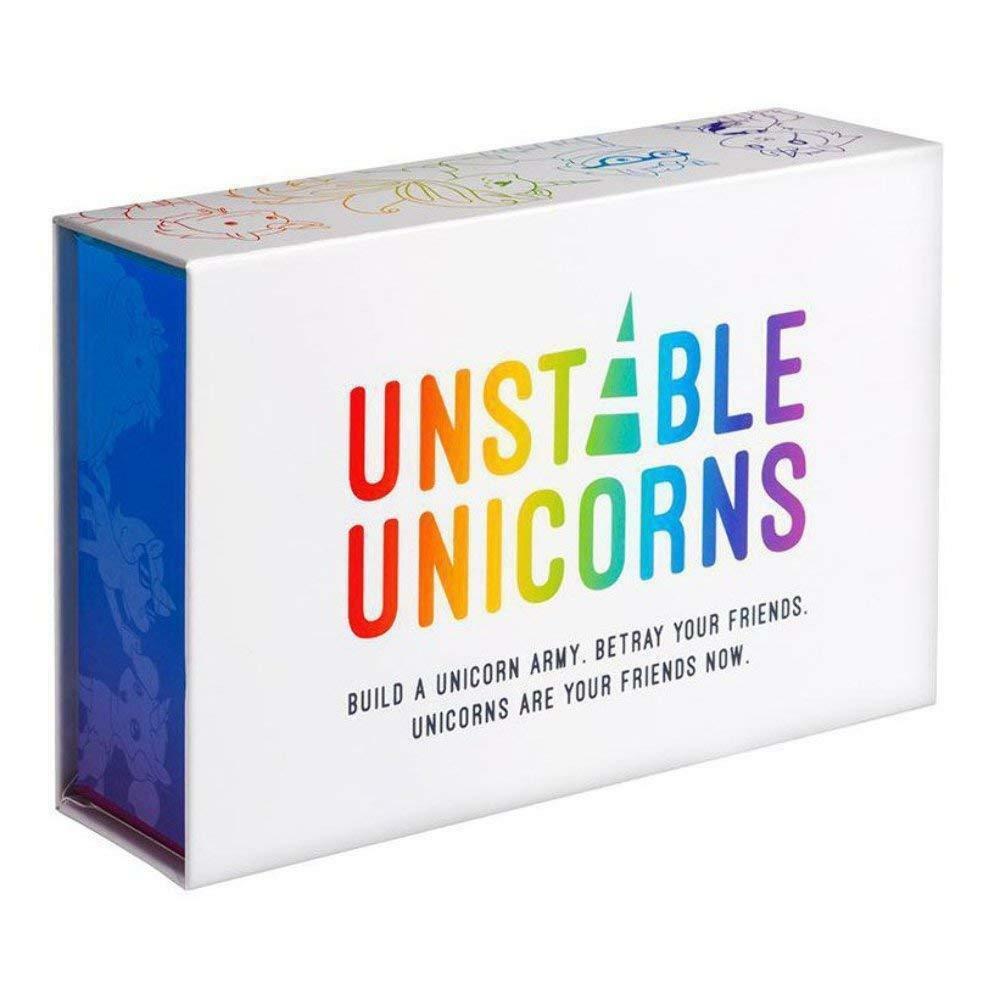 Just when you thought it was safe to play on your pool table, here comes Jaws the boardgame! Based on a movie that scared me as a child, Jaws is split into two different acts. The first act takes place on Amity Island. One player plays the shark, while the other player(s) play the three main characters: Quint, Hooper, and Brody. The goal of this act is for the shark to eat as many swimmers as he can while the heroes are trying to find and attach 2 barrels to the shark. The mechanics of these acts are very interesting as the shark player uses a tablet to keep track of where he is, and the heroes must use the shark player’s actions to figure out where he is. When Act 1 is over, you turn over the board and set up for Act 2. The number of swimmers eaten in Act 1 affects the set up for Act 2 in how many cards the shark and heroes get. The second act takes place on a boat called the Orca. The goal of this act is to be the team that survives. The shark will surface and either attack the boat or the heroes while the heroes attempt to prepare and attack the shark when it surfaces. There are cards that give the shark three choices on where to surface, so the heroes have an idea on where he might surface. The shark has to either completely destroy the boat or eat all three heroes, while the heroes have to just kill the shark. The game costs $30 and can be found at Target. 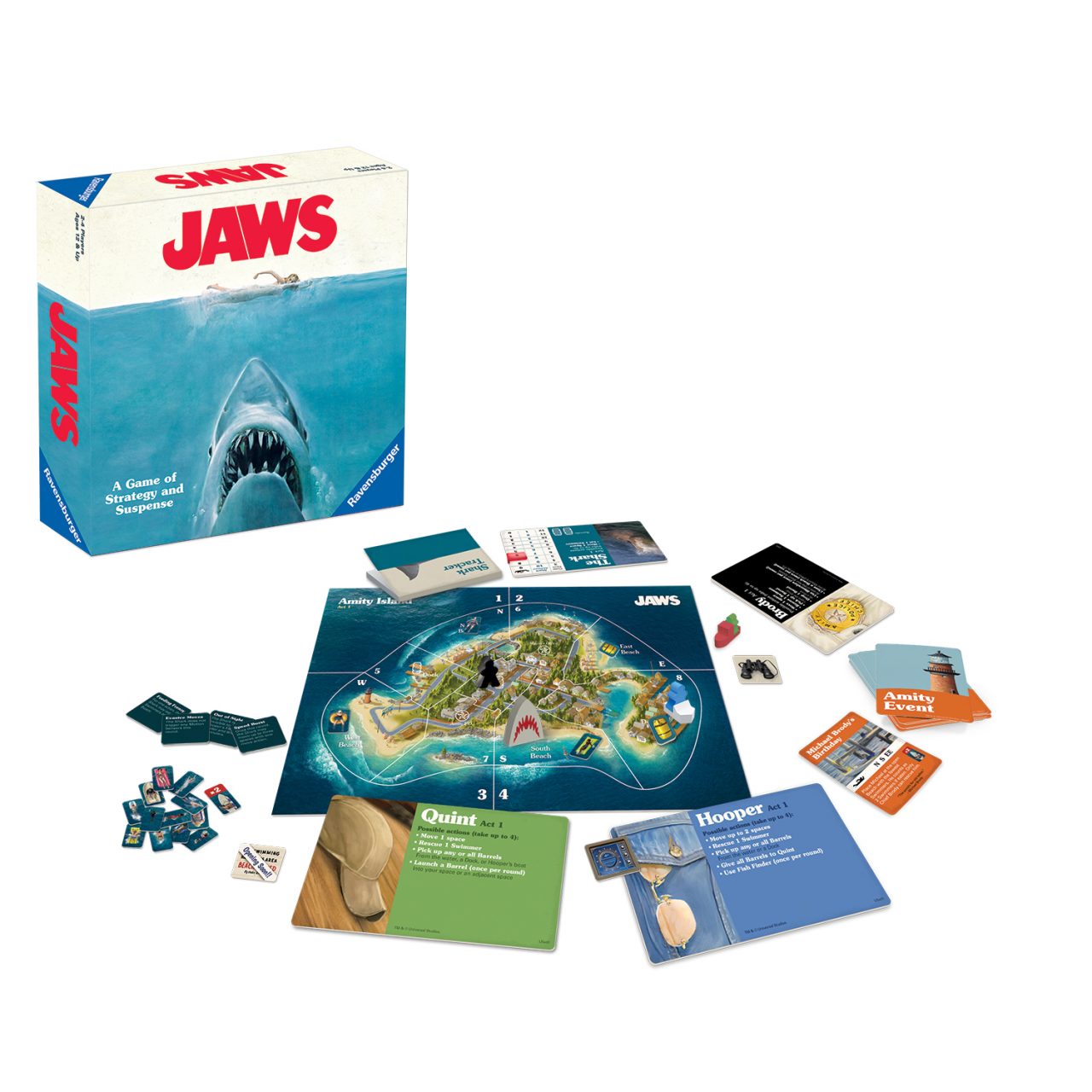