For the majority of children, a new school year means new teachers and homerooms. For some families dealing with relocation over the summer, however, it means much more. It includes a whole new school altogether. There’s a new system, new buildings and new people.

This is a common experience shared by many kids on the Gulf Coast. With the military base at Keesler in Biloxi and the companies located out at Stennis in Hancock County, South Mississippi is home to many recent transplants and will no doubt be home to many more in the future.

In the case of the military, changes in duty stations and new school stress can affect the entire family.

South Mississippi resident and recently retired Lieutenant Commander John Hayes is the father of eight. He commented upon the “yays” and “nays” of raising a family while serving in the Navy.

“In the early years of our marriage, moving our family to a different duty station every three years was fun,” Hayes said. “Michelle and I loved the changes. When the older children were in the lower grades, new schools and new teachers didn’t affect the kids much. But as they moved into junior high school, we started to see problems developing.”

He said they started making more serious friendships, and making plans based on what was being offered at the schools they were enrolled in.

“So, new states, new curriculums, new friends made for big changes in the kids’ lives,” he explained. “That’s when we looked into homeschooling. Under the homeschooling plans, we were able to give the children a more planned out school future…a normalcy of our own.”

“Now we have three still learning at home in primary grades, two in high school at home, one is still in college, and two have graduated college,” he said, adding that they’ve all passed state exams with either normal or above-normal grades.

“For us this was the best way to go,” he said. “Though not the right decision for everyone, it definitely cut down on stress and anxiety for my family crew.”

Every state, county, and town has a school board or committee to govern the finances and resources of the educational system within its jurisdiction. Extracurricular activities help children find pleasurable connections that promote their interest in attending school. When being relocated into another school system, children may find the very activities that fueled their days are no long readily available. Kids moving into urban districts might find that dance and stage are more popular electives than 4H and agriculture were at their previous schools. Likewise, southern towns’ athletic programs may focus more on football than on hockey.

Aside from encouragement these children receive at home, there are things schools do to ease anxiety.

Linda Findlasen is retired after 38 years of teaching in Gulf Coast schools. She explained that local schools are aware of challenges faced by relocating students.

“In the Gulfport and Biloxi schools, social workers provide classes for new children moving into the area,” Findlasen said. “Because of the large influx of military and government employee families, they deal with this situation often. The social workers hold both group and private counseling sessions for children struggling with fear or separation anxiety.”

Parents need not struggle with this common occurrence on their own, but should reach out to the new school system. That will be the best source for assistance. The teachers and administers will always have an interest in helping with these transitions. 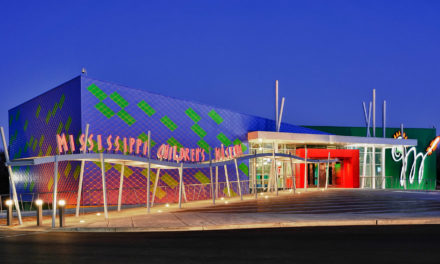 A Special Honor for Mississippi

Services for Lusia “Lucy” Harris Stewart to be held at Delta State Feb. 5