Recently, I went and saw the movie Shazam. The story revolves around a 14-year-old Billy Batson. He meets a wizard named Shazam who gives him the power to turn into an adult superhero. There are some scary scenes in the movie. I would equivocate them with the scariness of Jurassic Park, but it’s also a really fun superhero movie and has become one of my favorites. Because this is an origin story, we see Billy really turn into a hero throughout the movie. This month I thought I’d write about Shazam and a game where you get to become a hero yourself.

Shazam is one of the oldest superheroes, first appearing in 1939 as Captain Marvel (the name has a very complicated history), a year after Superman first appeared. Even though Shazam had a TV Show in the 1970s and 80s, this movie is the first one the character has been featured in. The toys for this movie are great. You can get the whole Shazam family as 6” action figures, each comes with a monster that can be slung using your fingers, or as Funko Pop figures, both around $10. There are 6” Shazam and Dr. Sivana action figures that come with replaceable parts and accessories for about $20. There is also a 12” Shazam figure that has a thunder punch, sold for $20 as well. Lastly, you can get a Shazam chest plate and play as the hero himself, also for around $20. All these toys can be found where toys are sold. 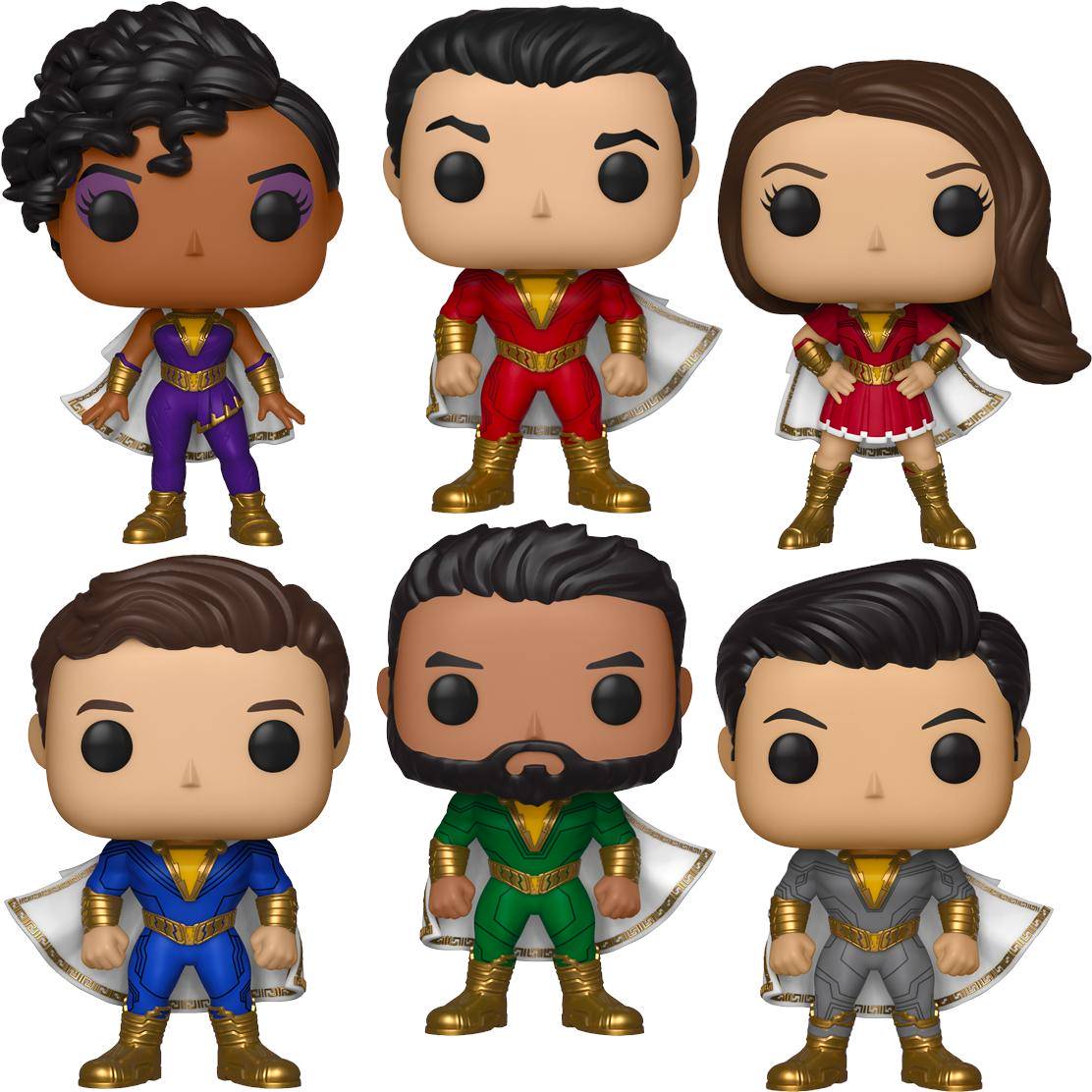 In this game, you create a hero and forge his or her destiny. At the beginning of the game, each player is given two cards of three different types to create their heroes. One card is your character’s origin, another is their motivation, and the last one is their destiny. You’ll place the origin and motivation face up on your board and the destiny face down. In the center are the act cards. There are three acts and the decks are placed in order. Next to the decks, you’ll place four cards face down and at the beginning of the game only Act 1 cards are turned face up. On your turn, you can choose between traits and challenges from the face up Act 1 cards. You can gain a trait if you meet the requirements on the card. With challenges, you have to roll tiles based on your characters traits to equal or exceed the challenge number on the card. If you fail, you discard the card and gain an experience token. One more thing that has to do with challenges: there are two routes that give you different outcomes if you succeed. But you must let other players know which route you are going, before rolling your tiles. When you receive an Act 1 card, you place it on your board under your origin card with the outcome showing underneath it. Once someone has three Act 1 cards under their origin card, that person moves to Act 2 and the four faced down cards are turned face up. Act 2 cards are placed on your board under your motivation card and Act 3 – under your destiny card. Once a player has three cards under each of their starting cards, all the other players get one more turn and then the game is over. At the end, players add up points that they receive during the game. Their score is made from light points (for doing good and being a hero), dark points (for doing not so good and being an antihero), experience tokens, cards that were played, and sets of story icons found on certain cards. Once all the scores are added up, players can take their cards and tell the others the story of their characters. It is really fun weaving a tale from all the cards that were collected. Call to Adventure costs $35 on Amazon.

The Game of Wolf

In this trivia game, players make the choice to either form a pack with another player or go alone as a lone wolf to double the points. Whether the wolf chooses to be part of the pack or being alone, the rest of the players form a second team. The team with the highest number of correct answers wins, and the points are handed out according to the scoring chart. Once everyone has played as the wolf, a round has been played, and the game ends after three rounds. The Game of Wolf costs $25 on Amazon and a portion of the profits is donated to Alzheimer’s research. The recommended age for this game is 14+ and you can find more games for grownups on ParentsandKids.com.