Growth Spurts: My Other Children

Have I ever mentioned I have two children besides Callie, Caleb, and Katie? They’re quite a bit furrier than my other three kids, and they each have four legs. Rico and Toby are their names, and even though they are dogs, they are still my children.

We’ve had Uncle Rico (Yes, he’s named after the character in the movie Napoleon Dynamite.) since he was an eight-week-old blonde bundle of snuggles. He is a Golden Retriever/Border Collie mix who can easily and gracefully leap over six-foot fences. Now almost eight years old, he loves being a part of the Partridge family so much that he can hardly eat when we’re not home with him, and he runs laps around us when we do return home. He comes to us for comfort during storms or if balloons are in the house; he shows concern for us if we’ve fallen asleep on the couch; and he faithfully alerts us when the mailman arrives each day. Rico is both mild-mannered and kind-hearted. Even when he begs for us to slip him something from the dinner table, he does so with patience and gentleness. He simply rests his chin on my leg and looks up at me with those beautiful brown eyes and then waits. If I don’t give him anything after a few minutes, he just walks away. But let’s be honest–how can I not give him something?! 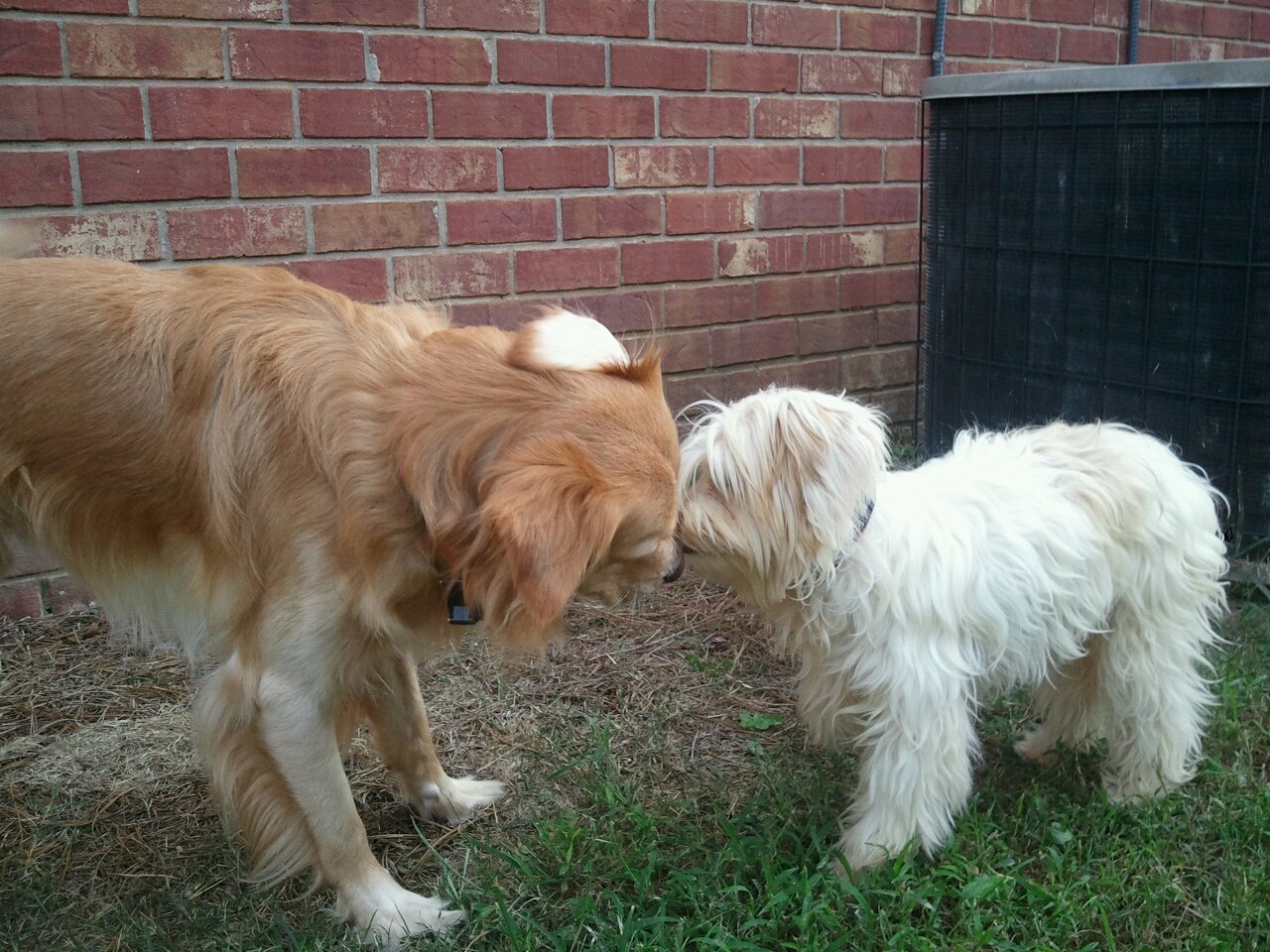 Toby (or Mr. Tobypants, as he’s come to be known) was a birthday gift for my youngest daughter Katie, because she loves to hold and care for living things. Toby is a year old and is a messy white mop with a black nose. We are pretty sure he has eyes, but we rarely see them through his hair. He’s pretty much the cutest thing ever, which is amazing since his parents are so ugly. I’m sorry, but they are. You see, Toby is a Chinese Crested Powder Puff, but his parents are of the hairless breed. (Google it and brace yourself.) I think that Toby got more than one recessive gene, because his fluffiness is intense.And his cuteness, I’m afraid, helps him get away with a lot. That and the fact that he’s the second child…

Toby somehow knows that he mainly belongs to Katie. When she’s at home, he follows her around the house. In the mornings, after he has gone outside to take care of business, he runs right upstairs to her room and jumps on her bed to wake her up. And in the afternoons, if she goes outside to ride her bike, he sits by the window and–I’m not kidding–cries for her. It is the most pitiful, high-pitched sound I’ve ever heard, and he only makes it for her. It’s very sweet, actually. 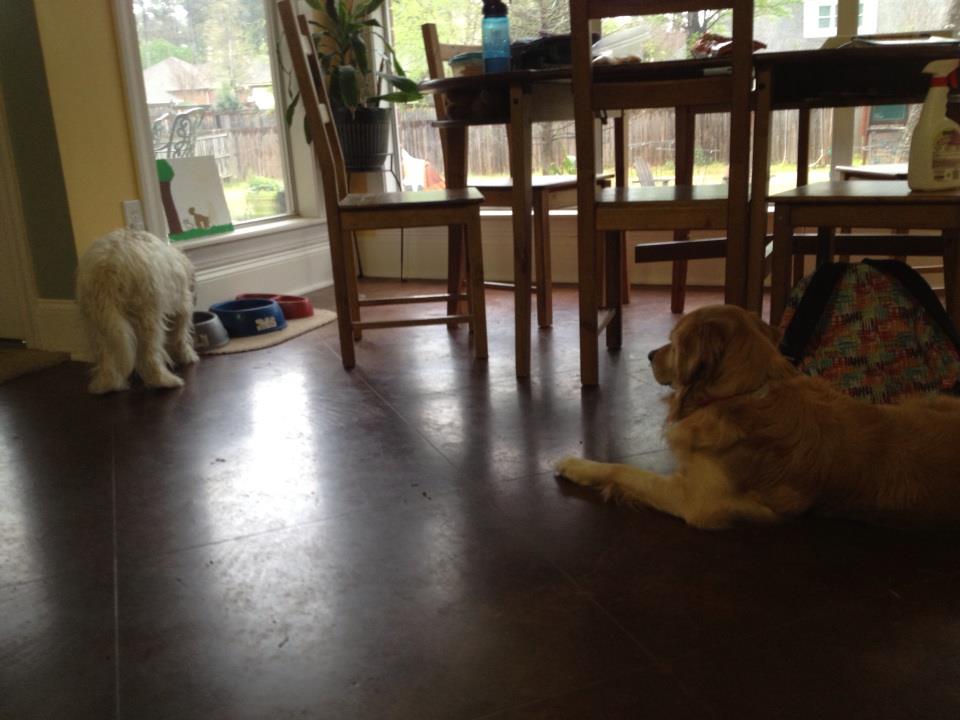 When they first met, Uncle Rico and Mr. Tobypants took to each other immediately. They are brothers who love to chase and wrestle each other; they run after squirrels together; and they sit in the double rocking chair on the back patio together like an old married couple. Rico is very generous to his younger brother, and maybe it’s because he’s just older and wiser. At mealtime, Toby jumps right into his bowl of food, while Rico reclines a few feet away and patiently waits for Toby to have his fill of the food before going to partake of it himself. When I hand out treats, Toby jumps and jumps for one, while Rico hangs back and waits his turn. (I keep the dog treats in the laundry room, so I have quite the dog parade behind me on laundry days.)

These two truly are part of our family. We all love them, and we all help take care of them. And even when they chew on or destroy something, we’re (usually) pretty quick to forgive them. After all, that’s what family does.

Carrie Bevell Partridge is more prone to spoil her dogs than her children and is perfectly fine with that.

Growth Spurts: Being an Aunt

Growth Spurts: (On Fatherhood This Time)