Too Focused on Food: When Body Image Rules the Mind 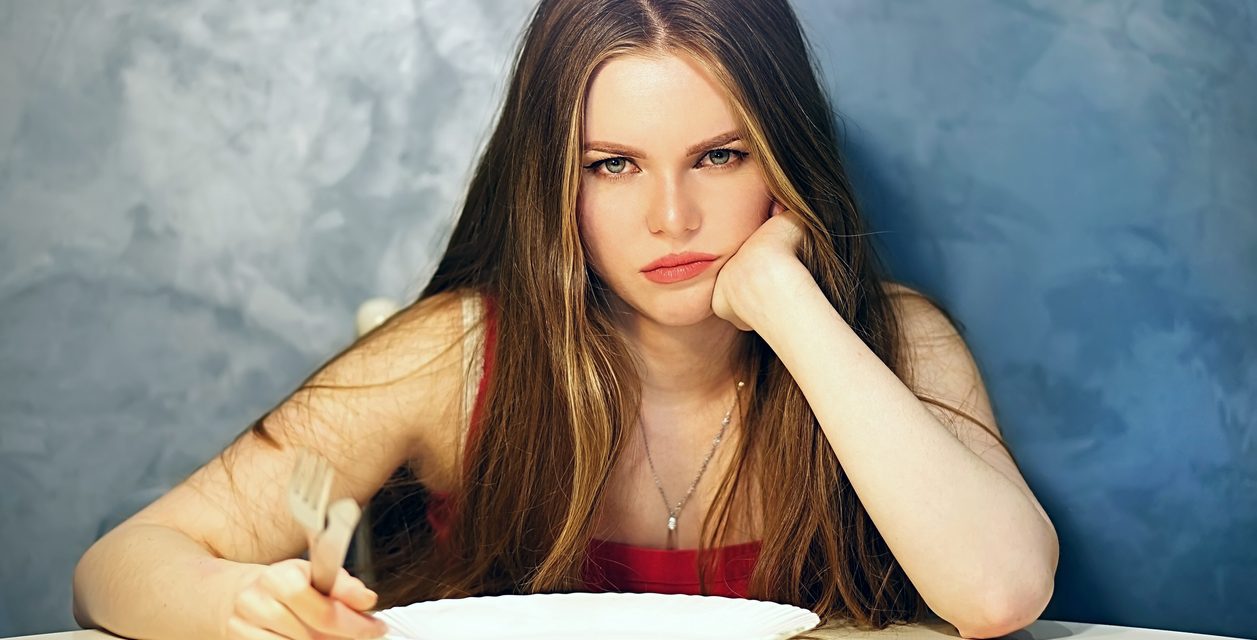 The human focus on fat has been around forever and is rarely positive. Gluttony is referenced in the Bible. Shakespeare’s Falstaff (Henry IV) was fat and generally distasteful. Even characters from modern literature like the much-disliked Aunt Marge and Dudley Dursey from the Harry Potter series are overweight. Developing a positive body image is a challenge for a lot of people, but it seems to be harder for women in general. Most statistics indicate that women are at least three times as likely as men to develop some kind of eating disorder as a result. Certainly, with the advent of social media’s “highlight reel” posts, the urge to measure up to what amounts to half-truths gets even stronger.

“Being Skinny” becomes a measure of personal accomplishment for some women, sometimes to the detriment of their health. Rebekah Kettleman is a Ridgeland area mom and educator at St. Augustine School. In high school and as a student at Mississippi College, she was always someone others would consider healthy and thin. But she struggled with comparing herself to her friends and family members who had more of a petite build. She freely ate without restrictions her freshman year as well. So the combination of the two led her to clean up her diet and start an exercise program. At some point, something switched in her mind and she began to become hyper-focused on calories and fitness. She says, “I started calorie counting and became obsessed. Being hungry started to feel normal, so if I ever felt ‘full’ I would feel the need to go for a run or do something to counter that feeling.” Her weight dropped dramatically and she became much more thin than her body needed to be. She graduated college and got married. However, it wasn’t until she became pregnant with her son that she realized she had an issue that she needed to face. She ultimately made the necessary adjustments to keep both her son and herself healthy, and she was able to do so without professional intervention. But, that’s not always a possibility.

American singer, songwriter, and actress Lady Gaga talked about her own struggle with eating disorders in a 2012 interview with Maria Shriver. She discussed the insecurities that led her to want to look like “a skinny little ballerina” instead of the voluptuous Italian girl she was born to be. In her case, coping with body image issues and her eating disorder required counseling and medicine.

The triggers for eating disorders like anorexia and bulimia are as varied as the people who cope with them. Unhelpful words from a trusted loved one, media images, significant life changes, or a tragedy can all cause a shift in a person’s thinking that could set them up for unhealthy eating habits. An example of one of those scary eating trends is defined by the non-medical term “drunkorexia”. It’s the dangerous cycle of not eating all day in anticipation of a drinking binge. The desire to stay skinny so overrules logical thinking that women wreak havoc on their metabolisms AND their livers.

Women who find themselves susceptible to these Be Skinny triggers have to work a little harder to stay balanced. Local registered dietician, Rebecca Turner, RDN, CSSD writes in her book Mind Over Fork “…you must know what you want: you need a vision. What’s a healthy living vision? It’s a lifestyle that you desire that foremost keeps you at a healthy weight… It is easy to mistake the skinny smokescreen for your vision.” Recognizing the signs of unhealthy eating to look a certain way is the first step on a journey that takes work, but is worth it. Kettleman encourages: “Through this journey I’ve learned how to maintain a healthier diet – one that’s sustainable. I’ve also been able to encourage others by creating workouts for different body types, including my own. This experience has helped me to kill my pride, find my true source of contentment in Christ, and focus on the health of others, like my son.”

The overwhelming need to be skinny is as consuming as the struggle that those who are overweight face. The social consequences are admittedly different, but there is a real need for compassion in both situations. If body image becomes an unsafe issue, reach out for help. Being healthy and strong is a decision-based process, and sometimes help is needed to make those decisions good ones. Finding balance in life and applying grace instead of guilt is a daily achievement and worth pursuing. May 2019 be full of health and happiness!

Leah O’Gwynn Kackley lives, works, and homeschools in the Rez/Fannin area with her husband Jason and their three kiddos. She doesn’t know a single woman who hasn’t at some point wanted to change the way she looked, herself included. “Healthy” will look different on each person, but the goal is admirable, achievable, and worth the effort!

Ask A Pediatrician: The Covid Vaccine

The List You Are Missing in Your Prenatal Journey

Curfew Order in the City of Jackson Ends on Tuesday

Concentrating on the Mental Well-Being of our Children