It is the season of gift giving and I believe that everyone should get a toy for Christmas, regardless of age. This month in the Toy Box, I looked for toys/games for everyone.

First we have the Magnetic Creation Station from Lakeshore. This kit comes with one magnetic base and 35 metal building pieces. You can place the metal building parts on the magnetic base to create lots of different creations and it comes with an activity booklet to jumpstart your imagination. This kit is for ages 4+ and can be found on Lakeshorelearning.com for $30. You can also find a lot of cool toys on their website.

Next we have Coding Jam for Osmo. I wrote about the Osmo system back in February and Coding Jam is a new game for it. The game comes with 23 magnetic coding blocks which you use to interact with the Coding Jam app. In the app you’ll choose an instrument and use the blocks to direct the artist what to play. Using the skills of coding you create a musical jam that can be shared with friends. The game is for kids 5-12 years of age and can be purchased on playosmo.com for $59 along with other games for Osmo. 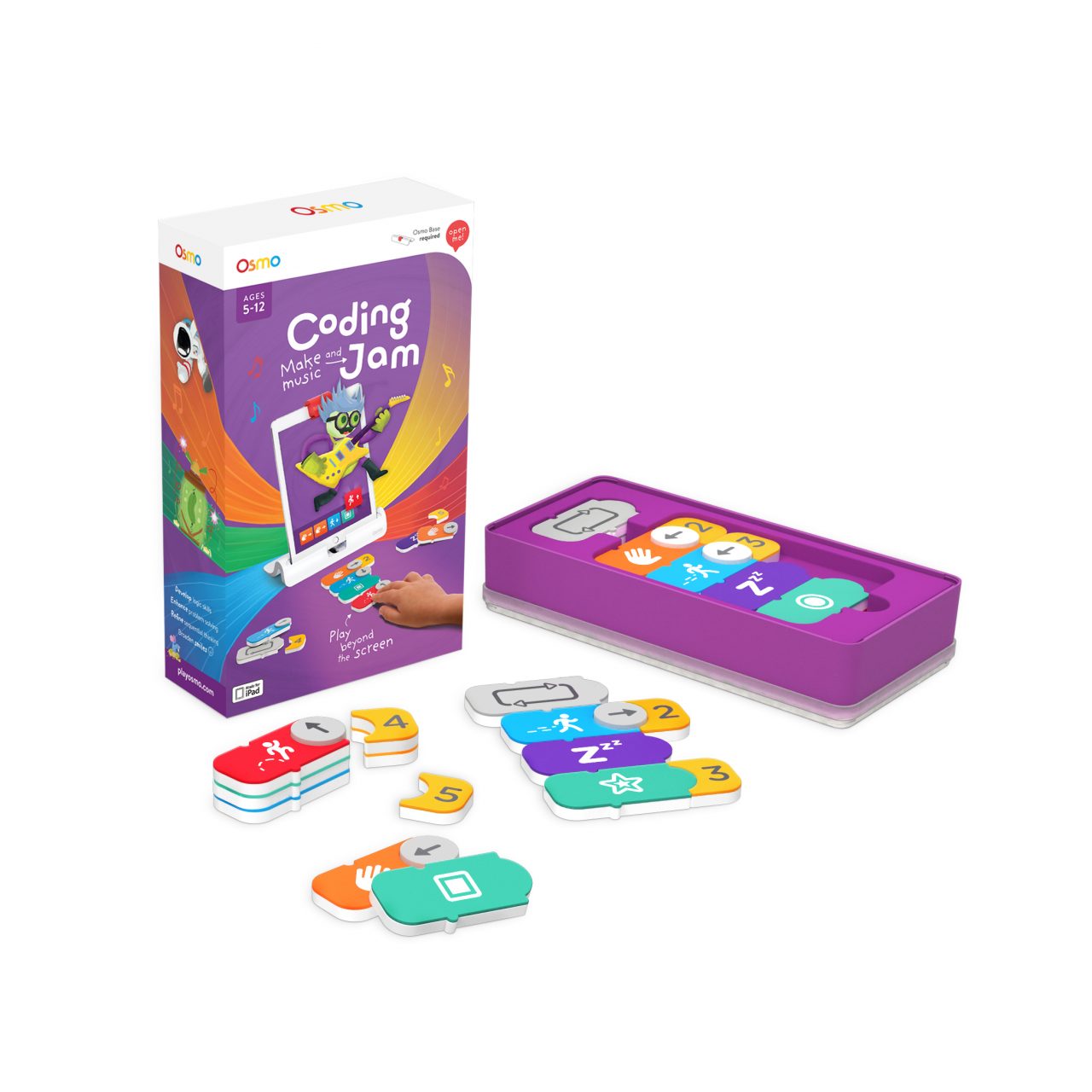 Next we have the game Utter Nonsense. Utter Nonsense is a card game that lets the whole family act silly by saying different phrases in different accents. Each player gets seven phrase cards and each turn there is a judge. The judge will turnover the top card on the accent card deck and each player picks a phrase from their hand to say in the accent. The judge picks the person who does the best job and they receive the accent card. The first person to get a decided upon number of cards wins. There are two versions of Utter Nonsense, a family friendly version for ages +8 and a naughty version for +18. Both versions do have oddly dressed men on the backs of the cards that parents should be aware of before purchasing. You can buy either version at Target for $25.

Finally, for teens and adults we have Destiny 2. Destiny 2 is a first-person shooter that takes place far into the future. Humans, Exos (robots) and Awoken (Decedents of Humans) work together to fight against different types of aliens, the Fallen, the Vex, the Hive, the Cabal and the Taken, who also fight amongst themselves. The story in Destiny 2 is far more engaging than the story in the first game which felt more like the set up to a story without resolution. There is a lot to do in the game from completing the story mission, running around to explore the planets while fighting in public events or joining other players and fight against one another in a PVP game called The Crucible, however some parts of the game require you to have either a Playstation Plus or Xbox Live account. As players level their character up, they receive random items dropped from the enemies that will level up your character’s power, making your character even more powerful after reaching the max level of 20. Each account can have up to 3 different characters so you can try out each of the three classes. You can choose, Titan, Hunter, or Warlock, and each of your characters share a vault, the game’s currency, and consumable items. The game is rated Teen for blood, language, and violence. It costs $50 on Amazon and can be played on the PS4, Xbox One, and later a PC version is coming out.