With so much of my time spent playing video games, it’s hard to believe that I have managed to add to my collection of board and card games. This month I’ve included some of my favorite unique card games. These deserve a spot on your family game shelf.

First we have Cardventures. Cardventures is a card game in which you choose your own adventure. Each game has its own setting and its own objective but they are played in the same way. The deck of cards is sorted into 4 (or 5) different colored decks. Play begins when you pick a random card from any of the decks. On each card it tells you what is going on and typically gives you two options, each giving you a color and number of another card. When you pick your route, you look through the color deck and find the number that matches your decision. You continue to read your adventure and pick the route you want to take. In the Cardventures box called Stowaway 52, you are a human trapped on board an alien ship heading to destroy earth. Your mission is to pick up every card in the deck without circling back on a card that you’ve already pulled. When you circle back the game is over and you add up the point values on each card to see which ending you get. The only good ending comes if you have all of the cards. In the box called Jump Ship!, you are a pirate moving from your ship to the ships of those around you trying to get as much loot as you can. This game ends if you circle back on yourself or get a card telling you to go to Mermaid Beach. On the beach you count up how much gold you acquired from jumping from ship to ship. You can get both of the first two Cardventures for $19 on Amazon and there are even more Cardventures coming out in October. 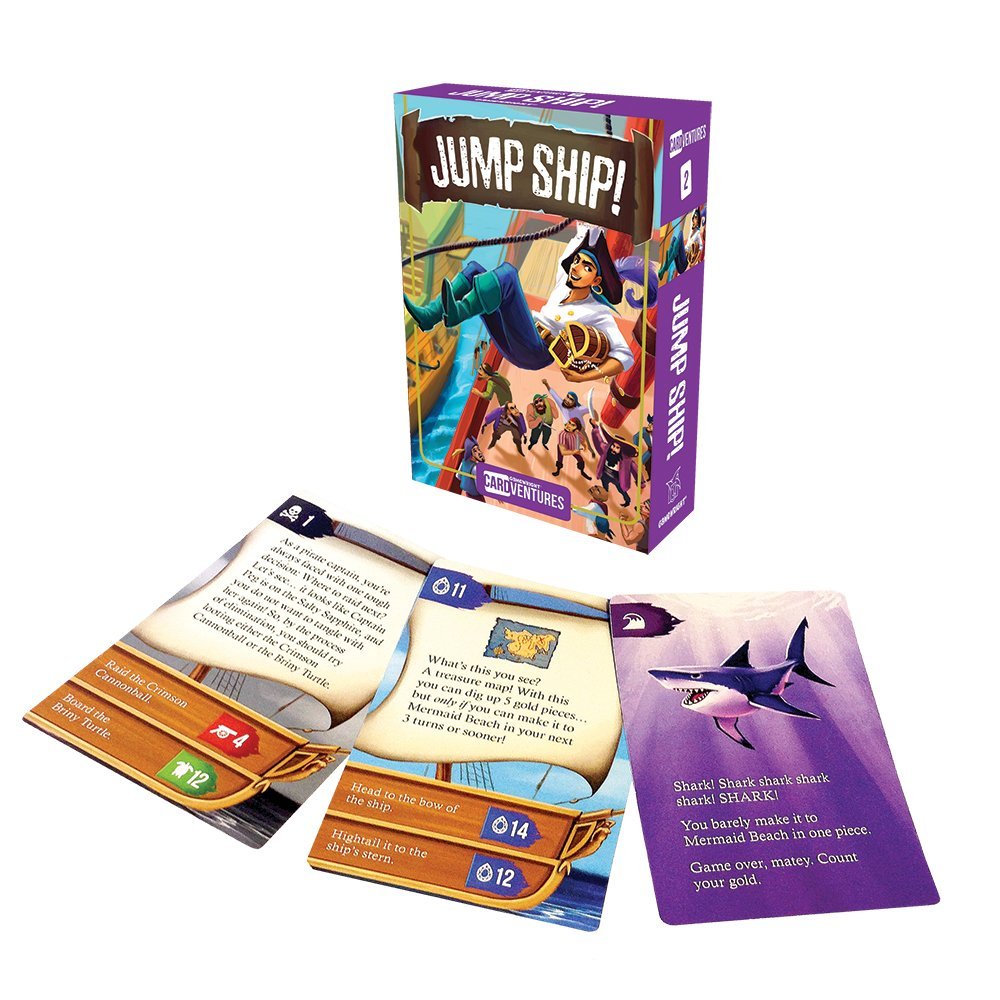 Next we have Mr. Jack. Mr. Jack is a two-player board game in which one player plays an inspector while the other plays Mr. Jack (the Ripper). The inspector’s job is to figure out which character on the board is Mr. Jack while Mr. Jack tries to stay hidden or escape the city. The game is all about deduction as players take turns moving the characters around the city to get them in the light or the dark. At the end of each round Mr. Jack reveals if he (or she) is in the light or the dark. Each character has a specific ability has to be used when the character moves. The best part of this game is that it challenges the players to strategize against each other while using very simple game mechanics. Mr. Jack costs $57 on Amazon. 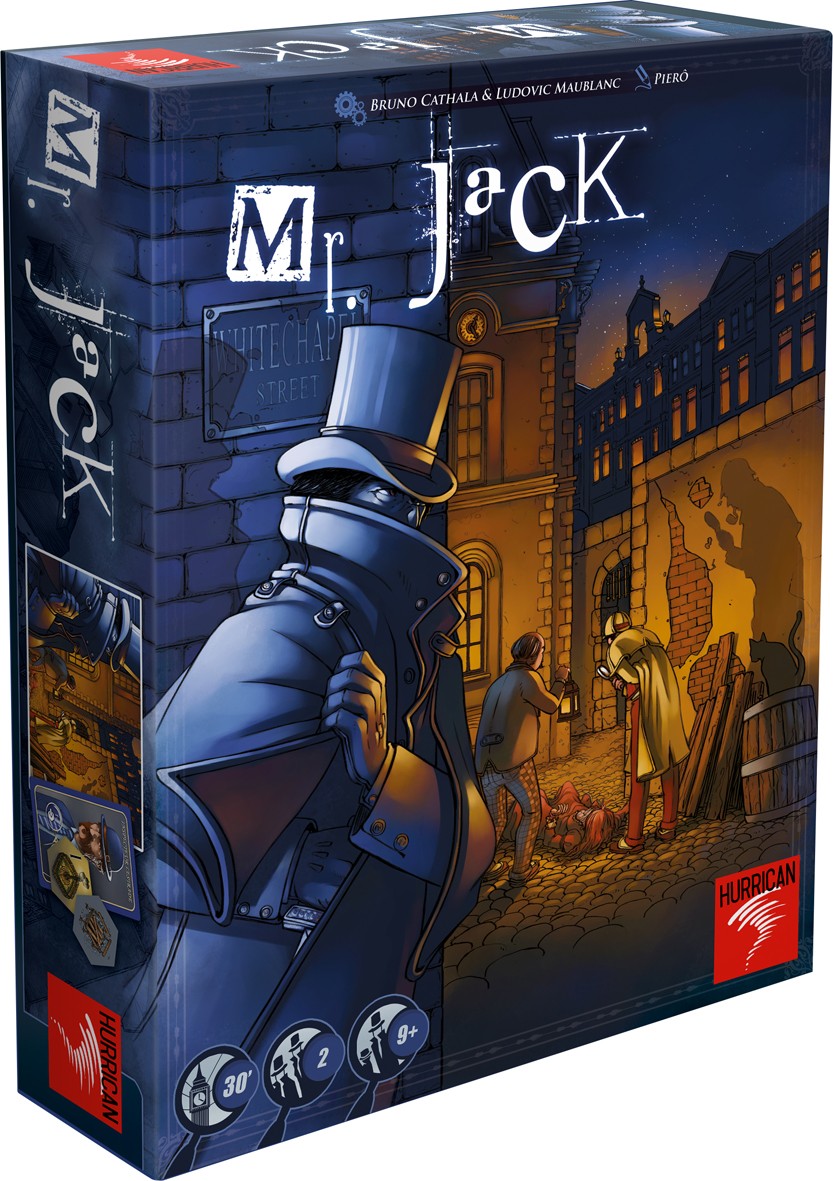 Finally, we have The Dragon & Flagon. In The Dragon & Flagon you play as one of the tavern patrons who each want to get the most reputation. The best way to do this is to fight all the other patrons in a good old fashion tavern brawl. You’ll throw chairs and mugs, pull the rug out from other people, and push tables at other patrons. The interesting thing about this game is that your deck of cards dictates all of your actions. You plan your actions ahead of time before the round begins and when the round starts, the patrons take their turns. Sometimes things you might have planned to do get foiled by what other people do so it takes a bit of thinking ahead. The cookies are important as holding on to them gets you access to a powerful card in your deck. The game ends when the town’s guards reach the tavern and break up the fighting. The Dragon and Flagon (or cookies) costs $39 on Amazon and I have to say that it comes with a lot of cool pawns. 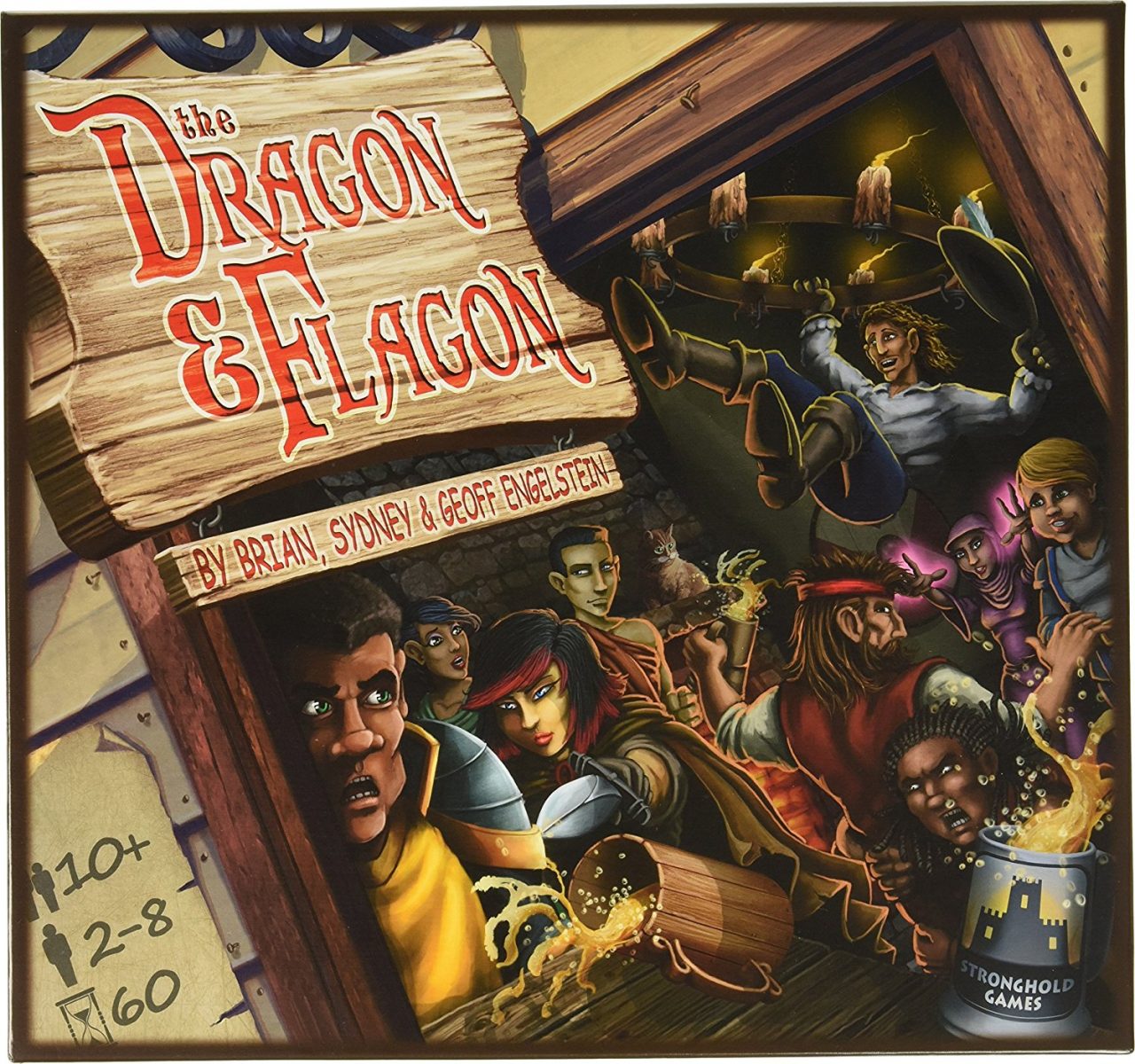 Scott’s Toy Box: Resolve to Play as a Family