Scott’s Toy Box: Learning On Your Off Time

I miss being a kid, sometimes. There was always a guaranteed yearly three month block in which I had nothing to do and nothing to study. The summer was my oyster and I could play, or sleep, or do whatever I wanted. Summer is a great time off from school but that doesn’t mean you have to stop learning. Studies show that reading during the summer, even if you’re reading whatever book you want, helps children retain the skills they’ve learned the previous school year and onto the next. This month in the toy box, I found a couple of games that will help you learn some new things as you relax and have fun this summer.

First we have The Biking Game, a board game of fun for the whole family. With questions on four different levels of difficulty, everyone has a shot to pedal all the way around the board and win. Questions range from naming parts of the bike, bike safety, true and false statements, and identifying bike tricks. There are also several spaces that tell you to go to the bike shop. When you arrive at the bike shop you read out a fun fact about bicycles, for instance “Road bike racing is one of the premier events of the summer Olympics.” The game is for 4 and up and can handle 8 players. It costs $25 and can be found at www.creativekidstuff.com. 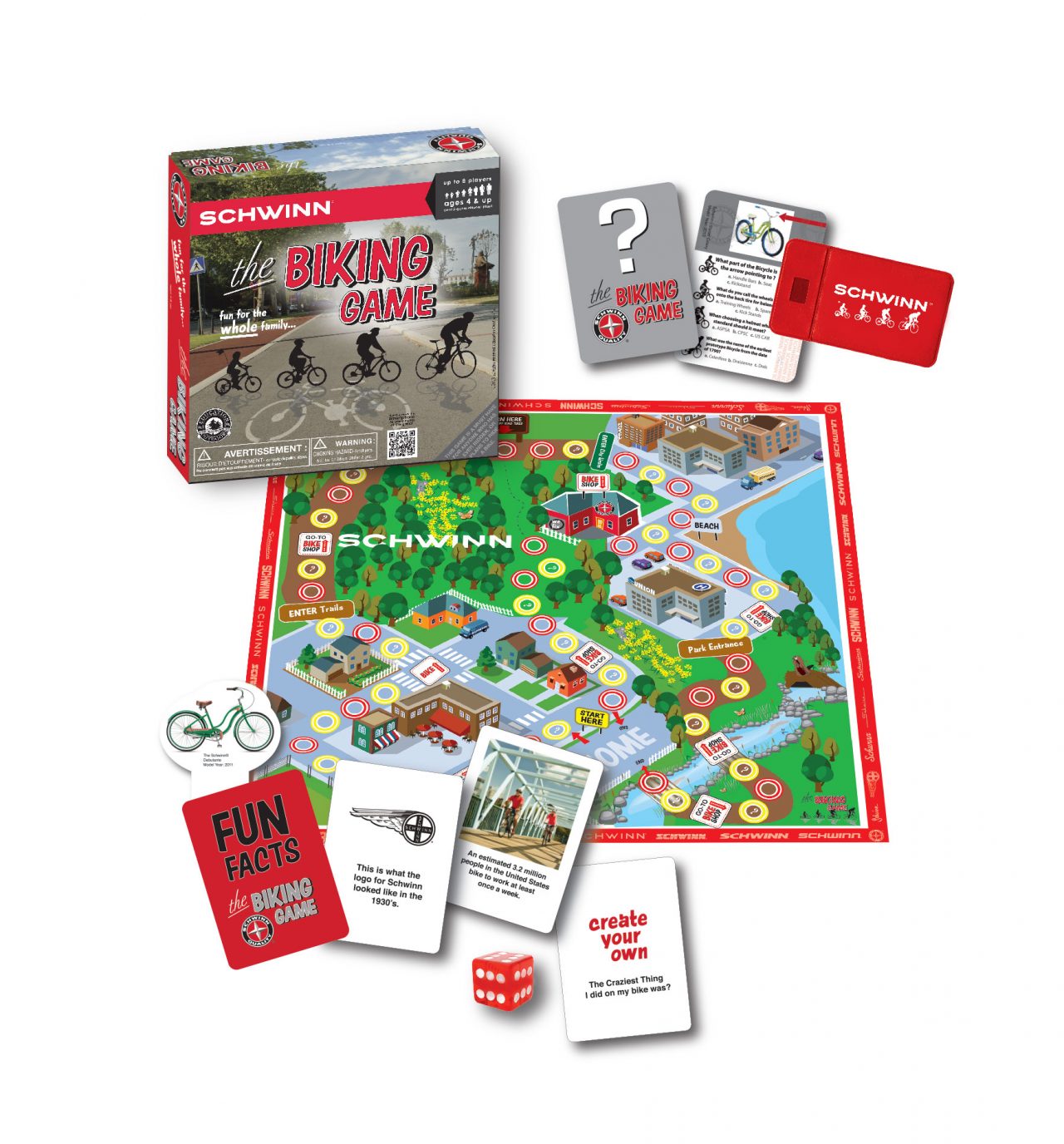 For those who are into numbers we have 20 Express. Similar to Bingo, 20 Express comes equipped with cards that have spaces on them. As numbers get drawn from the number bag, you place them in your train and the goal is to have the longest sequence of ascendingnumbers. Once all the numbers have been pulled, you divide you cars into sets of ascending numbers and then score them according to the score table. Then you add up your score and the person with the highest score wins. Some numbers can be pulled twice and there is even a wild tile that can save a sequence. The game focuses on logical thinking and figuring probabilities but it doesn’t hurt to have an extra bit of luck. The game is for ages 8 to Adult and can have unlimited players. It costs about $21 on Amazon.com.

Finally we have Spot It. Spot It is a very simple game. You have round cards with letters, numbers, shapes, words, etc. on them. There is always one, and only one, match between any two cards and the objective is to spot it. It comes with three different games. The first is similar to the card game War. You flip over two cards and whoever spots the match, they receive the cards and whoever has the most wins. The second is called The Tower. You give each player a card and then place the rest face up in the center. You use your card to match a card from the center and the first person to yell out the match gets the card to place on their tower. Their new card is now what they use to find the match with the new center card. The third game is called The Well and it’s the same as The Tower but in reverse. There is one card in the middle and all the rest of the cards are divided between the players. The goal in the game is to get rid of your stack of cards by spotting the match on the middle card and placing your card on top of it. There are many different Spot It sets.

The new ones that have come out are the Alphabet and the Shapes and Number sets for the younger players (ages 3 and up) and for the first graders there is a Basic English set that has words and pictures. They all cost about $10 on Amazon.com.

Scott’s Toy Box: Connect A Kinect To Your Xbox