My family’s first video game console was the Nintendo. We had Super Mario, The Legend of Zelda, and that Olympics game that came with the mat where your hands got more of a workout than your feet (you cheaters!). I was only 2 years old when the Nintendo console came out in the US, so my whole life I’ve played video games. This month in the Toy Box, I’m highlighting three great video games.

Recently to come out for the Wii is Mario Sports Mix. Mario has tackled racing, soccer, tennis, and baseball. He’s even played against a blue hedgehog in some Olympic games. Now, in Mario Sports Mix, he adds four more sports to the list: volleyball, basketball, dodge ball, and hockey. Each game is fun to play, and like other Mario sports games, you can gain items to help you, such as turtle shells that knock your opponent off his feet. Although each game is played differently, the controls are simple to understand and don’t differ that much between games. You can also choose between playing with the Wiimote and the Nunchuck or just the Wiimote. If you don’t feel like playing as Mario or his crew, you can play as your Mii. You can also choose between having two or three people on your team. I found dodge ball and hockey to be my favorites of the four. The game is rated E for Everyone and can be found on Amazon.com for $50.

Also out for the Wii is Disney’s Guilty Party. In this game you play as one of seven detectives from a family of detectives. The head of the family is retiring from the detective game, and just as soon as he’s handing the office keys over to his wife, she’s kidnapped by his arch nemesis Mr. Valentine. From there, you and the other detectives move from room to room searching for clues and interrogating suspects in the form of mini games (some are real easy and some can be a bit difficult). You collect clues until you’ve found four clues that tell you the hair length, height, weight, and gender of the guilty party. Once you have these, you can accuse the suspect in order to win. The game feels somewhat like a board game when you’re running around from room to room. There is a bit of a strategy that comes into play, because each time you do something like move or search for clues, you have to play a token. When you run out of tokens, you end your turn, and the guilty party will escape after so many turns. After completing an episode, you can replay it, and it will have a different outcome. The game is rated E for Everyone and can be found on Amazon.com for $30.

A much-anticipated game that recently came out is Marvel vs. Capcom 3: Fate of Two Worlds for the Xbox 360 and PS3. This is a fighting game much like Street Fighter (which is owned by Capcom). In this game, you choose a team of three and fight other teams of three all the way to the big boss, Galactus, in the arcade mode. There are other modes for training, and of course you can fight your friends (or people on-line) in some “versus” modes. You can play as Wolverine or Spiderman, but this game isn’t for young children who may want to play as these characters. Although there really isn’t bloodshed or dismemberment like in a Mortal Kombat game, there are scantily-clad women featured in the game, and some of the characters say things you probably don’t want your children repeating. The game is rated T for Teen and can be found on Amazon.com for $60. 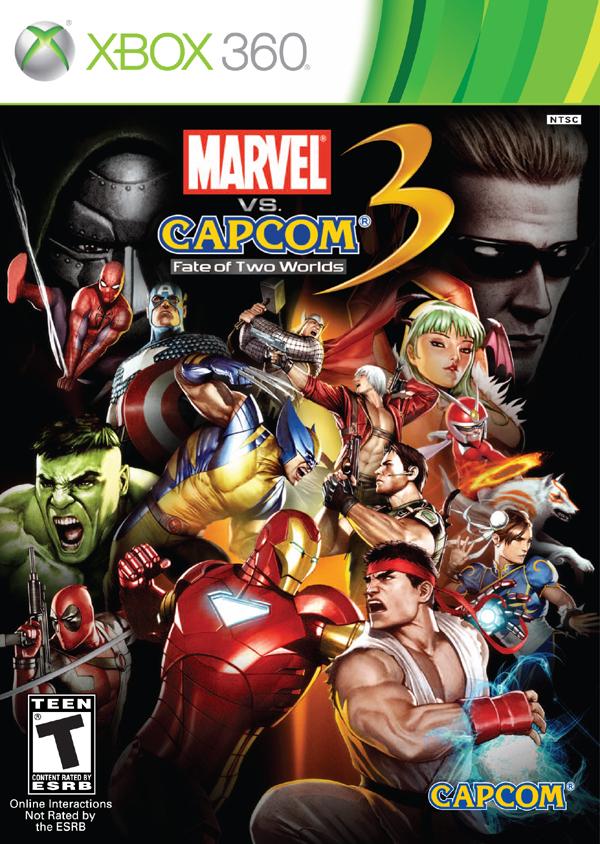