With summer here and kids having more time on their hands, it is the perfect time to start a Family Fun Night.  Once you find a night that’s right for everyone, here are some games and toys that your family should look into.

First, there is Clue: Secrets and Spies.  Clue is my favorite game, so I, of course, bought this as soon as it came out last year.  It still deals with “who, what, and where,” but that is the only similarity (besides the name of the game and the characters) that it shares with the original Clue game.

In Clue: Secrets and Spies, everyone gets a secret identity (the who), which is drawn from the identity cards and is kept secret until the game ends. This solves the argument over who gets to be Scarlet. The object of the game is to have your identity score the highest on the scoreboard.  To do this, you need to gain the most points and to gain these points you use cards to hold secret meetings (the where) and complete missions (the what).

Basically, to hold secret meetings, you have to be in a certain city with a certain character. When that happens on your turn, you get the secret meeting card.  Tocomplete missions, a player must have two certain objects (the ones on his mission card) in his object squares in order to succeed in his mission and get to draw another mission card.  Now, while this is happening, there are tokens that are also receiving points, so you may be scoring a point for another player while collecting your cards.  However, card points are tallied at the end of the game, which will count for moving your players’ game tokens up.  The game ends when the black token meets any of the player tokens.  Then, cards are counted, and whoever is at the top of the point system goes first.  Each player moves point by point (each card is one point), skipping any space occupied by another player’s tokens. And that’s the basic game play.

I hope you’ve been following so far, but if you’re completely confused, I’m not surprised.  Clue: Secrets and Spies is not your regular Clue game and is hard to explain.  If you purchase this game,  read the directions carefully, and play some practice rounds.  The game can be played with just two players, so start off playing a practice game with one other person, and then invite others to play, with someone standing by who can help explain things when they get confusing.  The game sells for $19 on Amazon.com. 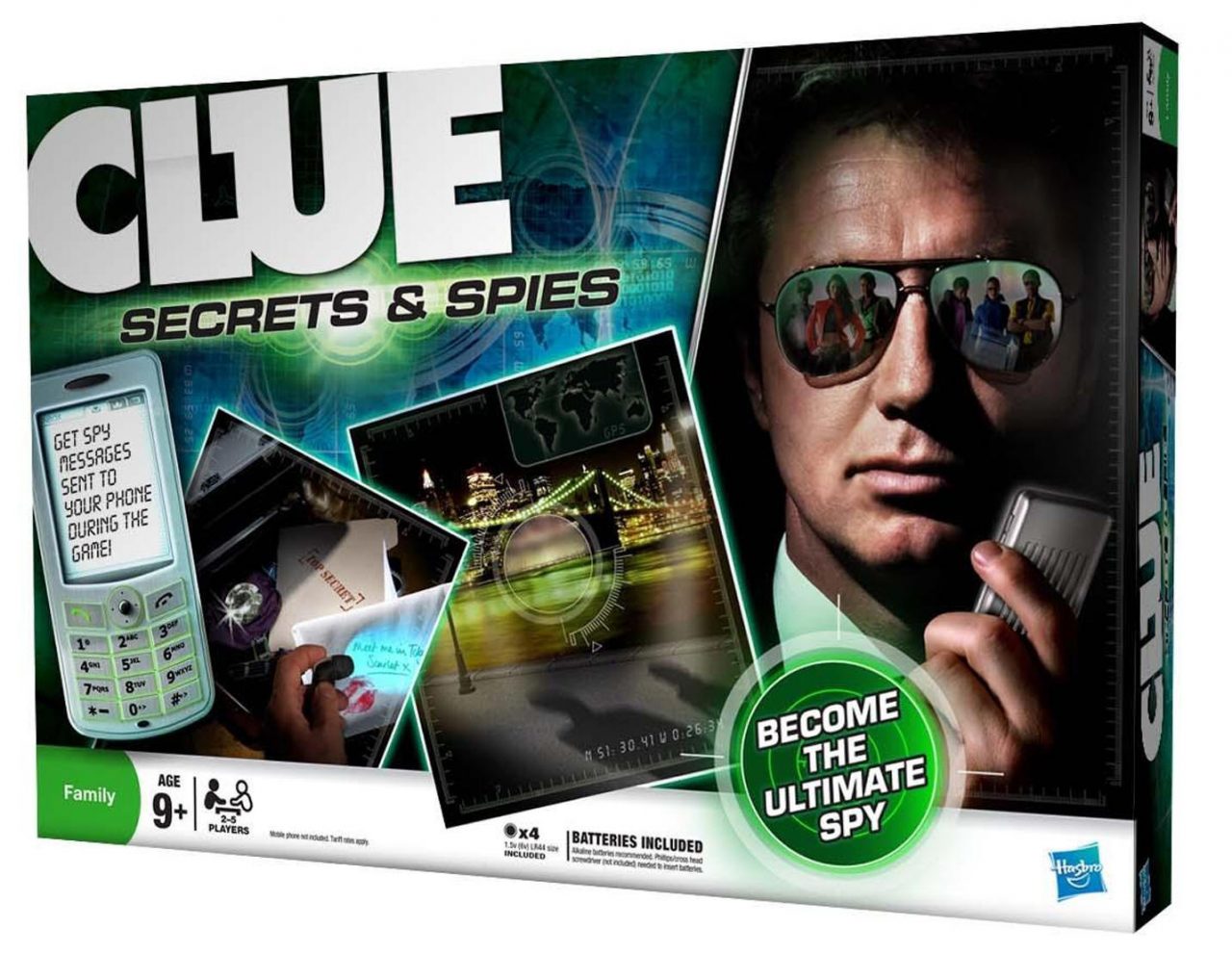 If basic Clue is more your style, try finding Clue: Secrets In Paris.  The suspects are a high school drama club, the props are the same weapons from Clue: Discover the Secrets (See my review from August 2009 on my toy blog), and the places are landmarks in Paris.  Finding the game may be the hard part, because apparently it’s no longer in production.  If you’re in the mood for a hunt, I highly suggest scouring the internet or local toys stores for this. 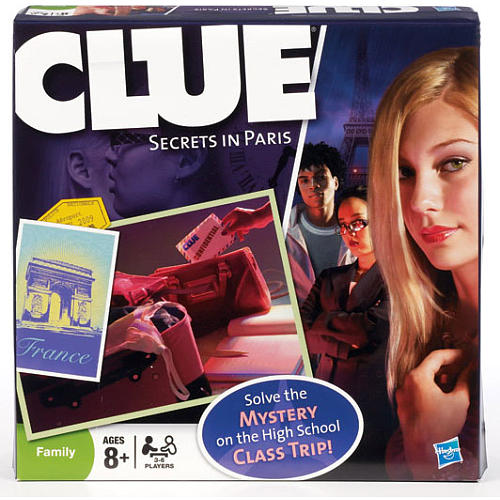 Next, you can’t beat good classic board games.  One that I’ve recently developed an affection for is Sorry!  If you haven’t played it, it’s simple to get into.  There are four pawns for each color, and each one has to make it from the start position all the way around the board and then up a little walkway to its home.  Cards drawn by each player determine how many spaces to move.  Each card has a purpose:  Players can only move pawns from the home row after drawing a “one” or “two” card; the “two” card allows the player to draw again; the “four” card moves the player’s pawn backwards; the “seven” card can be split between two pawns; and the “Sorry” card allows you to take someone’s place on the board, sending his pawn back to the start position.  The instructions even include additional rules that will expand the game for older players.  It sells for $15 on Amazon.com. 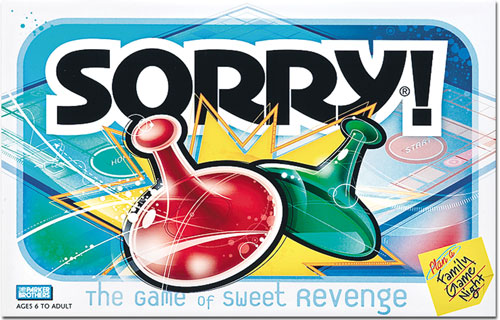 And lastly, try Make These Toys for Family Fun Night.  Make These Toys is a book that gives you the instructions to create 101 toys. The projects in the book are separated by the main type of materials used.  For instance, there is a section for clothespin projects and another for drink container projects.  The projects are simple to make, and once you complete your projects, you have more toys to play with.  We’ve enjoyed this book so much that this is our second mention of it.  In our June issue, we featured instructions for making a great party favor, one of the many homemade toys included in this book, which sells for $10 on Amazon.com. 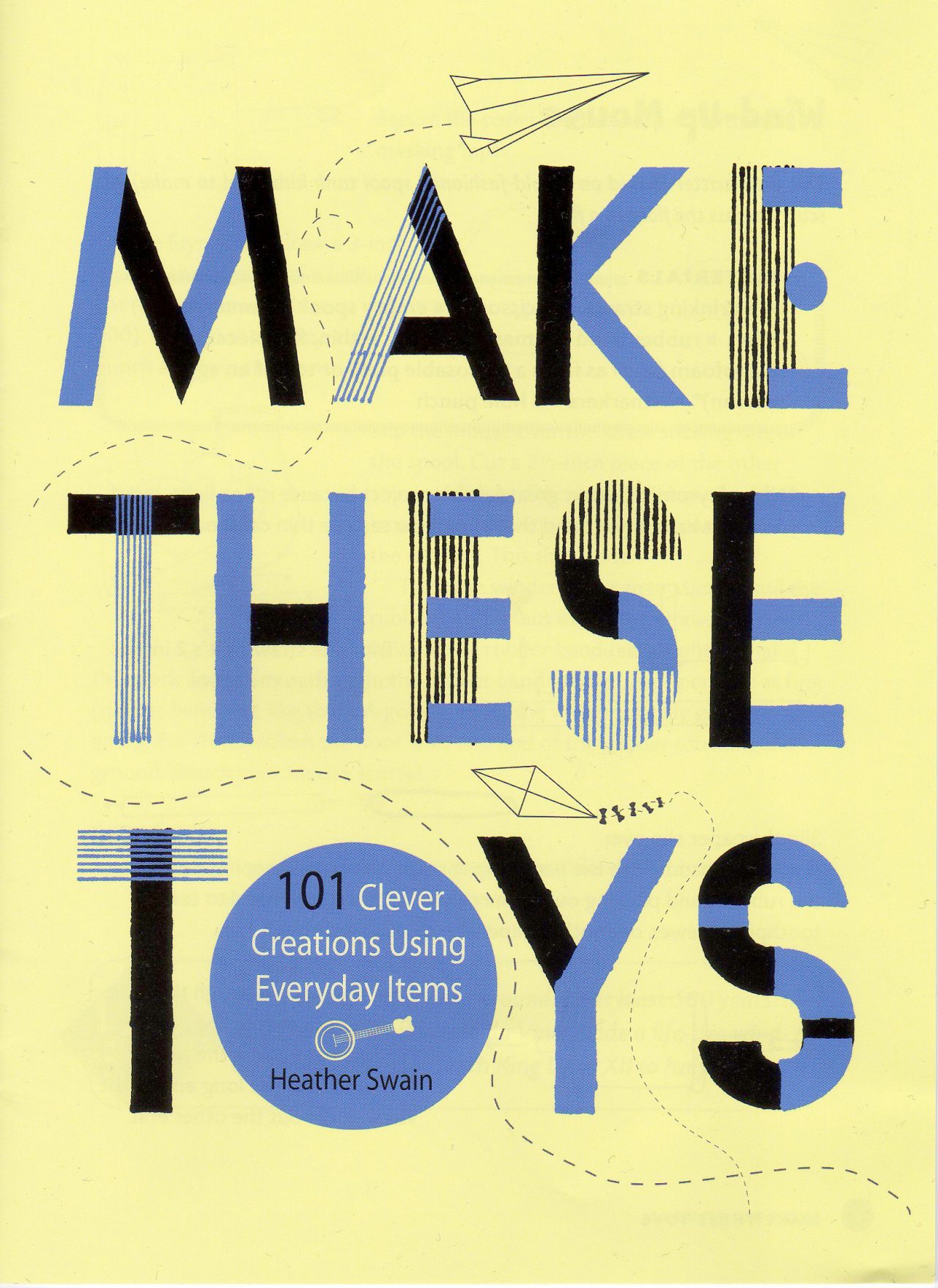